Brexit has unleashed complex and often interconnected consequences that impact on Ireland and the UK. Consequently, the context of British-Irish cooperation is now fundamentally altered. The dramatic changes that have occurred since 2016 have led to two burning core questions: how to define the relationship now, and the future path of British-Irish relations, writes Etain Tannam (Trinity College Dublin).

During the 1990s, with the signing of the 1998 Belfast/Good Friday Agreement, the term ‘British-Irish’ was introduced to replace ‘Anglo-Irish’, reflecting the need to emphasise the totality of the relationship between the islands (the ‘East-West’ relationship), not simply relations with London. It was associated with an era of unprecedented cooperation, where a shared understanding governed policy to Northern Ireland. In the run-up to the Brexit referendum in 2016, it was hoped that both governments would continue to cooperate strategically as they had done in the 1990s, to protect Northern Ireland, the soft border, the Good Friday Agreement and the British-Irish economic relationship. In fact,  after the Brexit referendum an during the campaign, it was clear that the UK government’s commitment to a joint British-Irish approach to the border issue was largely absent and the relationship was in a process of adaptation. Faced with these dramatic challenges, two core changes are likely to occur in Irish policy to its neighbouring island: Firstly, a concentration of resources by the Irish government is likely, on developing networks and contacts between civil servants, businesses and civil society actors to help compensate for the loss of joint EU networks. Secondly, increased diversification of the relationship by the Irish government is also likely, so as to develop relations with Scotland and Wales, as well as key cities such as Manchester.

The term British-Irish cooperation encompasses British-Irish intergovernmental (that is Dublin-London) cooperation, but also relations with Scotland, Wales and the Crown Dependencies. It was a term coined in the context of UK and Irish membership of the EU and also in the context of a United Kingdom of Great Britain and Northern Ireland. When the Good Friday Agreement was signed, Irish unification was regarded as a very distant prospect and Scottish Independence had not gathered its current momentum. The term suited Unionist emphasis that Northern Ireland was a region of the UK and should develop links with other British ‘regions’ – Scotland and Wales. It also fit with the EU’s emphasis from the early 1990s on a ‘’Europe of the Regions’, cross-cutting state boundaries. The terminology ‘British-Irish’ echoed the terminology in the 1998 Agreement, whereby Strand 3 provided for the British-Irish Intergovernmental Conference (B-IIGC) and the British-Irish Council (BIC).

In practice, in the 1990s, not surprisingly, the British-Irish relationship was primarily concerned not with multiple relations between Dublin, Westminster, Edinburgh and Cardiff, but with a core intergovernmental relationship between Dublin and London. EU-funded projects such as Interreg incentivised cooperation with Scotland and Wales, but generally, cooperation was small-scale and low-key. The London-Dublin relationship appeared to go from strength to strength with state visits by Queen Elizabeth to Ireland in 2011 and by President Michael D. Higgins to England in 2012. However, the impact of Brexit in the past 3 years has altered the British-Irish relationship. Since Brexit, relations seem to have harked back to darker times, though none as dark as during the conflict in Northern Ireland. The Dublin-London axis has come under increasing pressure.

Soon after the 2016 referendum ‘cracks began to appear’ in the relationship. As the 1st phase of the EU-UK negotiations began, UK weak engagement with the Irish government continued, despite intense efforts by the Irish government. Negative portrayals of the Irish government in some UK media and some less extreme, but nonetheless negative stereotyping of the UK in some Irish media, became increasingly common.  As recently noted on this blog, both governments’ rhetoric hardened.

However, it was still tempting to think that the apparent downturn in the relationship was superficial and that it was fundamentally robust. From 2017, the UK government’s engagement increased, largely due to successful lobbying by Irish diplomats and politicians and strong EU commitment to protecting the soft border and the 1998 Agreement. It became apparent, albeit belatedly to the UK government, that EU member states would remain unanimous on the border issue. Closer cooperation ensued.

Thus, the announcement of the Withdrawal Agreement in November 2018, by then Taoiseach Leo Varadkar, was made with considerable warmth towards then UK Prime Minister Theresa May. Moreover, relations between officials were often stronger than might seem obvious and both governments emphasised the need to build deeper and wider networks between Ireland and Britain so as to compensate for the loss of EU networks. In May 2019, both governments signed a Memorandum of Understanding to formalise the 1948 Common Travel Area agreement. In January 2020, the announcement of the then Secretary of State, Julian Smith and then Irish Minister for Foreign Affairs, Simon Coveney of the New Decade agreement and resumption of the Northern Ireland Assembly after 3 years, was a reminder of the uniqueness of the relationship and its success.

However, despite these positive events, it is clear that the context that bred the evolution of British-Irish cooperation is now permanently altered. The dramatic changes that have occurred since 2016 lead to two questions about the British-Irish relationship: how do we define it now and what is its future path?

The definition of the relationship is more fluid than in the 1990s. It seems that the assumption that there is long-term robust mutual trust between both governments and predictability in the relationship has greatly weakened. Overall, there are 6 key changes to the pre-2016 context:

These fundamental changes imply that the qualified optimism of 2016 is clearly misplaced in 2020. Brexit has unleashed complex and often interconnected consequences that impact on Ireland’s relationship with the UK. They may be unintended, but there is little evidence that the UK government is particularly concerned about them, despite their transformative characteristics. So as regards the British-Irish relationship there are far more uncertainties now, there is far less predictability in the UK government’s behaviour and there is an emerging picture that the old ‘rule book’ has been revised, or destroyed. It cannot be assumed either that a Labour Party in government in the UK would signify a return to the halcyon past substantively. Until the peace process, the Labour Party did not have a strong track record in policy to Northern Ireland and Jeremy Corbyn did not prioritise it in his approach to Brexit.If the definition of the relationship is more fluid, then what is its future? To survive, the relationship must adapt, but with one key continuity: The Belfast/Good Friday Agreement and its bilateral institutions will be vigorously protected by any Irish government and the EU has also stated its commitment many times. The Irish government will continue to nurture relations with Westminster and will aim to protect the strong relationship at civil service level, as well as maximising cooperation between the Executives. However, otherwise, there are likely to be two main adaptations: First, the development of new networks between civil servants, politicians, businesses and cultural groups, creating fora for policy learning and exchange of ideas. The 1998 Agreement may well lend itself to spawning some of these networks and its institutions may link into new networks. Both governments have referred to the need to develop and deepen networks. Under the radar, officials in both governments have continued to have good relations and cooperate on various technical and policy issues.

Secondly, diversification away from a central focus on Westminster is likely to occur. The Irish government has increasingly focused resources on building networks in Scotland, Wales and the North of England. Its consular office in Edinburgh has expanded and in 2019 its Consular Office in Wales was re-opened. Enterprise Ireland, the government agency to support Irish businesses and trade, opened an office in Manchester in 2019. Both Scottish and Welsh governments have been nurturing links with Ireland and these are likely to increase. The Scottish and Irish governments have launched a significant review of relations, seeking to develop business and cultural links and it is intended that a smaller scale review is to begin between Irish and Welsh governments. Both governments have pro-active representatives and hubs in Dublin, based in the British Embassy.

The past three years have been a bleak time in the history of the British-Irish relationship and although not as bleak as in the 1970s and 1980s, the bleakness is marked by an awareness that the relationship in many ways has regressed, after decades of improvement. Recent events have lessened trust in the UK government. However, Brexit has heightened awareness among Irish officials of the broader British-Irish relationship and the need to focus on developing wider-ranging sectoral networks as well as stronger bilateral links with Scotland and Wales. Both Scotland and Wales are receptive to such links. In this way hopefully, the two islands will continue to be, in ‘the shadow and shelter of each other’, but the term ‘British’- Irish cooperation may well become an anachronism in the decades to come.

This post represents the views of the author and not those of the Brexit blog, nor LSE. Image: Public Domain. 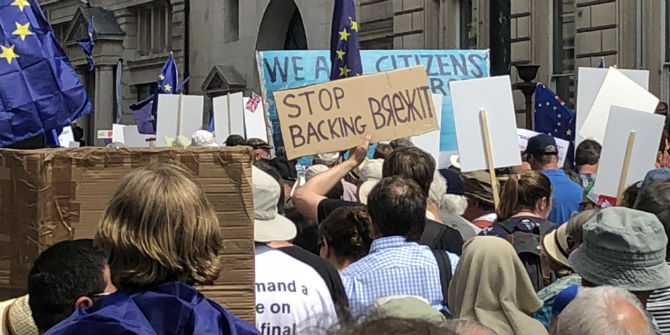 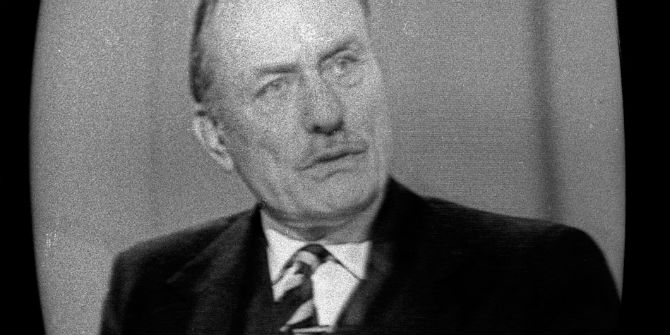