The inflow of funds from financial investors gave rise to the phenomenon, argue Zeno Adams and Thorsten Glück

Ten years ago, a course on commodity markets would teach students that commodity returns are uncorrelated with the returns of other financial assets. Commodities were praised as excellent portfolio diversifiers, providing financial protection when it is needed most. Since the early 2000s, however, the behaviour of commodity prices has changed in fundamental ways. Popular investment commodities such as crude oil or gold have shown large price swings that are difficult to explain by economic fundamentals alone. Commodity returns started to co-move with the general stock market.

More generally, commodities started to behave no longer like physical assets but more like financial assets. This phenomenon is actively debated in the academic literature as the “financialisation of commodity markets”. There is widespread agreement that this phenomenon is caused by the inflow of funds from financial investors. These investors include pension funds, insurance companies, and other institutions that traditionally had little exposure to commodity markets but discovered them as an attractive asset class at a time when stocks and bonds appeared too unprofitable or too risky. 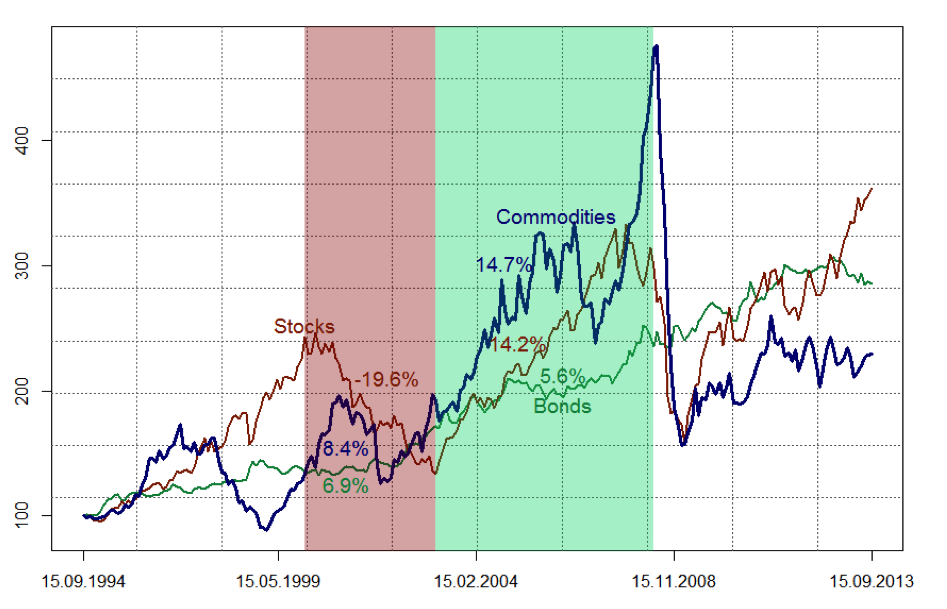 Inflows were small at first, but grew from $ 15 billion in 2003 to $ 250 billion in 2009. The size of institutional money flowing into commodity markets exposed commodity prices to the investment behavior of financial investors. During the early 2000s, inflows caused commodity prices to grow faster than the prices of stocks and bonds. The situation changed with the fall of Lehman Brothers in September 2008 when investors suddenly reversed the direction of these flows.

Faced with sudden liquidity shocks, many investors were forced to close their outstanding commodity positions to compensate for losses on other assets. In effect, the commodity positions of financial investors served as a conduit for transmitting shocks from stock markets to commodity markets. The simultaneous fall in prices for these two markets is reflected in the data as a distinct jump in the correlation between both assets.

Investment styles are used in the finance literature to describe the idea that investors form asset categories such as small-cap stocks, value stocks, and oil companies. This classification is useful to investors because it simplifies portfolio investment decisions and enables them to evaluate the performance of portfolio managers relative to a benchmark. The assets categories are often called “styles” and portfolio allocation based on styles rather than individual securities is called “style investing”.

Our hypothesis is that as commodities started to become a significant part of financial investors’ portfolios, they were treated as a new category within the universe of stocks. As a consequence, commodities became part of a more general equity style. As investors draw funds from one asset class and invest it into another this form of allocation generates coordinated demand shocks. Style investing therefore causes co-movement among assets within a style. The assets may be unrelated on a fundamental level but the co-movement is real. We provide empirical evidence that is in favor of such a view. We disentangle the crisis effect from the style effect and conclude that the current exposure of commodities to shocks in the finance industry is entirely due to the style effect. 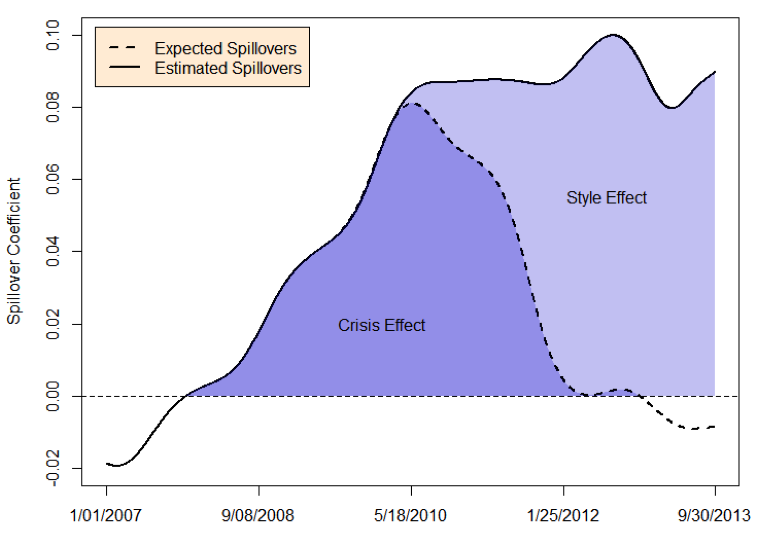 A natural question that arises from our analysis is whether the shift in risk spillovers is permanent or whether commodity prices will return to their pre-crisis behavior. The literature on style investing finds that when style investors move prices away from fundamental values, they generate reversals in the long run. Our empirical results indicate that a reversal should only be expected if commodity index traders stop their active role in commodity futures markets.

Featured image credit: the Chicago Board of Trade, by Lars Plougmann CC-BY-SA-2.0

Zeno Adams is an Assistant Professor of Finance at the University of St.Gallen, Switzerland. His main research interests are empirical topics in commodity markets and real estate finance.

Dr Thorsten Glück is with Frankfurt based consultancy d-fine GmbH. His consulting activity focuses strongly on quantitative modeling of commodity derivatives. He studied economics and econometrics at the University of Freiburg and European Business School and takes currently part at the MSc. Program in Mathematical Finance at the University of Oxford.