To avoid systemic corruption, entrepreneurs in some countries choose to stay small

To avoid systemic corruption, entrepreneurs in some countries choose to stay small

In many transition and post-conflict environments, the nature of corruption is systemic and permeates many spheres of everyday life. It ranges from petty bureaucratic corruption to more organised corruption in the upper echelons of big business and politics, and undermines productivity and governance. For entrepreneurs trying to establish themselves across the Balkans, corruption has become an aspect of their business activities that needs to be considered and managed if they are to survive, let alone grow.

Since corruption is an everyday feature of the economic landscape, our research has found that it is factored into the decision making and business planning of entrepreneurs in much the same way as paying tax. It is regarded as inevitable rather than extraordinary or unusual. In many respects the expectation of corruption enables entrepreneurs to be prepared, a notion that would be alien to the average entrepreneur in the UK. However the prospect and practice of corruption is something that needs to be understood, as well as better understanding the implications for the individual entrepreneur and wider socio-economic impacts.

Beyond being faced with the prospect of petty corruption, our recent research found that for many entrepreneurs looking to grow their business described how they often came to face a choice. They either become the subject of corruption or engaged in corrupt activities themselves. This situation either sees the entrepreneur experience the cost of corruption to their business or perpetuate corrupt practices which incurs costs to society. In both cases there are implications for economic productivity and growth, and often the illicit nature of corruption increase the prospect of further negative socio-economic externalities.

We conceptualise the devil’s circle as follows (figure 1). The pursuit of entrepreneurial activity, whose size is per se constrained by the devil’s circle, is inevitably going to lead entrepreneurs to become subjects of corruption or to be embroiled in corruption themselves. The larger the size of their activity, the bigger the risk entrepreneurs are exposed to. As the business grows, there is also the involvement of a larger variety of actors: especially in Bulgaria, there is a tendency among more established businessmen to bully up-and-coming competitors or to try to overtake their business at a knock-down price, often with the help of complacent government officials.

These dynamics act as an incentive to keep the businesses small, and the whole system is underpinned by an institutional environment which stimulates informalities, not least because of excessively bureaucratic and cumbersome procedures (though it has to be noted that there has been some – though insufficient – progress in both countries on the legislative front). The perception that such practices are ‘mainstream’ further normalises them and makes them appear as inescapable. 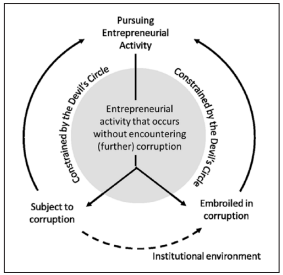 The main variation we find between the two countries is that small-scale bribery is much more common in Romania, whereas Bulgarian entrepreneurs keep experiencing consistent problems with large-scale organised crime. Part of the reason of this lies in the speed of reforms: while Romania was able to enact reforms more quickly, favouring a larger number of small-scale entrepreneurial activity, Bulgaria’s reform process has been much slower.

Following the downfall of socialism in the Balkans, governments were slow to recognise the potential of entrepreneurship, instead privileging large employers and inward investment. However, the wider entrepreneurial turn which has captivated the global economy has gradually begun to gain traction with governments across the Balkans. That said, and despite public policy rhetoric extolling the virtues of entrepreneurship, little progress has been made in developing the conditions to foster more productive entrepreneurial activity.

Like other countries looking to leverage entrepreneurship for economic development, many Balkan governments have embarked on structural reform programmes of regulatory institutions (in part due to EU accession requirements). However the reality has meant that the design of policies and programmes, as well as their implementation, are often not one and the same thing. Coupled with this, the weak enterprise culture across the Balkans, which is symptomatic of former centrally planned economies, still serves to hinder entrepreneurs, and often sees them stereotyped as criminal or deviant.

Tim Vorley is Professor of Entrepreneurship at the University of Sheffield.

Nick Williams is Lecturer in Entrepreneurship at the University of Sheffield. 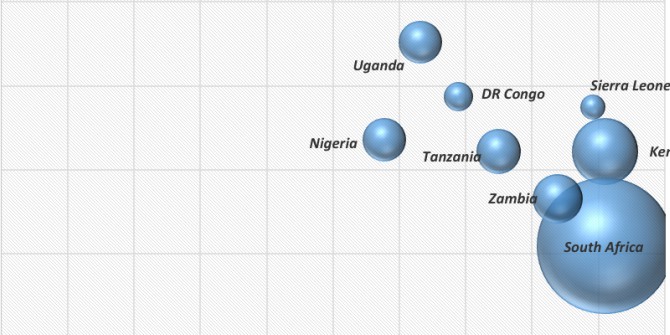 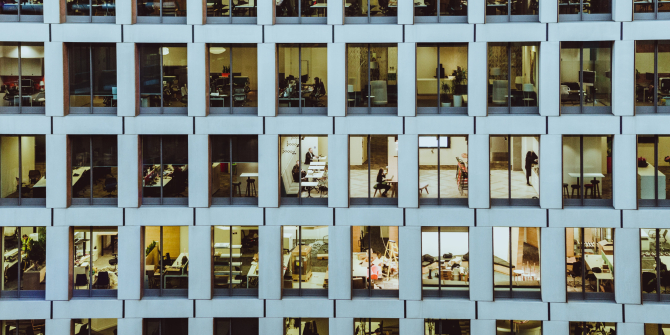