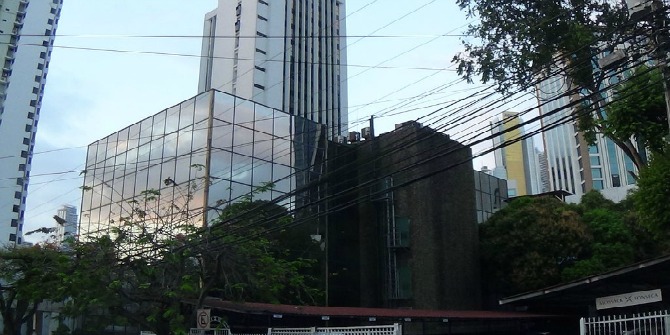 David Cameron, the European Commission and the OECD have all promised to get tough on tax avoidance in response to the Panama Papers leak. Any measures they take will be part of an international political process begun almost 20 years ago at the OECD, the organisation charged by the G8 and more recently the G20 to develop international standards as part of the fight against tax avoidance and evasion. To understand the significance of the Panama papers, we need to understand that process.

In his account of the OECD’s Harmful Tax Competition project, Jason Sharman describes how its initial ambitions were watered down to what Tax Analysts’ Martin Sullivan refers to as “a series of toothless pronouncements, a mixture of cheerleading and scorekeeping.” In 1998, an ambitious initial report set out a now classic definition of ‘tax haven’, but subsequent work focused on only one of its four elements; a list of ‘uncooperative tax havens’ published in 2000 was gradually emptied despite many of the problems identified by the OECD still existing.

According to Sharman, this failure came about because the OECD lost a battle of ideas and language, not an economic (or, for that matter, military) one. “The technocratic identity of the OECD as an international organisation comprised of ‘apolitical’ experts” resulted in a battle waged in a rhetorical and normative space – over the definition of ‘international standards’ and who got blacklisted – rather than one dominated by the calculus of economic power. “The OECD made the struggle with tax havens a rhetorical contest, that is, one centred on the public use of language to achieve political ends.” The OECD was able to do this not because of the economic dominance of its members, but because of the secretariat’s use of “expert authority” to create influential regulative norms.

Opponents forced the OECD to abandon key planks of the project by turning its rhetorical weapons against it. They portrayed the OECD’s proposal of sanctions against tax havens as a contravention of the principle of fiscal sovereignty; they turned the term ‘harmful tax competition’ back on the OECD, forcing it to defend its pro-tax competition stance and eventually to replace the term with ‘harmful tax practices’; they alleged hypocrisy among OECD countries, pointing to Luxembourg and Switzerland’s refusal to be bound by the project’s outcomes. If the project had been primarily a manifestation of raw state power, these rhetorical skirmishes would have mattered little to the eventual outcome.

Turning to the Panama papers, the OECD continues to focus on its rhetorical influence. It has published a Q&A, stating that the problem is “Panama’s consistent failure to fully adhere to and comply with international standards,” unlike “almost all international financial centres including Bermuda, the Cayman Islands, Hong Kong, Jersey, Singapore, and Switzerland.” The Q&A promises that:

As part of its ongoing fight against opacity in the financial sector, the OECD will continue monitoring Panama’s commitment to and application of international standards, and continue reporting to the international community on the issue.

On one hand, the OECD’s normative claims are more powerful in 2016 than in 1998 because its claim to be the custodian of ‘international standards’ has more weight as a result of the increasing involvement of some non-OECD countries in its various tax projects. On the other hand, the ongoing peer review approach seems to implicitly concede a conservative notion of procedural fairness (reasonable behaviour, again) towards secrecy jurisdictions. And the allegations of hypocrisy among its members don’t help its authority.

Furthermore, the suggestion that Panama is an outlier doesn’t quite hold water, because the Panama papers story is also about the other financial centres that were used by Mossack Fonseca, most of which are rated as “largely compliant” with international standards by the Global Forum, the OECD satellite body that peer reviews countries in this area.

That they were being used by Mossack Fonseca does not necessarily contradict the OECD’s assessment that these financial centres are now compliant. Arguably, the leaked papers show how the world was before the latest G20 intervention, which began in 2009, and as a result of which these jurisdictions have reformed, becoming more transparent to tax authorities from other countries. There is certainly some evidence on the ICIJ’s data page to support this view:

Mossack Fonseca’s clients have been rapidly deactivating companies since 2009, records show. The number of incorporations of offshore entities has been in decline for the past four years.

But there is also a strong vein of informed commentary on the Panama Papers which argues that the leak demonstrates the limits of the OECD’s ‘soft’ power approach: that it’s time to use some serious economic and (in the UK’s case) legal power to overturn haven secrecy. That’s Global Witness’s position. France has wasted no time in restoring Panama to its tax haven blacklist. According to former tax inspector Richard Brooks:

To tackle the cancer of corruption at the heart of the global financial system, tax havens need not just to reform but to end. Companies, trusts and other structures constituted in this shadow world must be refused access to the real one, so they can no longer steal money and wash it back in. No bank accounts, no property ownership, no access to legal systems.

For political science, a core question is whether OECD tax projects stand and fall on the secretariat’s skill at owning the rhetorical space, or whether we need to acknowledge governments’ material interests and incentives to fully explain outcomes? In their commentary on the Panama papers, Len Seabrooke and Duncan Wigan, political scientists who believe in the causal role of ideas, also emphasise latter, how “big, powerful states…themselves may benefit from sheltering other countries’ hot money.”  Answering that question might help us resolve a second one: can the problem of offshore tax avoidance and evasion ever be fully addressed through the OECD’s technical, normative and rhetorical modus operandi?

Martin Hearson is a doctoral researcher in LSE’s Department of International Relations. He focuses on the political economy of international taxation in developing countries. He blogs at http://martinhearson.wordpress.com.