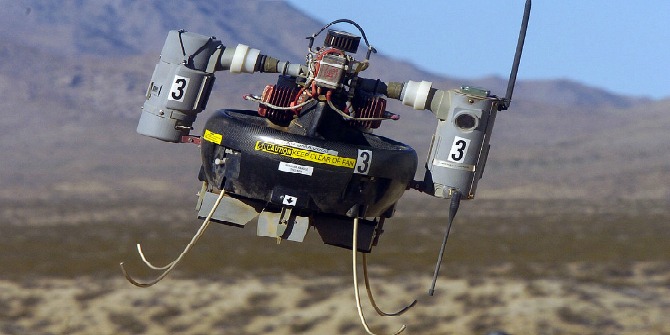 Hacking, data protection, security, privacy and intelligence capabilities of organisations to know everything about their customers now worry many consumers. While individuals may have been sensitised to these concerns only recently, organisations have long had a keen interest in protecting their intellectual property from intrusions and, at the same time, in gathering and analysing competitive intelligence (CI), at times even spying on rivals. While these transgressions have led to the stigmatisation of the practice and its benefits remain unproven, companies continue to spend vast amounts on CI. Prior research has paid little attention to why practices that risk tainting adopters seem so hard to kick. Our study seeks to understand the persistence of stigmatised practices.

Practices can persist even if they may carry high risks

Stigmatised practices are not rare. Controversial industries arise, and polemic practices diffuse – e.g., arms dealing, and narcotics trade. Yet, scant research has addressed their persistence. For practices to persist they need to be perceived as adding either technical or social value; they ‘do good’ or ‘look good.’ Clearly legitimate practices, such as downsizing, golden parachutes and retiree benefit cuts, persist because of commercial benefits, even if they do not look good. Illegal practices such as deceptive accounting, price-fixing, sweatshop labour, bribery, and modern day slavery put adopters at risk of stigma but continue because of commercial gains, even if these gains need to be hidden. It is worth exploring how and why risky stigmatised practices persist when their benefits cannot be overtly acknowledged or made publicly visible. A prominent exemplar of a stigmatised practice that persists despite unclear benefits is competitive intelligence (CI).

Resting on the assumption that high-quality intelligence is valuable, competitive intelligence (CI) refers to legal practices of gathering market information that have sometimes been associated with illegal infringements and espionage. Nearly every major firm has a CI office designed to gather market information and/or to discover the ‘trade secrets of competitors’. CI has diffused and persists, despite patchy evidence of competitive gains and reputational risk from its illegal deployment (espionage).

Investigating rivals and industrial espionage is clearly not the same thing. Spying is often illegal and always unethical, yet gathering and analysing of strategic information, digital and non-digital, is seen to be a legitimate practice. Yet both are subsumed under CI.

The media now hires corporate intelligence firms, and corporate detectives ‘sniff out the facts’ and investigate their rivals, clients, employees and even consumers. CI professionals reveal that their job includes ‘tracking down the disgruntled former secretary or bookkeeper who knows where the bodies are buried and knowing how to coax information from them’ (The Economist, 2013a, p. 7). ‘Basically, any type of information can be discovered, given enough money, but at times that will go into the illegal aspects. In my experience, a lot of people go over the line – they just don’t get caught’ (Heavens and Leising, ‘Companies walk ethical tightrope: Competitive Intelligence’, FT, 10 April 2001). Therefore, the line between legitimate CI and illegal espionage is clearly not distinct, which makes CI a prominent exemplar of a stigmatised practice.

Why would organisations persist in the use of a stigmatised practice?

CI became highly diffused and persists despite the reputational risk of engaging in a stigmatised practice. We studied US organisations associated with the practice of competitive intelligence (CI) between 1985 and 2012, relying on mainly secondary and additional primary interview data. While our approach is not without limitations, we found very similar patterns across companies. A few individuals would start and support CI activities at leading firms, and place emphasis on IT as part of CI products. Our analysis helped us to identify three key factors that explain CI’s persistence.

Keeping a practice opaque allows a stigmatised practice to persist because avoiding definitive clarity avoids negative effects of stigmatisation. The associated risks of reputational damage and financial loss suggest the need to keep CI ‘under the radar’. Practitioners seem to agree: ‘It is safer if nobody knows about it’. Engaging in an opaque stigmatised practice shield organisations from the scrutiny of audiences and demands for accountability.

Going beyond just rhetorical defence, firms justify CI’s ongoing use by invoking and leveraging accepted beliefs and invoking fear of unilateral abandonment. Emphasising the danger of suffering aggressive hacking attacks, and the potential of staggering damage from such blows justifies investing in its ‘defence’, i.e. CI. Invoking fear about the risks of unilateral abandonment can help construct usefulness.

Developing multiple versions of the practice increases its zone of acceptability. Particularly after scandals related to CI activities break out, labelling these as rare transgressions, or the deeds of rogue agents, helps to separate some versions of the practice as clean and legitimate. The “new and improved” version of CI is always shown to be distinct from what has just been tainted and thereby portrayed as legitimate.

These three factors contribute to practice persistence by allowing firms to dilute the potential stigma from use of the practice. Abandoning such institutionalised practices is not easy. By refraining from CI, leaders in organisations would appear to behave irresponsibly. Actors may persist with a practice because they overestimate the extent to which others hold this assumption, i.e. ‘pluralistic ignorance’ (Zhu and Westphal, 2011). The web of collective beliefs around the utility of a risky practice justifies ongoing use and is difficult to dislodge.

Consider how hard it is to resist the core value proposition of CI; more information is linked to competitive advantage. A need for more information is in line with the focus on evidence-based decision making and the Big Data movement, which offer attractive opportunities for shedding the old tainted skin of CI. Big Data may retrospectively legitimise CI and allow it to assume yet another new and equally opaque identity – that of even more encompassing capture and use of data.

While CI’s hidden costs are now being subsumed under the costs of promoting advanced CI technology, CI consumes valuable resources despite unproven benefits (e.g. Steele, 1975) even when throwing ‘good money after bad’ (Garland, 1990) may not create value for an organisation. Some of our arguments raise questions about even less controversial practices such as consulting and advertising. For example, the benefits of relying on consultants to solve organisational issues are not always clear. Similarly, the effects of advertising remain mixed: ‘Half the money I spend on advertising is wasted. The trouble is I don’t know which half’ (Sethuraman, Tellis and Briesch, 2011; Tellis, 2009). By keeping them opaque, piercing questions will not be asked and persistence of the practice is likely.

Patrick Reinmoeller, PhD, is Professor of Strategic Management at Cranfield University and Visiting Faculty at Erasmus University, The Netherlands. His research on innovation, knowledge and capabilities has been published in the Asia Pacific Journal of Management, European Management Journal, Organization Studies, Strategic Organization and MIT Sloan Management Review. His prior affiliations include the Japan Advanced Institute of Science and Technology and Hitotsubashi University. He has won numerous awards as educator and reviewer.