In some countries, state firms pursue politics more than profits

In some countries, state firms pursue politics more than profits 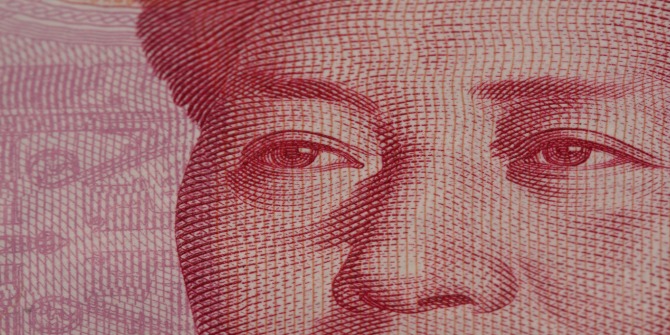 Fully state-owned organisations, such as government departments, follow primarily political agendas. Our interest focuses on companies with a mixed ownership structure – an increasingly important phenomenon in international business (Bruton et al., 2015). If a state entity controls a majority (more than 50 per cent) of the quoted equity, it has a decisive voice in company decision-making, and the firm qualifies as a “listed state owned enterprise” (listed SOE). Then it is subject to political as well as business interests, potentially faces principal–principal conflicts (Lubatkin et al., 2005 and Young et al., 2008), and is likely to pursue a wider range of corporate objectives (Benito et al., 2011 and Estrin and Perotin, 1991).

While we traditionally think of China and perhaps the other BRIC countries (Brazil, Russia, and India) as sources of SOE foreign direct investment, listed SOEs play important niche roles in several West European countries as well as in Japan and the US. State companies from Japan (as well as from South Korea, Singapore and Malaysia) have a history of investing in Australia, where there has also been a significant increase in Chinese SOE investment over the last decade. Chinese investment in the country totals $20.8 billion. SOEs account for nearly 90 per cent of it.

State-owned enterprises differ from wholly privately owned firms (POEs) in terms of their governance, attitude to risk and access to resources. Moreover, the processes that owners use to shape their firms’ strategies depend upon the institutional framework under which they operate. Hence, even firms with similar types of ownership may make different strategic choices when institutional contexts vary. So we set out to investigate the following: under what institutional conditions do state owners facilitate or constrain corporate strategies of internationalisation?

There are three mechanisms through which owners create incentives to invest internationally: (1) they set objectives, (2) they shape the governance structure, and (3) they appoint management teams that eventually design and implement their strategies.

Privately owned firms’ main objective is to maximise profits. SOEs, however, may introduce non-commercial motives into its objectives. They are also necessarily subject to more complex governance structures, which can create dysfunctional incentives for decision makers. In particular, state companies are subject to two mutually reinforcing agency conflicts: the first between the public and the government, and the second between the government and the firm’s management. What this essentially means is that state ownership introduces the possibility of diversion of company resources and  introduces a bias in favour of domestic over overseas investments.

In our cross-country comparison* of state-owned and privately owned firms’ foreign direct investment behaviour, we found that strong controls will limit the ability of state representatives to impose objectives upon the SOE that (1) deviate from the interests of minority shareholders; (2) limit the ability of managers to exploit principal–principal conflicts to their own benefits; and (3) ensure that managerial qualifications rather than political alignment drive the selection of top management teams.

If, on the other hand, institutional control mechanisms are weak, the strategies of listed state owned enterprises and those of privately owned firms will diverge with respect to internationalisation; state company managers will use their insider power to pursue personal objectives to the detriment of profitability, such as displaying a home country bias.

Managers around the world increasingly face new types of state owned competitors, especially from emerging markets. To fully appreciate the motivations and strategies of a state enterprise, managers need to evaluate and understand the institutional environment of its country of origin.

If a country’s cultural traditions support strong controls over elites, or reforms strengthen formal institutions or governance arrangements, then state ownership may not imply great deviation in behaviour from what would occur under private ownership.

However, where institutions do not provide adequate controls over the state apparatus and management, listed SOE internationalisation strategies are likely to substantively differ from those of their privately owned counterparts. Specifically, state companies under weak control institutions are likely to exploit domestic opportunities, including rent seeking opportunities, and pursue foreign investments primarily where they can leverage their political assets. This may influence how managers of Western private firms can interact strategically with state owned competitors in the global market place.

Saul Estrin Professor of Management and Strategy at LSE’s Department of Management. He is Deputy Head of Department of Strategy and Resources and TRIUM Vice-Dean. His research focuses on business opportunities in emerging markets: privatisation; transition economics and economic development; private sector development; investment strategies in emerging markets; privatisation in central and eastern Europe and foreign direct investment.

Bo Bernhard Nielsen is a Professor of Business Strategy at the International Business Discipline at the University of Sydney. His research is at the intersection of strategy and international business with a specific focus on strategic collaboration, firm internationalization, and knowledge management across borders.