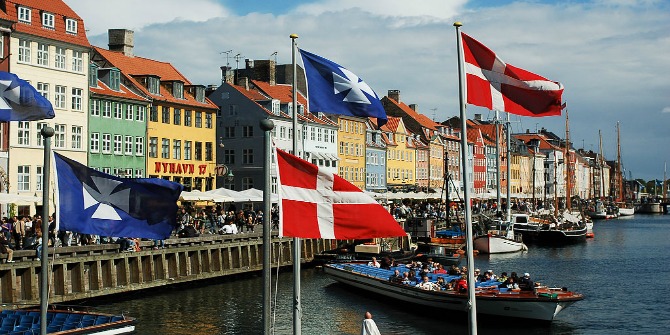 Recently, I had the honour to analyse the challenge of immigration and refugees at the Danish National Association of Economists and Lawyers (Djøf). For quite some time there has been a political debate on what to do with immigration and refugees both in Denmark and Europe. What should we do with them? Let them in? Not let them in? “Integrate” them (whatever that means)? Give them money and housing or not?

It turns out that both Denmark and Europe have problems too, the most salient one at the economic level being stagnation (or lack of growth). But looking at the world through the lenses of disruption, a clear pattern begins to emerge. This pattern suggests that it may well be the case that Denmark needs immigration actually more than immigration needs Denmark.

Disruptive innovation was introduced to the world through a case from the steel industry. New companies wiped steel giants out of the market by using one of their very own patents. These new companies, named mini-mills, melted scrap in electric arc furnaces, a process that delivered a more rugged steel, which could be produced at a significant cost advantage. Steel giants were reluctant to adopt the process because their highest margin customers were not willing to buy this type of steel.

Mini-mills took a rather bold approach when commercialising this technology. Instead of what is common practice today, which is investing in more research to make a better quality steel for the best customers, mini-mills went to talk to the people at the bottom of the market, those that from the point of view of the steel giants ‘looked like a cost,’ because they buy low margin steel products. But the low-end of the market was delighted to buy cheaper steel as long as it met the regulations, and mini-mills became very successful in a low-margin business that for them it was better than nothing.

Steel giants didn’t really consider that a threat. This new type of low-end competition was actually very positive for their financials. The more they abandoned the low-end of the market the more they could focus production and resources on higher-margin customers. But once mini-mills had colonised the lowest quality customer, they looked at the next higher margin consumer, and the same disruption process happened all over again. Over time, mini-mills ended up taking over the entire market, and most of the steel giants either ended up stagnating or disappearing.

Even though large firms file patents on their name, they often engage in research practices using public money. Another rather surprising fact is that the large majority of these patents never reach the market. The reason? As we have seen with the steel case, large firms only introduce patents that increase their margins, leaving the rest in the shelves. And because it’s in the nature of doing research not knowing precisely what will come out at the other end of the pipe, most patents in developed economies end up being unused (again, keep in mind that most of these are paid for with public money). Another perhaps clearer example is when a Kodak employee invented the digital camera, but the company put the project aside, afraid of cannibalising film sales.

So, what does this have to do with immigration? Denmark has thousands of patents of new amazing technologies, in all sorts of industries, sitting on the shelves. Who is launching these? No one.

The Danish welfare system is very expensive to maintain. It is only natural for Danish officials and managers to focus only on very high margin businesses. For instance, exports represent more than half of Denmark’s GDP, but most of these exports go to Europe. For every €4.5 billion in exports to Europe, €1 billion is exported to Asia, indicating that it is much harder for Danish businesses to find higher margin customers in Asia than in Europe.

This is the same behaviour that we observed with the steel giants. They focused on the most valued customers because these are the ones that buy the high-margin products. But immigrants don’t want charity: they want opportunities. They take charity because it’s better than nothing. A public-private partnership could actually leverage these patents and turn many immigrants into entrepreneurial disruptors. This way Danish companies would ensure that they also own the next wave of disruptive businesses. It would be as if the steel giants actually owned the mini-mills. While Danish entrepreneurs and established firms focus on high-margin businesses, immigrants could focus on low-margin activities that are unattractive to the Danish today but that might be the leaders of tomorrow.

You think that this solution is difficult to implement? Think of the current political solution. It basically consists on letting them in and then wondering what to do with them. For starters they are all relocated together in one place. They are given housing and some economic support. All of this, at the end, means additional expenses to the Danish economy, and it is incurring into that without any additional current or potential revenue. In addition, local authorities expect immigrants to embrace Danish culture and values. Frankly, this looks much harder to implement. If instead Denmark partners with immigrants, it can develop the next wave of global disruptive businesses in a variety of industries, and immigrants can have the chance of their life by doing something that the Danish are not going to do anyway. But if Denmark does nothing and continues just focusing on higher-margin customers, well, looking at the steel case, disruption has a very clear prognosis for that.