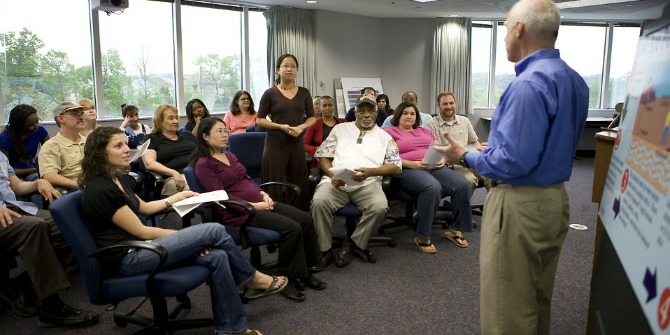 Being involved in decisions regarding one’s organisation has many benefits for both the employees and the organisation. Among these: stress reduction, improved motivation, higher quality of decisions… However, little is known on the consequences of such participation in the decision-making process within teams. Indeed, in the modern workplace, teamwork in flat organisations has become increasingly frequent. Interactions between co-workers are more common and sustained than ever. Teams can now make their own decisions on resources, processes, relationships…

In my recent study, I tried to establish whether and how the opportunity to express one’s personal opinion concerning the team’s decisions increased team citizenship behaviours, i.e. all positive behaviours directed towards the group, which are not explicitly mentioned in the contract, like helping co-workers who have been absent. Not surprisingly, the baseline result suggests that there is a positive link between the opportunity of participating in work group decisions and team citizenship behaviour.

More interestingly still, this link can be explained in terms of social exchange. People may be attracted by the prospect of being part of the team decision-making process because they see it as a gift from their group of co-workers. Participating in team decisions is worthwhile for three reasons. First, this allows to better control the future of the group, thus providing some predictability. Second, this means that team members have a status as they can participate in discussions within and about the group. Finally, this proves that the team has some morality and values through shared decision-making. Once they are offered this gift, employees might feel obliged to reciprocate with a counter-gift: their commitment to the team. As they are attached to the team, they will try and contribute to its success, by displaying citizenship behaviours in order to maximize its operational efficiency.

However, the opportunity to participate in the decision-making process within teams may not be always considered positive. Indeed, if the underlying mechanism is a gift exchange, not all employees might see such participation as a gift. Two individual variables were tested: intrinsic motivation and neuroticism.

Intrinsic motivation refers to the extent to which an individual is inner-directed, interested in or fascinated with a task, and engages in it for the sake of the task itself. A person with a high level of intrinsic motivation is focused on the task itself because of the satisfaction they get from it. Hence, she/he pays less attention to outside forces like work conditions in general, and opportunities to participate in the decision making-process of the team in particular. Thus, being part of the decision-making process is no more considered as a gift that needs to be returned.

Neuroticism is a non-pathological personality trait that refers to the tendency to experience negative feelings and emotions. Highly neurotic individuals tend to experience anxiety, embarrassment, anger, mood swings, and low self-esteem. They may not consider it important to be involved in the decision-making process in teams insofar as they do not know how to best use it. Worse, as they are irritable and prone to interpersonal conflicts, giving them a voice to express their opinions may be considered a threat. As they are not comfortable expressing themselves, the fact of voicing their views may not be considered a gift or favour that needs to be reciprocated.

This study reinforces the assertion that organisations should create work environments in which employees are involved in the decision-making process within teams. There are several practical ways to foster participative decision making. For example, one possibility would be to use the extent to which employees encourage co-workers’ participation as a parameter of their performance evaluations or 360-degree performance feedback processes (Cropanzano, Li, and Benson, 2011).

Furthermore, employees and leaders’ trainings should deal with the benefits of participative decision techniques such as the nominal group or the stepladder techniques, applied to team decisions. Finally, supervisors should act as role models by allowing their subordinates to express views. Given that the conduct of leaders may encourage fair behaviours among employees, the opportunity for the latter to express their views should be spread at the decision-making level within teams.

The present study’s findings go further and provide a number of quite precise indications on individuals who feel concerned with decision-making opportunities. Specifically, those with low levels of neuroticism or intrinsic motivation are more receptive to participative decision-making. They are thus more willing to take part in social exchanges. Therefore, organisations and supervisors should target this type of individuals.

For instance, work groups with boring and repetitive tasks (i.e. presumably with low levels of intrinsic motivation) should become priority recipients of group decision-making training courses. Supervisors should also pay more attention to subordinates with low levels of neuroticism, thereby guaranteeing their appropriate participation in the decision-making process within the team.

Marc Ohana is Professor of organisational behaviour at KEDGE Business School, where he has been since 2010. He received his Ph.D from the University of Aix-Marseille and his HDR (accreditation to supervise thesis) from Dauphine University. He teaches courses in leadership, organisational behaviour and human resources management. His research interests centre on improving people management, mainly through a quantitative methodology. Within that domain, he has investigated topics such as organisational justice, commitment, citizenship behaviours, social exchange and social identity. His research has appeared in journals such as British Journal of Management, Personnel Review, European Management Journal and Nonprofit and Voluntary Sector Quarterly. 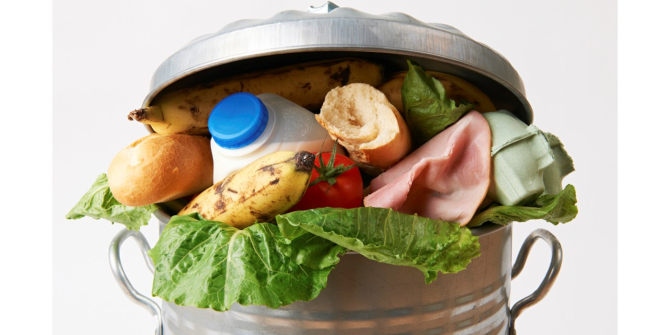 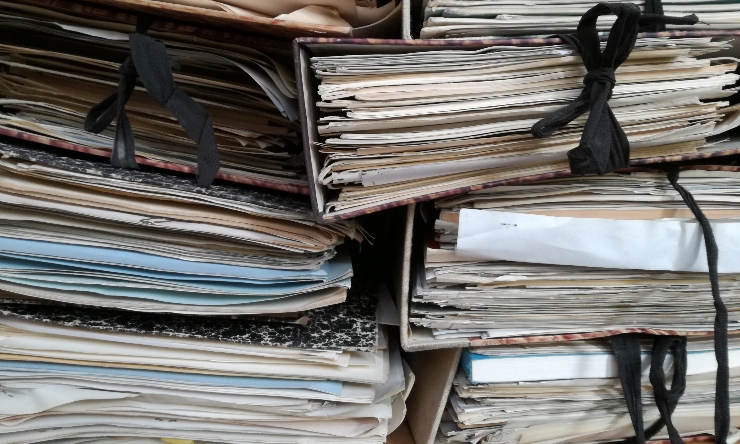