The Sharing Economy: The End of Employment and the Rise of Crowd-Based Capitalism – Book Review

The Sharing Economy: The End of Employment and the Rise of Crowd-Based Capitalism – Book Review 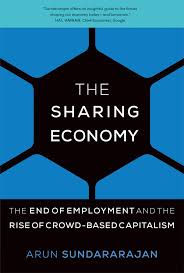 Christopher May is Professor of Political Economy at Lancaster University, UK. His most recent book is Global Corporations in Global Governance (Routledge, 2015) and he is currently editing The Edward Elgar Research Handbook on The Rule of Law (2017). He has published widely on the interaction between law and political economy, wrote the first independently authored study of the World Intellectual Property Organisation and some years ago wrote The Information Society: A Sceptical View (Polity Press, 2002).