The art, and the deal, go global

A celebrity-driven art market may prove to be a bubble, writes Ken Fireman

The art, and the deal, go global 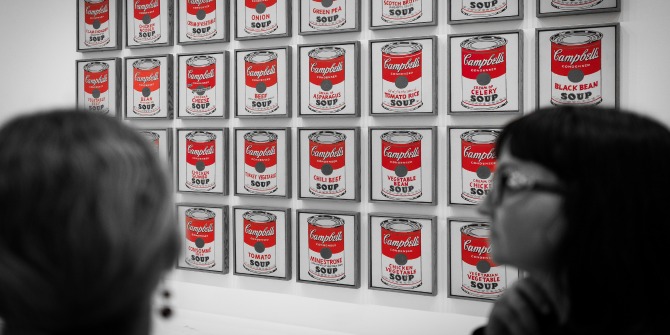 Isabella Stewart Gardner was, in her day, the very model of a modern Medici. Beginning in 1891, she used her ample inheritance to buy up paintings by Old Masters and new artists alike during her frequent visits to Paris and Venice. She brought them back to her home town of Boston and displayed them in a museum built to resemble a 15th-century Venetian palace.

Who is today’s version of Stewart’s elegant, provocative patron of the arts? One candidate is Larry Gagosian, who got his start selling “schlock” posters of ocean vistas, and now presides over an empire of 16 galleries in the United States, Europe and Hong Kong. They generate annual revenue estimated at $1 billion, selling everything from $100 million Picassos to $60 Andy Warhol Campbell Soup candles. “The sun never sets on my gallery,” he says.

The evolution from Gardner to Gagosian says a great deal about the trajectory of the global art market, freelance correspondent Vickie Elmer writes in her report for SAGE Business Researcher. Both artists and the gallery owners who hawk their work have become celebrities, brands and big businesses, Elmer writes. The ranks of those who buy art as an investment are growing. Galleries, artists and collectors, following the lead of many enterprises, have become more diverse and global.

The question is, have they created a thriving, sustainable market – or a bubble ready to burst?  Even as art prices have repeatedly set records in recent years, there is reason to believe that the global economic environment isn’t conducive to more growth. “The art market is overheated right now, and it could crash and then everyone could moan,” says Carolyn Edlund, an arts and business educator and founder of Artsy Shark, a blog that promotes artists and business skills.

Why the nervous tremors? For all the reach and influence of super-dealers like Gagosian, their world depends on a complex and fragile mix of forces: the economics of supply and demand, greater disposable income among the hyper-wealthy, old-fashioned greed and desire, lubricated by parties awash in French Champagne. Gagosian is a realist about it: “I believe in the popularizing of art. But when you get right down to it, it’s a bit of an elitist world.”

That world has already been affected by forces like China’s slowing growth and the global economy’s general weakness, Elmer writes. Total art sales last year, estimated at $64 billion, were off 7 percent from 2014. Sales in London, the world’s second largest art auction market after New York, were weak in December, and buyers were more selective. And there are worries that the threat of terrorism may deter buyers from attending European sales and major art events.

The stakes are not small. The global art market employs an estimated 6.7 million people at businesses ranging from major companies to small galleries, according to the Organisation for Economic Co-operation and Development (OECD). The overall creative sector, which includes advertising, architecture and television as well as the visual arts, accounts for 3 percent to 6 percent of total employment in many developed countries. In a few U.S. cities – San Francisco, Denver, Ann Arbor, Mich., Washington, D.C. – the creative economy accounted for one in seven jobs in 2013. More Americans identify their primary job as artist than as lawyer, doctor, farmworker or police officer.

It’s a market that is quite paradoxical: increasingly global and celebrity-driven at the high end, yet just as likely to take root in a New Orleans park or an online website as in a top-drawer gallery in London or New York. Its range of wares runs from paintings and sculpture to prints, antique tea sets and furniture, even Banksy graffiti. And it’s changing rapidly; digital art and online galleries are mushrooming, while small independent galleries and shops that haven’t adapted are falling by the wayside.

At the top end, according to University of Chicago economist Canice Prendergast, “the art market increasingly resembles a winner-take-all market, where a large fraction of expenditures are concentrated on a small number of artists (and indeed galleries). As a result, bad art by good artists likely sells for more than good art by unknown artists.”

How about celebrity artists – show-biz stars like Johnny Depp, Lucy Liu or James Franco who made their names in Hollywood and then ventured into the art world? Their fame attracts buyers, but not necessarily respect from experts. Mark Van Proyen, a painting professor at the San Francisco Art Institute, critiqued several of their works, and … let’s just say he knew what he liked, and what he didn’t.

One of Franco’s “Fat Squirrel” paintings that were exhibited at Siegfried’s Contemporary in London? “Visual fart jokes … a witless attempt at wit,” Van Proyen pronounced. A Depp portrait of Rolling Stones guitarist Keith Richards? “I like Johnny Depp … but this is a terrible painting.”

Van Proyen did find a winner, of sorts, in Liu’s calligraphy: “Her brush handling, if not masterful, is certainly very good.”