Rush to emerging-markets debt is wiring a time bomb

Current flows will likely exacerbate the risk in these markets as time goes on, argues Lisa Abramowicz

Rush to emerging-markets debt is wiring a time bomb 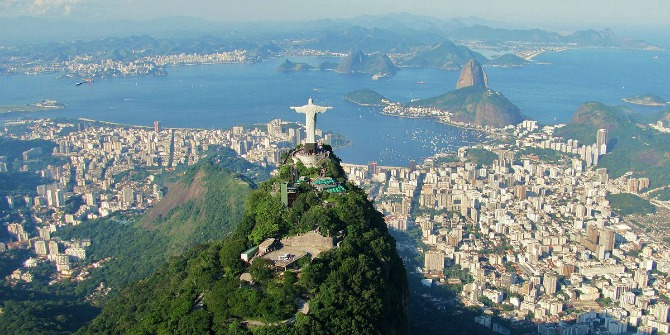 The explosion of debt in troubled developing countries like Brazil may be a problem at some point in the future. For now, investors are stepping over one another to buy more of such bonds.

They’re so eager for a chance to lend to Brazil in particular that the nation is about to sell at least $500 million of notes maturing in 2047 to international investors, Bloomberg News reporter Paula Sambo wrote last Thursday. This is a smart move on Brazil’s part — the nation is all the rage among investors right now, with its government debt gaining 21 percent so far this year, Bank of America Merrill Lynch index data show, and yields falling to near the lowest since 2015.

And the country certainly needs any extra money it can get as its budget deficit soars to a record 10.5 percent amid its worst recession in decades.

This will be the first time that the nation has sold global bonds since March, and it’s expected to secure a rate near 6 percent, roughly in line with yields paid on 30-year U.S. Treasuries back in the olden days of 2001.

So the question is, when will this be a concern for the buyers of these bonds? Brazil has increased its debt load faster than its economy is expanding, and its $665 billion of external debt now accounts for 8 percent of all such developing-market obligations, according to a July 20 report from Moody’s Investors Service. Overall, the external debt of developing economies has tripled in the last 10 years, with the volume growing faster than both gross domestic product and foreign exchange reserves in the last five years, the report said.

Of course, from an investor’s perspective, there aren’t many alternatives. The risks are high everywhere as monetary policies start reaching the limits of what they can achieve, leaving many investors questioning the direction of benchmark borrowing costs. At least emerging markets are offering some yield, which is a welcome reprieve from the trillions of dollars of sovereign debt that now pay absolutely nothing to their holders.

In the past few weeks, investors globally have rushed into emerging-markets assets as they saw fewer macroeconomic sinkholes on the horizon and all signs pointing to more stimulus. Investors allocated $6.5 billion to developing equity and debt funds in the seven days through July 15, the most since a $7.4 billion weekly inflow in September 2013, according to the Institute of International Finance based on the data from seven countries the agency tracks.

U.S. exchanged-traded funds focused on emerging-markets assets received $3.8 billion of deposits in the past week, almost one-third of the total flows into such funds over the past 12 months, Bloomberg data show. While these flows are entirely understandable given the global backdrop, they’ll only exacerbate the risk in developing markets as time goes on.

Moody’s isn’t quite ready to sound the alarm bell, but its analysts are clearly concerned. The credit-ratings company sees some bright spots for developing nations, such as more evolved local capital markets and flexible exchange rates rather than currency pegs for many of them.

Yet the company’s analysts see a toxic brew forming because of the sluggish expansion of the rest of the world, low commodity prices and fickle international flows, which may all combine to make these countries more susceptible to systemic crises. This combination comes at a time when a credit correction is becoming increasingly inevitable, at least in the eyes of S&P Global analysts.

Ultimately, it comes down to a sort of economic physics: the faster money flows in, the faster it can flow down the line. While emerging-markets assets are the rage now, they won’t be forever, and they will most likely create some land mines for unsuspecting investors.

Lisa Abramowicz is a Bloomberg Gadfly columnist covering the debt markets. She has written about debt markets for Bloomberg News since 2010.