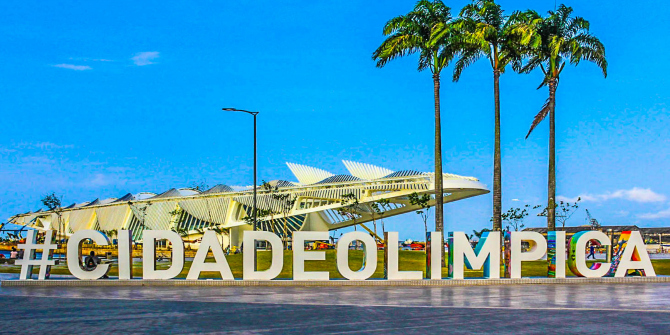 The 2016 Rio Olympics officially opened on Friday and runs from 5 August – 21 August 2016. To mark the occasion, LSE Review of Books recommends seven reads that explore the culture, politics, history and economics of Brazil. We also offer a bookshop guide to Rio and São Paulo and showcase three award-winning podcasts from the 2014 LSE Review of Books in Brazil series.

Dedicated to the favelas of Rio de Janeiro, their people and their history, this book showcases research into how Rio’s favelas are using cultural activities, identity and the imagination to regenerate public spheres and construct positive futures for young people at risk of drugs, violence and drug trafficking wars. Interspersed with quotes from the research interviews, beautiful photography and pleasantly presented data and tables, this has the potential to serve as real inspiration to those interested in social inclusion and the arts. Download the book for free here.

This is a valuable and highly relevant book which offers a thorough and holistic approach to some of the changes experienced by Brazil in the last few decades. Chapters cover democracy and the economy, welfare and class mobility and Brazilian foreign policy. This book is recommended for economics and politics students looking for a clear introduction to the country.

Hailed once as ‘giants of the Amazon’, the Panará people emerged onto the world stage in the early 1970s. What followed is a story of socio-demographic collapse, loss of territory and subsequent recovery. Reduced to just 79 survivors in 1976, the Panará people have gone on to recover and reclaim a part of their original lands in an extraordinary process of cultural and social revival. This is an ethnographic account in which analytical approaches to social organisation are brought into dialogue with Panará social categories and values as told in their own terms. This book will appeal to students, scholars and anyone interested in the complex lives and histories of indigenous Amazonian societies.

Brazil on the Rise: The Story of a Country Transformed. Larry Rohter. Palgrave MacMillan. 2012.

New York Times reporter Larry Rohter takes the reader on a lively trip through Brazil’s history, culture and economy. Aiming to go beyond the popular stereotypes and media representations, he discusses a stunning and varied landscape and how a complex and vibrant people defy definition. This book will be welcomed by those with little knowledge of Brazil looking for a readable, informative and up-to-date overview of the country.

Recife’s Brasília Teimosa favela emerged as a flash point of economic and political interests in the 1930s and the scene of subsequent strife into the 1980s. This book aims to unearth events surfacing through periods of revolution, dictatorship, populism, Cuban Communism, the 1964 military coup d’état and crackdown to the amplified reverberation of civil society voices and engagement decades later. The book helps us to understand the type of context that feeds resentment against the state that explodes once in a while, as we have seen in the wave of protests that have more recently swept Brazilian cities.

The Scramble for the Amazon and the Lost Paradise of Euclides da Cunha. Susanna B Hecht. University of Chicago Press. 2013.

Against the backdrop of the nineteenth-century scramble for the Amazon basin’s precious resources, Euclides da Cunha – geographer, political theorist and one of Brazil’s most celebrated writers – led an expedition to the furthest reaches of the river. This book tells the story of da Cunha’s journey, the unfinished novel born from it and the global strife that formed the backdrop for both. It is an interesting read, a rare book that inspires the imagination and intellect, but above all, it describes a hugely important period in Amazonian politics and geography using the words of a key participant from the era.

This book is to be celebrated for the way it reaches audiences in new and exciting ways. It is an excellent example of how researchers, activists and local populations can build partnerships that benefit all those involved with new knowledge and ideas about ways of critically engaging with digital media on everyday life. 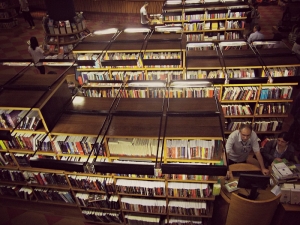 Are you a booklover visiting Rio and São Paulo?

Cheryl Brumley takes us on a tour of her favourite bookshops in these two Brazilian cities.

From the Archive: LSE Review of Books in Brazil

LSE Review of Books in Brazil, Episode 1: Rio in transition

Sandra Jovchelovitch, Director of the Social and Cultural Psychology Programme at the LSE, and researcher Jacqueline Priego-Hernandez, speak about their new book, Underground Sociabilities: Identity, Culture and Resistance in Rio’s Favelas. 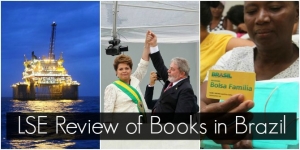 In this episode, we head inland to the heart of the country’s political life: the capital of Brasília. Authors from the LSE including Francisco Panizza (Senior Lecturer in Latin American Politics), Anthony Hall (Professor of Social Policy), Guy Michaels (Associate Professor of Economics) and Francesco Casselli (Norman Sosnow Professor of Economics), talk to LSE Review of Books about left-of-centre politics and social development in the country. We also find out whether Brazil proves or disproves the ‘oil curse’ theory.