It's creating ecosystems where customers are locked in, writes Juan Pablo Vazquez Sampere 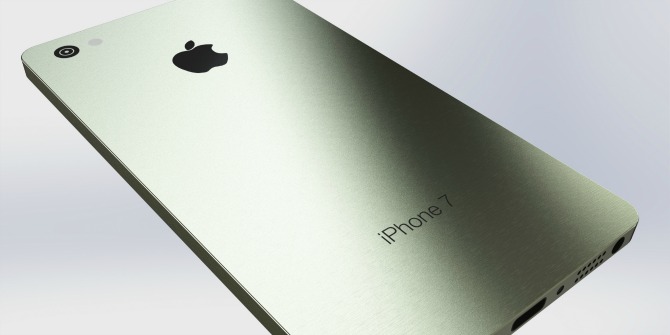 Apple’s corporate strategy is changing and, once again, not in a way that benefits customers. Here are some of Apple’s latest decisions. Making the iPhone 7 just an incremental improvement over the iPhone 6. Developing a brand new iWatch with several new features. Introducing the Earbuds and in the process removing the earbuds jack and, perhaps the most important one, the iPhone upgrade program is going global.

Although these decisions have been widely discussed, most of the discussions are based on either the product or the customer perspective. But what about the business perspective? Is there a master plan behind all this? And if there is, can it help us predict what Apple is going to be doing in the near future?

By looking at these decisions from the business perspective a clear strategy begins to emerge. A strategy that is again a significant departure from what Apple used to be as a company: Apple is transitioning from creating products that customers loved and wanted to buy to creating ecosystems where customers are locked in so they can’t escape. Where is the new ecosystem? Let’s analyze the decisions described above from the business perspective:

The iPhone 7 as an incremental improvement over the iPhone 6: The products that form an ecosystem need to be at similar stages of development. This way all the products’ functionalities are maximized and this equilibrium maximizes the total ecosystem performance. The problem for Apple is that the iPhone product is much more advanced than the much younger iWatch and earpods products. The solution is the iPhone 7, a device that doesn’t do anything new and that only incorporates improvements at the components level (dual camera, faster microprocessor, etc.) The iPhone 7 is doing what is has to do: buy Apple some time to help the other products catch up.

iWatch 2: The new iWatch is the opposite to the iPhone 7. It’s a completely redesigned device made to catch up with the iPhone product. Being water resistant, having a faster microprocessor and GPS, among other things, reduces the distance between products and adds more connection points between them.

Earpods: Oddly enough, Apple claims that the reason for removing the earbuds jack is “courage”, but in reality, it seems that the true reason is “economic interest”. The truth is that Apple couldn’t really choose not to remove the earbuds jack. The old analogic jack is a bottleneck for the augmented connection both the iWatch and the iPhone products need. Apple turned this limitation into an opportunity and is not only removing this bottleneck but is also introducing a third product, the Earpods. They are much more profitable for Apple and can now be subsequently improved and homogenized together with the other two platforms. Frankly, this doesn’t look like courage, it looks more like improving their economic margin.

iPhone Upgrade Program: Apple’s investors have concerns about its future performance. While the growth rate of the smartphone industry is slowing down, customer acquisition and retention costs continue to rise. In addition, there is more pressure on prices and there is a cadre of new competitors that have significantly increased the competition in this industry. The iPhone 6’s bigger screen was instrumental for recovering customers that had defected to other companies, but Apple can’t pull that card off again. That’s why they launched the program, selling phones on a subscription basis means that Apple doesn’t have to spend so much convincing customers to upgrade year after year, and it makes it much harder for consumers to defect to other competitors.

So, based on that, what is Apple’s new corporate strategy?

Apple envisions a world where customers will have three platforms that are deeply inter-connected. The first interconnection is Siri, but many more will come that will make each product indispensable for all of them to work properly. Apple also envisions a future where it doesn’t have to fight for its customers year after year. Instead, customers will pay a monthly installment for the entire ecosystem. This new ecosystem, the iPhone, the iWatch and the Earpods, will continue to improve not only at the product level, but most importantly, at the ecosystem level, by introducing more and more functionalities that need all three products to work.

On the other hand, Apple is anticipating a decrease in margins on smartphones, and is changing the game from defending its margins on one product to doing so on the combination of three products. This is a smart move that gives the company more elements to defend itself against low cost competitors. Therefore, we can expect that in the near future the iPhone Upgrade Program will be expanded to other products in the ecosystem.

However, this is not good news for consumers and for the industry itself. Having customers on a subscription means that they will be anticipating payments for next year’s devices. It is also expected that Apple will continually increase the penalizations for exiting the program – and they are already quite burdensome for customers. This in essence means that customers will have to take a significant loss for abandoning the program, which is a classical lock in strategy of companies that have doubts about the value of their products in the future.

The smartphone industry grew by disrupting other industries. At this point I think that it is fair to say that the “old Apple” — the company that created this industry and made it thrive is long gone. Today’s Apple is not about introducing new marvelous products that customers loved but instead setting traps for consumers so they can’t defect. If competitors follow this strategy this will only slow down industry growth and reduce customer choice.