The side effect of treating higher education as a commodity: less free expression

The side effect of treating higher education as a commodity: less free expression 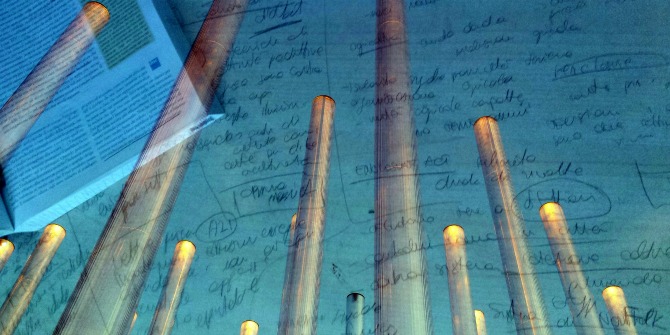 Last week a student I teach at a UK university wrote to my employers to propose that I should be sacked. My pedagogical crime was to change a slide on my power point presentation the day before the lecture. The student also raised his concerns that I move around the room during the three-hour class and actually talk to my students.

What a malevolent planet I am.

One of the ironies of this complaint was that I had that week been teaching theoretical models of capitalist institutions and Comparative Employment Relations. Code for how-to-understand-pretty-much-everything-about-work-organisation-in-the-entire-world. From neoliberal macroeconomics, the decline of the welfare state and wage-led growth, the organisational cultures of multinational corporations to the global decline in trade unionism. Under certain interpretations, to teach this stuff you’ve pretty much got to be Yoda.

During this apparently inflammatory session, we had discussed a case study of McDonalds’ anti-union strategies in Russia. Marx meets Mammon, universalism and US foreign policy – seriously sexy stuff for Human Resource Management students on an intellectual diet of rewards and talent management. As the trade union leader in this case was a woman, I may have used the word feminism. As a total boon I had been involved in the case with the international food workers federation, which although leading to awkward silences at dinner parties is considered quite handy when teaching this stuff.

An education system that commodifies learning is a censorious environment to work in. Although we are all free to have thoughts inside our own heads, there are certain words that the professional educator has learned not to say out loud for fear of exposing some growing tensions in the university business.

The monetisation of education where learning is an exchange between ‘economic agents’ inevitably leads to a competition between colleagues over who becomes this year’s student choice. A new Teaching Excellence Framework to be introduced this year, unencumbered by the lessons learned from the Research Excellence Framework that precedes it, sideswipes the learning contract by demanding absolute knowledge of both staff and students.

The collusion between universities and the people within them is that by paying for an education – which since the 2015 Spending Review 2015 is significantly higher than commonly understood – students are employable regardless of the actual existence of jobs.

The culture that now dominates education involves a regime of performance measurement and management plus a corrupted model of student satisfaction. Whatever the experience of the people delivering and receiving this thing called education, the delusion of total satisfaction and full employability has led to the widespread gaming of developmental data and ultimately a gaming of life.

In the Age of the Quantified Self, we are constantly being measured and measuring each other. From calories to depressed thoughts, an algorithmic withdrawal from reality where development is just colour by numbers. To the extent that the quantified self is profoundly preferred over the actual self. Filling in forms and ticking boxes become another stick to beat the independent thinker with – a degraded model of measuring both the teacher’s and student’s excellence.

This delusional self-reliance is, I’m going to suggest, the lived experience of neoliberalism. I’m not technically saying that capitalism is to blame – I think the drive to neatify and deny complexity is inbuilt – but the attempt to fit ourselves into boxes, outputs and numbers is happening in a context of a particular economic model.

What I know about human development can pretty much be condensed into two simple facts.

Actual Fact 1: If you ask people what their reality is and listen to the answer you will definitely learn something. Do it enough and you’re facing the prospect of a profoundly loving and political act – to become the change you want to see in the world rather than just banging on about it.

Actual Fact 2: This exchange between people is best done in a containing safe space where you don’t get asked to leave for talking shit and not being productive. A thought crèche if you like, where our half-baked buns can be developed safely in an oven. Creating something takes time and the absence of a categorical pressure to hurry up and get your shit together.

Not wishing to come over all pan-sexual on you, but having thoughts does all come down to sex. In psychoanalytic thinking there’s an idea of the ‘creative couple’ – an exchange between two different entities bringing something new to life. One of the problems with a narcissistic system of learning that denies reality is that learning anything involves a conversation – between people, between ideas, between different perspectives. The teacher is there to create a space where this conversation can take place, where ideas can be digested, discussed and taken in. Although the expectation is that the teacher knows something that the students don’t (yet) this can’t be delivered without cooperation between everyone in the room. It means actually having relationships where our lack of absolute knowledge is not a total catastrophe.

There is a paradox to learning  – that to know something you have to be open to the possibility that you don’t know everything. This requires a degree of compassion towards ourselves and each other. Ideas matter, as do the ways in which we share them. For learning to happen we have to be able to use the C words – with compassion, with care, collectively.