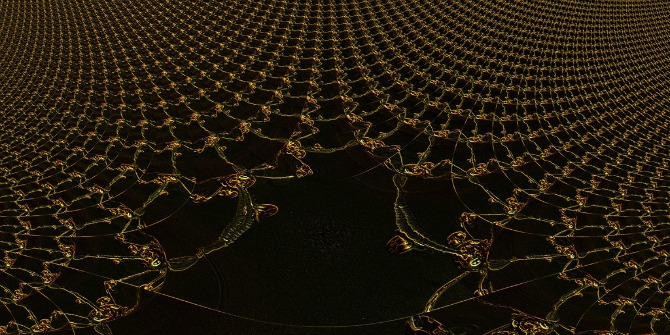 The Euro crisis, which first peaked in 2010 and continues to haunt the Eurozone today, has been the most serious economic crisis in the history of the European Union. In fact, taken together, the global financial crisis and the Eurozone crisis have by now caused more lasting economic damage in parts of Europe than the Great Depression of the 1930s. The economic crisis has also turned into a serious political crisis, as conflict among and within EU member states about how to resolve the crisis threatens both European integration and domestic stability.

Lesson 1: The economics and politics of the Euro Crisis have been largely predictable

The Euro crisis is, in large part, a variant of the balance-of-payments crises that many countries have experienced over the past two centuries. The typical trajectory is broadly similar across space and time: a country’s citizens borrow heavily from abroad and use the borrowed funds for current consumption rather than investment; the ensuing economic expansion becomes a boom, then a bubble, until finally the bubble bursts. This is what happened in Europe, with some unusual features. But the theoretical and empirical insights of decades of political economy analyses of balance-of-payments crises illuminate what is happening in the Eurozone, and why.

To be sure, the Euro crisis also has some unusual features related to the architecture of the single currency. These unique features of monetary union contributed to the most important causes of the crisis: a single monetary policy for countries with widely divergent macroeconomic conditions; the absence of fiscal policy coordination among Euro member states; fragmented financial regulation; and the lack of a credible no-bailout commitment. Ultimately, these factors worked together to bring the Eurozone close to collapse.

Nonetheless, despite these unique aspects of EMU, the sequence of events in the Euro crisis has closely mirrored that of previous crises in Latin America, East Asia, and elsewhere. Within the Eurozone, massive capital flows from the North to the periphery led to a boom, and then a bubble, in the periphery. As the 2007-9 global financial crisis accelerated, this bubble burst, triggering the Euro crisis and leaving peripheral countries with debts they could not service to Northern European creditors.

Just as the causes and chronology of the Euro crisis have closely resembled past financial crises, so, too, have the politics. As in previous crises, we have seen bitter domestic and international conflicts over the distribution of the burden of adjustment in the Eurozone. At the domestic level, the Euro crisis has mobilised public opinion, fueled political tensions about labour market and regulatory reforms, and increased support for right-wing extremist parties.

At the international level, the crisis has triggered highly acrimonious debates over IMF/EU bailouts, banking union, immigration, and the distribution of adjustment between debtor and creditor countries. The core of the CPS special issue is a set of papers analysing these domestic and international debates in depth and bringing the tools and existing literature of comparative and international political economy to bear to explain the political and policy outcomes that we have seen in the Eurozone since 2010.

Despite the broad similarities between the Euro crisis and past financial crises elsewhere in the world, it is also clear that the political stakes have been amplified because the crisis has occurred within the broader context of monetary union and European integration.

Indeed, the crisis response, both within debtor countries like Greece and Portugal and at the European level, has become deeply intertwined with debates about the future of economic and political integration in the European Union, the possible collapse of the single currency, and the “Grexit” and “Brexit” debates. In addition, it has also become clear that European institutions – most notably, the European Central Bank and European Council – have entrenched and amplified the power and influence of creditor countries such as Germany even more than is the case in the IMF and other institutions of global financial governance.

Lesson 3: The underlying problems of EMU never went away

A third key lesson is that the underlying economic problems of monetary union and the key political debates about the structure of Eurozone governance have persisted since the 1990s. In fact, these problems were largely predictable and broadly foreseen by several scholars and observers prior to 1999. In the years between the signing of the Maastricht Treaty and the launch of the Euro, it became very clear that, while policymakers were unified in their goal of creating a stable Euro and Eurozone, domestic politics within EMU member-states were such that no country was able to agree to the sorts of policies and institutions that would have enabled the Eurozone to avoid the problems that have plagued it since 2010.

In this sense, there is a plus ça change quality about the political and economic debates within the Eurozone today. Faced with the same set of persistent macroeconomic imbalances and similar implacable domestic political barriers to further integration, European policymakers and national-level politicians in EMU member-states have pursued piecemeal, least common denominator responses, which have prevented full collapse of the Eurozone but done little to resolve the core issues and imbalances at the heart of the crisis.

Increasingly, then, the appropriate analogy for the Eurozone is not the Great Depression, but rather Japan, which has been mired in an era of stagnation since the 1990s, and whose persistent problems (debt-laden banks, unfavourable demographics, persistent deflationary pressures) appear disturbingly similar to those of the Eurozone today. Faced with the possibility of long-term “secular stagnation”, Europe’s debt problems look even more serious and threatening to the long-term success of EMU. Unless economic growth returns to the Euro area, Greece and other member-states face the possibility of decades of grinding deflation, long-term unemployment, and stagnation. The future threatens to bring not just lost decades, but also lost generations.

This scenario does not bode well for the future of European monetary integration, particularly as economic stagnation and the ongoing refugee crisis amplify political support for anti-Euro and anti-EU parties in both creditor and debtor countries. Indeed, as Jones, Kelemen, and Meunier conclude in the concluding paper of the CPS special issue, while “failing forward” through incomplete, but politically expedient, policy responses that mitigate but do not resolve the Eurozone crisis may have worked thus far, this is not a recipe for the long-term success and sustainability of either the Eurozone or the broader European Union.

Lesson 4: Monetary union without fiscal and regulatory coordination is untenable

The final key lesson, in light of the previous two, is that ensuring the long-term viability of the Euro will require European policymakers to adopt some combination of the policies and institutions – a true Eurozone lender of last resort, some form of fiscal policy coordination, increased labour mobility between member states – necessary to maintain a monetary union among disparate national economies with large and persistent macroeconomic imbalances. Whether achieving these objectives requires a formal fiscal and political union is not clear. What is clear is that the status quo cannot persist indefinitely if the Euro is to survive in the long term.

In this sense, the current political and economic debates in Europe closely mirror those of the United States from the 1790s through the 1860s. From the debates between Alexander Hamilton and Thomas Jefferson over federal assumption of state debts, to the clashes over the First and Second National Banks of the United States, to the ultimate completion of American monetary union in the 1870s, the United States’ experience demonstrates that crafting a functioning economic and monetary union is a long hard road and requires politically and economically difficult compromises between different regions and societal groups.

Whether or not European policymakers are able to overcome the domestic and international obstacles to such cooperation is, as always, a political rather than an economic question. Indeed, it is important to note that there are no technical obstacles to the adoption of any of the policy or institutional solutions to resolving the Euro crisis and addressing the imbalances within the monetary union. The ultimate problem is that adoption of any of them remains, now and for the foreseeable future, politically infeasible.

The concluding chapter of European monetary integration is yet to be written. Its contents, along with the long-term prospects of the Eurozone, remain uncertain.

Mark Copelovitch is Associate Professor of Political Science and Public Affairs at the University of Wisconsin – Madison and the author of “The International Monetary Fund in the Global Economy” (Cambridge).

Jeffry Frieden is Professor of Government at Harvard University, and the author of “Currency Politics (Princeton), Lost Decades (Norton), and “Global Capitalism” (Norton).

Stefanie Walter is full Professor for International Relations and Political Economy in the Department of Political Science at the University of Zurich, and the author of “Financial Crises and the Politics of Macroeconomic Adjustments” (Cambridge).