Chinese leaders walk a tightrope on market reforms amid slowdown

Chinese leaders walk a tightrope on market reforms amid slowdown 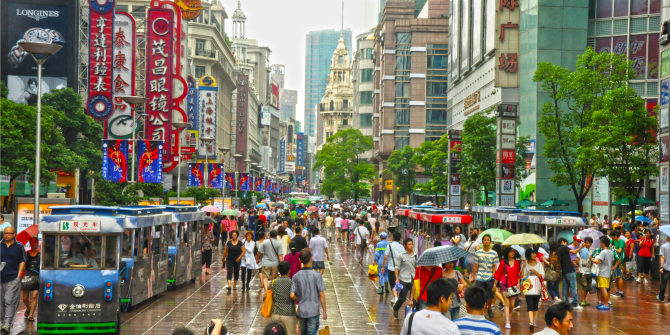 In August 2015, Chinese leaders announced policy changes aimed at making their currency more attuned to market forces. At first glance, the move seemed to fulfil a pledge made by President Xi Jinping in 2013 to give markets a “decisive” role in the economy. But the government coupled its plans with a modest currency devaluation.

Traders – in other words, the market forces lionised by Xi two years earlier – concluded that devaluation was the real objective, and launched a selloff. The central bank reacted by propping up the currency, and repeated the manoeuvre four months later to thwart another selloff.

The central bank’s intervention reflected a fundamental ambivalence in Xi and other leaders about China’s transition toward a full-fledged market economy, freelance correspondent Suzanne Sataline wrote in a recent SAGE Business Researcher report.

A full transformation could facilitate innovation and spur new development at a time when China’s once-heady growth rate is slowing and debt is rising rapidly. But this would also require the government to scale back the role of its state-owned enterprises – and, most crucially, dilute its own control over the economy.

For that reason alone, there is reason to doubt Xi’s commitment to a full transformation, according to Arthur R. Kroeber, founding partner at Gavekal Dragonomics, a financial research firm in Beijing. Most of the reforms Xi outlined in 2013, such as changes to the state-owned enterprise system and permission for private firms to invest in state companies, haven’t happened, he told SAGE Business Researcher.

One thing is certain: There is a lot riding on the outcome of the debate, for China and for the global economy. China’s GDP growth rate has fallen from 10.6 per cent six years ago to 6.6 per cent this year, according to International Monetary Fund data, Sataline writes. Amid this slowing, the country’s slackening appetite for commodities such as oil, coal and iron ore has sent prices falling – and created major economic problems for countries that prospered in the previous decade by selling China those commodities. The list of casualties spans the globe, from Australia to Brazil to Zambia.

“If China were a small country, it wouldn’t make that big a difference,” said Scott Kennedy, a director at the Center for Strategic and International Studies (CSIS), a think tank in Washington. “But it’s so huge, whatever it does is a big challenge for everybody.”

Kroeber says China is attempting a feat that no nation has ever achieved: to move up the technological-innovation, consumer-society ladder while bolstering an authoritarian party’s dominant role in society. Count him among the skeptics who doubt those twin goals can be pulled off. “In the short term they can have it both ways, but the longer that goes on, the harder it is for that act to be sustained,” Kroeber told SAGE Business Researcher.

Other analysts say that Xi is merely hitting the pause button until the next Communist Party congress a year from now, when he plans to consolidate his authority by installing more allies in key positions. Once that’s done, they say, the march of market reform will resume. A promising signal was sent last year when the government announced a plan to move electricity prices to a market system, even though the move was opposed by a host of vested interests: central regulators, power companies and local officials. “This is a comforting reminder that even in a slowing economy, the Chinese government is still looking for opportunities to make long-term reforms,” wrote Ryan Rutkowski of Matthews Asia, an investment fund focused on Asia.

Even if this view is borne out, don’t expect a rapid transformation, says Guy de Jonquières, a senior fellow at the European Centre for International Political Economy. “Even if Beijing is committed to changing all those things – itself a highly questionable assumption – they will not be changed quickly,” he wrote.