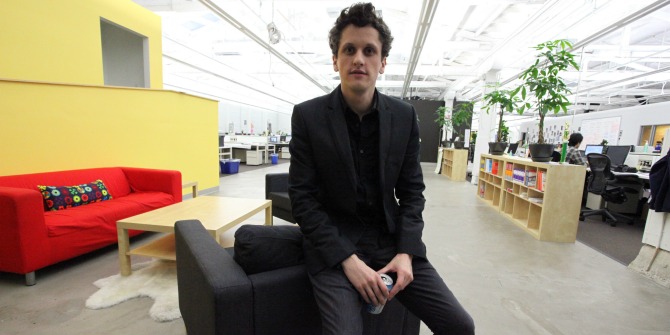 Given the amount of time, energy, and resources it takes to start and develop a successful venture, it is not surprising that founders often describe their organizations as their babies or children. Much like the relationship between parents and their children, these organizations can become self-defining. At the same time, a successful exit or acquisition is often one of the key goals of the entrepreneurial process. How, then, do founders psychologically let go and disengage from their organizations during the exiting process, given a strong identity connection? How do founders manage their identity during this period of transition so that they are ready to start another company?

I explored these questions in a recent study of  founders of technology-based companies. Over the course of two years, I conducted 60 interviews with 34 founders. While many startups fail, my data contained stories of voluntary, successful exits from 30 organizations and 5 experiences of founders currently working for the acquirer. Through my analysis of these successful exits, I developed two key insights.

First, I discovered that founders oriented to their work as entrepreneurs in primarily two ways. With a self-fortifying founder work orientation, founders focused on themselves and their ideas, were motivated to achieve personal benefits such as money, learning, and ego gratification, and viewed the organization primarily as a vehicle to get their ideas into the world. In contrast, with a stewarding founder work orientation, founders were more socially focused, were motivated by working in a team and having a positive impact on the world, and viewed the organization as an important entity worth sustaining.

Second, I found that these different orientations shaped how founders psychologically disengaged. Founders with a self-fortifying orientation continually engaged in idea development, which often led to their involvement with multiple organizations simultaneously. A founder’s identity was already bound up with the next organization(s) prior to exit. In fact, some of these founders were already so psychological disengaged that they did not care what happened to the organization when an exit occurred. As a result, these founders experienced leaving as exciting and they easily transitioned from one organization to the next. They viewed themselves primarily as an “entrepreneurs” rather than as founders of a particular organization, so their identity was reinforced rather than destabilized during the transition.

In contrast, founders with a stewarding orientation believed it was important to fully invest in their companies in order to ensure the company’s future success. They described removing themselves from central decision-making roles in order to empower others and enable the organizations to grow beyond them. Only at the point of exit did these founders consider their future alternatives. As a consequence, many of these founders needed to take a break before founding their next organization. Since they viewed themselves primarily as a founder of the particular organization rather than as an entrepreneur, the transition was emotionally challenging. They experienced a sense of sadness, loss, and pain as they separated themselves from their organizations. With time, many of these founders did start other organizations and found a renewed sense of excitement about future opportunities.

This study has implications for founders. Particularly for first time founders, exit was a top priority, but they did not prepare themselves emotionally for this experience. I was surprised, in general, how little founders considered what the experience of exit would be like for them. This lack of attention might make these transitions even more difficult. This study also reveals that loss does not just occur with failures. Even founders with successful exits can experience a loss. As one told me, “you are not surprised that the world is changing because you were acquired—you are not surprised, but still, it’s a loss.” Founders might benefit from considering, as well as preparing for, the potential psychological and emotional challenges of navigating an acquisition.

Elizabeth (Bess) Rouse (rouse@bu.edu) is an assistant professor of organizational behavior at the Questrom School of Business at Boston University. She received her Ph.D. from Boston College. Her research focuses on creativity at work to understand the role of social interactions in the creative process and how creative workers psychologically attach to and detach from the products they make.