Healing the rifts between mental health workers and psychiatric survivors

Healing the rifts between mental health workers and psychiatric survivors 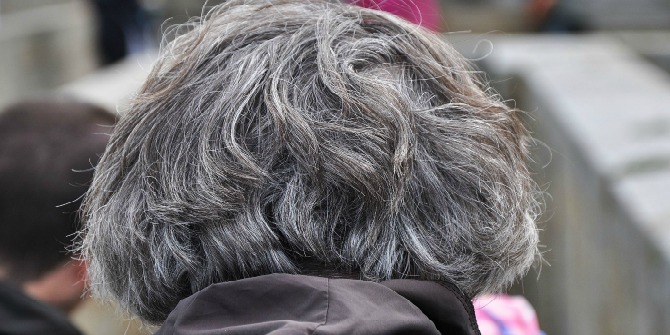 Back head, grey hairs, by Philippe Alès, own work, under a CC BY-SA 4.0 licence, via Wikimedia Commons

Sometimes it is claimed the psychiatric system caused more harm than their original ‘symptoms’. Many experience the system as traumatising, or re-traumatising, by mimicking previous experiences of abuse and neglect which contributed to their mental health difficulties in the first place.  Some psychiatric survivors have referred any form of psychiatric compulsion as a human rights violation, and this is now embedded in the UN convention of the Rights of People with Disabilities.

The poor treatment of service users is not only historical with the current mental health system still having a lot to answer for. This involves not only the use of coercive ‘treatment’ and confinement, including psychosurgery, ECT and often harmful psychoactive drugs, but also various forms of invalidation, or what has been called ‘epistemic injustices,’ where people’s self-knowledge and experiences are disbelieved and  dismissed.

Just two examples will suffice. First, many survivors report their stories of abuse – both prior to, and subsequently within, the system – are not believed and seen as a ‘symptom’ of their mental illness. Second, the psychiatrisation of conditions like Myalgic Encephalopathy/Chronic Fatigue Syndrome (ME/CFS) where organic and physical conditions become ‘all in the mind’. Here, whilst there is a complex inter-relationship between the mind and body, psychiatric reductionism has resulted in a catalogue of instances of maltreatment, neglect and abuse.

In both examples, sexism rears its ugly head. Women and girls are more likely to suffer abuse, especially sexual abuse. In turn, abuse victims find their coping mechanisms labelled as diagnoses like ‘borderline personality disorder’  which Judith Herman described as no more than a ‘sophisticated insult’ pathologising trauma into a mental illness. Most ME/CFS sufferers are female, many of whom have been referred to as ‘hysterical’ and ‘irrational’ by doctors and psychiatrists. The medical and psychiatric establishment has yet to come clean, admit to or apologise for these abuses.

At the same time, mental health workers can feel unfairly maligned. Accusations of psychiatric ‘abuse’ can be hard to hear by a mental health service where workers ‘do their best’ in an inadequate and poorly funded system, with few alternatives.  Undoubtedly, most enter the system to ‘help’ and don’t relish using coercive powers, like those enshrined in the Mental Health Act.

It’s perhaps understandable that workers can become defensive in the current conditions, however survivors are often perceived as recalcitrant, in denial or lacking in insight. On the one hand, workers and often service users’ families are convinced the person needs psychiatric help, even if they don’t know it, but the person concerned refuses.  As a result, we are often locked in an endless battle where both ‘sides’ harden their position – whether within individual service interactions or within broader psychiatry/anti-psychiatry movements. Sometimes it feels there is no way through the impasse.

Maybe we can’t move on till we’ve fully heard and appreciated the depth of survivor’s negative experiences, a psychic equivalent of the  ‘speaking bitterness’  processes during the Chinese revolution.  One important step could be to find ways of supporting survivor-led organisations in developing their own alternatives – or, at least, what Jasna Russo has referred to as ‘the right to search for this ourselves.’

Workers’ organisations also need to find more sophisticated ways of defending, and developing more democratic, mental health services overriding the tendencies of trade unions to stick to bread and butter workplace issues rather than defending the principles of a progressive mental health service. Whilst to some degree these might be parallel processes, there also needs to be a process where survivors and workers can listen to each other, work together, and learn from each other.

Jan Wallcraft and other survivors have made a plea for Truth and Reconciliation in relation to psychiatry.  Such initiatives have been developed in relation some of the world’s worst human rights abuses such as Apartheid South Africa. It is not about seeking retribution or compensation rather, it is a form of restorative justice. A process where silenced voices, including both stories of perpetrators of abuses and victims can be heard, and not interpreted, judged or ‘resolved’.  Could this work in such a contested field as psychiatry?

There have been some recent intriguing attempts. For example, earlier this spring, a series of ‘healing circle’ events were hosted in Portland Oregon US by three grassroots organisations, The Icarus Project (a radical psychiatric survivor project); the M.O.M.S. Movement   (movement of mothers and others standing up together); and Rethinking Psychiatry.

In addition to Truth and Reconciliation, these events were also influenced by Open Dialogue, a new approach to working with people experiencing mental health crises, as well as other initiatives developed to talk about highly emotive and divisive topics. The first event involved those who have received, and those who provide, mental health services.  Each took it in turns to share their stories in an inner circle, without interruption, with an outer circle of those just listening. If people identified as both they could be in either or both. After each inner circle had their say, a debrief was held and the groups swapped over.  It ended with a full circle where people asked questions of each other.

The process was initiated because so many people felt traumatised by psychiatry. However, there was room in this process for people who feel psychiatry had helped them, or those who feel harmed by working in the system, and presumably those who have been harmed by psychiatric survivors. In a similar fashion, Lucy Costa in Toronto has talked about drawing on (but not co-opting) indigenous communities restorative justice initiatives to develop greater understanding between victims and perpetrators of psychiatric violence, drawing on a recent survivor-led anti violence framework.

It’s early days, but these experiences offer hope that something like this could happen in the UK. First, it seems important that any process like this is initiated by psychiatric survivor organisations and their allies, rather than mental health professionals. Second, although such processes may be ‘healing’, it seems important they are not set up as explicitly ‘therapeutic’ as the framework is not about more ‘treatment’. Third, it would require careful facilitation and a willingness for people to participate with an open mind and heart.  Like any form of restorative justice, it won’t work if it is imposed.

Whilst I think these initiatives could be enormously helpful, they are not a panacea.  They cannot replace the urgent work of reforming or revolutionising the mental health system. Maybe, however, transformation can’t happen without it.

Helen Spandler, PhD, is reader in mental health in the School of Social Work, Care and Community at the University of Central Lancashire and one of the editors of Asylum: the magazine for democratic psychiatry. www.asylumonline.net/