The movie 'I, Daniel Blake' accurately reflects the reality of millions of people in the UK, argues John Grahl 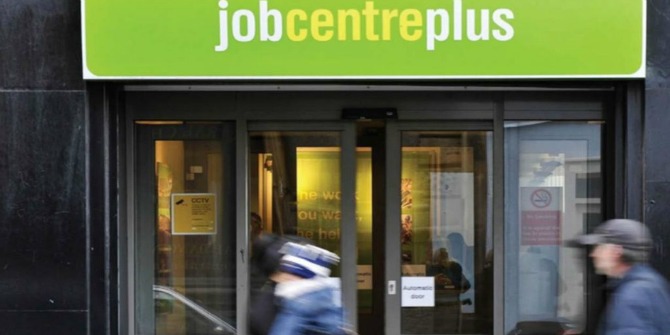 I, Daniel Blake, the prize-winning film directed by Ken Loach, mounts a powerful and moving challenge to the way vulnerable people are treated in Britain’s welfare system. Predictably, Iain Duncan Smith who as Secretary of State for the Department of Work and Pensions (DWP) presided over the introduction of harsh new disciplines for unemployed and sick claimants, is upset by the film’s release.

“I did think that whilst on the one level this was a human story full of pathos and difficulty, and I’m not saying  for one moment there aren’t serious difficulties and issues when you’re under pressure, when things like this happen … the film has taken the very worst of anything that can ever happen to anybody and lumped it all together and then said this is life absolutely as it is lived by people, and I don’t believe that.”

Duncan Smith’s obviously troubled conscience perhaps does him credit. The evidence, however, is that these things happen to many people much of the time and reveal the conservative government’s profound lack of understanding of the reality of their ongoing welfare reforms. This applies equally to the new government consultation introduced by IDS’s successor Damian Green, Work, Health & Disability: Improving Working Lives.

Contrary to the denials of Iain Duncan Smith, claimants are frequently treated by the DWP with disdain. The United Nations is for the second time carrying out investigations into the impact on human rights of UK welfare reform, their first such report being a chilling account of the impact of housing reform with a call to abolish the ‘bedroom tax’. A new inquiry is being carried out by the UN Committee on the Rights of Persons with Disabilities drawing on the consistently powerful campaigning work of Disabled People Against Cuts. It shows how continuing welfare reform abuses basic human rights in the UK.

The speed of welfare cuts is chilling. Sanctions have been curtailed since the frenzied climax of late 2014 when nearly 100,000 people – about 3 per cent of all out-of-work and chronic sick claimants – were being sanctioned each month. There is no doubt that at that time DWS staff were given informal encouragement to impose sanctions. These currently run about 18,000 per month but may again be on the rise.

How this is done varies but includes many cases where seriously ill people are declared to be fit for work. The government seems to be trying to classify as many claimants as possible as fit and has made use of unscrupulous companies with inexpert staff, such as Atos, finally dropped by the government after much negligence and innumerable blunders, in pursuing this goal.

There are very frequent delays in the mandatory reassessments which are supposed to follow such declarations and people judged fit for work are immediately moved off ESA (Employment and Support Allowance, a New Labour replacement for Incapacity Benefit) onto JSA (Jobseekers Allowance) which is usually much lower, even if they have appeals pending and even although very many of these appeals succeed. They may be moved back onto ESA levels when their appeals are lodged but they cannot lodge an appeal until mandatory reassessment has taken place. Claimants face a dilemma – accept JSA benefits and rules or gamble on a successful appeal and back payments of ESA after a period without either benefit.

Such appellants have to meet all the oppressive and dysfunctional requirements imposed on job seekers – CV lectures, endless consultations of useless websites, hopeless job applications and so on. They may be encouraged to undertake “voluntary” work experience without pay. Once they agree, however, the “experience” becomes compulsory and failure to complete it is sanctioned. Sanctions are imposed very frequently on these claimants in particular and on unemployed and chronically sick claimants in general, often for very minor infringements of the DWP rules.

This is a matter of life and death for claimants. DWP’s own statistics reveal that 2,380 people died between 2011-2014 after being moved off ESA. Ninety people a month are dying after a work capability assessment (WCA) declared they were fit to work. The DWP claims the statistics proved no causal effect between benefits and mortality. It said: “These isolated figures provide limited scope for analysis, and nothing can be gained from this publication that would allow the reader to form any judgment as to the effects or impacts of the WCA.” Guardian 27/8/2015.

Of those that survive the process, many are pushed into poverty. Resort to food banks by thousands of the sanctioned is in no way exceptional and DWP staff themselves rely on foodbanks to lower the risks of sanctioning claimants. The main charity involved, the Trussell Trust, reports benefit delays and benefit “changes” as the first and third reason for referrals respectively

“The Trussell Trust’s 400-strong network of foodbanks provides a minimum of three days’ emergency food and support to people experiencing crisis in the UK. In 2015/16, we gave 1,109,309 three day emergency food supplies to people in crisis.”

The main female figure in the film, a single mother denied benefits eventually takes up sex work to support her family. Here, as one might expect, it is difficult to obtain accurate statistical data but connections, and not just anecdotal ones, have been established. The Social Security Advisory Committee, an official body which comments on DWP practice, certainly sees such a connection in the case of drug users: “Claimants with substance misuse problems are already sanctioned disproportionately as a result of the often chaotic nature of their lives. We do not believe that the introduction of an enhanced benefit sanction regime would support behaviour change. There is little, if any, evidence that strong mandation will support the treatment of substance misuse claimants or encourage them to move closer towards the labour market. It may, in fact, move people further from the labour market as they drop out of the benefits system and turn to other sources of income such as crime and prostitution.”

There is nothing exaggerated or atypical in Loach’s portrayal of the welfare system and of the suffering it inflicts. I, Daniel Blake ends with the death of the main protagonist but in this event likewise the film condenses; it does not distort.

John Grahl is professor of Economics at Middlesex University. He specialises in the economic and social policies of the European Union. A particular interest is in the social consequences of financial change in Europe. He is a founder member of the EuroMemo group which produces an annual critique of EU policies and has contributed to all twenty-one of its memoranda.