When a psychologist’s true calling is social activism

When a psychologist’s true calling is social activism 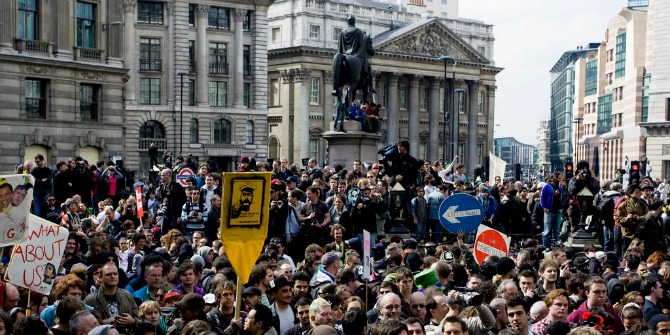 Small section of the crowd, London G20 protests April 2009, by Kashfi Halford, under a CC-BY-NC-2.0 licence

It all started at the LSE in 1972. I’d just successfully completed a post graduate diploma in social policy to add to my degree in psychology and felt troubled. My degree had mainly covered behaviourism, new research on sensory perception and a sneering glance at psychoanalysis. It was a time of social protest, especially at the LSE, and my conventional Northern working class conscience was in crisis. In the political times of the 1970s, what sense could we make of psychology and how was I going to survive work in this real world where right was wrong and wrong was right?

At that time, two experiences influenced me heavily.

Firstly, that British Paratroopers shooting dead 14 civilians in Derry in the North of Ireland on 30 January was wrong. When I joined tens of thousands of demonstrators in London to protest I found myself grabbed by a policeman, roughed up outside No 10 Downing Street, and locked in a cell with 40 other smelly lads to be found “Guilty!” and fined £15.00. Bizarrely, the young policeman who had arrested me then privately apologised. He said “I took you because it was a violent scene. I was frightened and wanted out”.

Secondly, a job I was encouraged to consider as a bright-eyed bushy-tailed psychology graduate was behaviour modification (including shock therapy) to make ‘homosexual men happy to be straight men’. Another “What!?!” moment. I was soon attending several gay liberation meetings and protests where we did get stoned – and ouch, stones hurt.

In response to this deep conflict between my professional and political allegiances, I gathered a group of people together and we organised a conference ‘The Politics of Psychology’ at the LSE. I chaired it (badly no doubt), 400 attended, we included humanistic psychology, had some street theatre and did lots of Paulo Freire participation. This was followed in 1973 by a pamphlet ‘Rat, Myth and Magic’, a political critique of psychology.

Starting to take control of my life, I ran into a revolutionary group called Solidarity and was struck by the straightforward sensibleness of their statement:

“Meaningful action . . . . . . . is whatever increases the confidence, the autonomy, the initiative, the participation, the solidarity, the equalitarian tendencies and the self-activity of the masses and whatever assists in their demystification. Sterile and harmful action is whatever reinforces the passivity of the masses, their apathy, their cynicism, their differentiation through hierarchy, their alienation, their reliance on others to do things for them and the degree to which they can therefore be manipulated by others – even by those allegedly acting on their behalf.”

I liked this and, as a school and adult teacher and educational psychologist it has inspired me and helped me survive work over the last four decades.

Psychology has this terrible habit of psychologising things. ‘Managing anger’ when anger is appropriate; teaching teenage girls to ‘cheer up’ or ‘calm down’ without noticing – or doing anything about – the fact they’ve been abused; giving individual young people extra lessons when the teaching should be better for all children; seeing ‘deficits’ in children when the way education is organised is defective. This presents educators and psychologists with conflicts – do we drill down our sights on individual children when a societal response might sometimes be more appropriate? Do we pretend to be neutral when the terrain where we practice is defined by those with different values to us?

What we did to connect our values with our paid work was in 1998 to set up a broad-based group called Educational Psychologists for Inclusion. Our first action was to value ourselves; we saw ourselves as entitled to share and learn, to take action and support each other. The second thing was to recognise the ‘social model of disability’ as crucial to being a principled psychologist, or just a principled person. The social model of disability says that disability is caused by the way society is organised, rather than by a person’s impairment or difference. It looks at ways of removing barriers that restrict life choices for disabled people.

Forty seminars followed, developing the social model in our day-today practice, discussing everything from the Voice of the Child, to the Salamanca Statement, reorganising schools, pilot schemes, setting up parent’s groups, Local Authority redundancies and back again. We have lobbied Local Authorities and government ministers, and formed alliances with disabled activists and many others. We are currently completing a book called We Know That Inclusion Works (available from psychinclusion@yahoo.co.uk). As educational psychology has been partly privatised, we hope these ideas find new places to grow.

In navigating the profoundly political tensions of this work, having a strong sense of yourself helps. In my work I have continually asked myself the question: “what will increase the ‘confidence, the autonomy, the initiative, the participation, the solidarity, the equalitarian tendencies and the self-activity’ of the children and young people, the parents and teachers I work with day to day? One of the answers I came to was that we all want to have the best of life’s opportunities. Being a ‘psychologist for inclusion’ gave me the values and confidence I’ve needed to survive work and enjoy the process of making a difference.

Keith Venables grew up on a council estate in the North West of England and was the only person on his street to go to university. He retired with 4 MAs and gained the British Psychological Society’s “Distinguished Contribution Awards” in 2012. He is a socialist activist, delighted with the renewal of progressive ideas in Britain, and chairs the significant national group “Health Campaigns Together.”