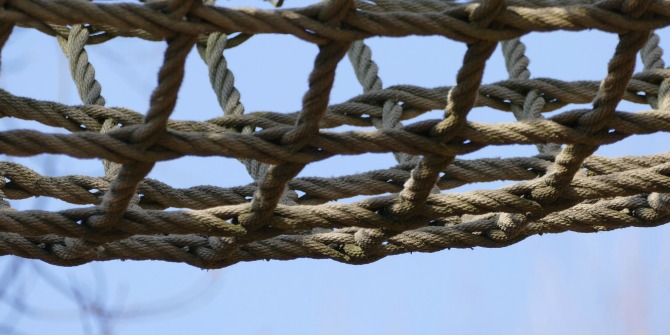 Economists have traditionally modelled human behaviour by assuming individuals maximise their personal happiness subject to some form of constraint, budgetary or otherwise. They tended to say relatively little about the effect of relationships between family, friends, neighbours and work colleagues. Such neglect reflected perhaps not an ignorance of the importance of such interactions, but rather an awareness of how difficult it is to model theoretically, and measure empirically, such phenomena.

In our study we model and measure the role of cooperation within a very particular interaction and outcome: workplace absenteeism. In so doing, we shed light of one of the central issues regarding human behaviour. To what extent, if any, do people care about others?

We apply the model to a two-worker framework within which work is interdependent. The absence of one worker imposes a cost on the other worker. We think of this cost possibly in terms of the additional effort that workers have to exert to compensate for the absence of their colleague. We predict that if workers are selfish and do not care about one another, then they will be more or less likely to absent than a worker working in isolation. If, however, they care, then they will unequivocally absent less.

We test our model by comparing the absence rates of workers who actually do work either alone or in pairs. Our data comprise the daily absence records of sixty-four optometrists working in one of the twenty-two practices of a private ophthalmic optician company in the northeast of Scotland over the period April 2005 – September 2008. The optometrists are professional service providers who examine eyes, prescribe spectacles or contact lenses, give advice on visual problems and detect any ocular disease or abnormality, referring the patient to a medical practitioner if necessary.

When an optometrist is absent, the scheduled appointments are cancelled and rescheduled unless a substitute optometrist is found. Optometrists are constrained in the number of eye examinations (i.e. appointments) they can perform during a day by the National Health Service (NHS) Scotland. Therefore, optometrists who are absent one day are not expected to make up all cancellations the next day.

Furthermore, they are unaware a priori whether or not a substitute optometrist will be sent to the practice. Hence, we assume that when making the decision whether to absent, both single and double-testing optometrists face the same expected cost of absence in terms of the eye examinations that they will have to perform once they return to work. Double-testing optometrists are close substitutes in production since in the absence of one optometrist the other optometrist, under the terms of their employment contract, may pick up additional appointments, without extra pay, in order to minimize the cancelling and rescheduling of appointments. The number of working days that optometrists missed over the sample period due to absence account for 1.3 per cent of their total contracted days.

Our empirical analysis suggests that absence is indeed lower when employees work in pairs rather than in isolation, a result that lends support to the cooperative equilibrium outcome in our theoretical model. The estimated effects suggest that moving from single-testing to double-testing reduces the probability of absence by 0.004 percentage points. Whilst small in absolute terms, with an average absence rate of 1.3 per cent, this implies a potential relative fall in the probability of absence of 30 per cent.

Our results shed some light on how people interact in the workplace and the effect of that interaction on their decision to be absent or not. Our study maybe suggests that they do care about each other. They cooperate and in so doing reduce absence relative to selfish, non-cooperative workers. HR policies that foster and promote a collegial environment may be an important tool in reducing absence from the workplace and its consequent loss in productivity. Much (much) more broadly, our study suggests that we should not be entirely pessimistic about the future of the human race.

Tim Barmby (tim.barmby1@ncl.ac.uk) has an academic background mainly as an empirical labour economist. He held academic posts at Newcastle and Durham before taking up the Jaffrey Chair of Political Economy at the University of Aberdeen which he held until 2016 when he retired and was made Emeritus. In the latter part of his formal career he developed an interest in economic history, and in particular the labour contracts of lead miners in Allendale and the Northern Pennines. He is now continuing to conduct research on the labour market of metal miners in the 18th and 19th centuries, and have an interest in how academic work can inform and be informed by Industrial Heritage and Industrial Archaeology.

John Sessions (j.g.sessions@bath.ac.uk) graduated from the University of Southampton with a BSc Economics (First Class Honours), and was then awarded an MSc and PhD by the London School of Economics. He has worked at Loughborough and Brunel Universities in the UK and has held visiting positions at Cornell University, Dartmouth College, University of Illinois at Urbana-Champaign, Universite-Pantheon-Assas Paris II, France, and University of Trier, Germany.

Alexandros Zangelidis (a.zangelidis@abdn.ac.uk) joined the Economics Department at the University of Aberdeen in 2003. He is affiliated with the Centre for European Labour Market Research (CELMR) and the Scottish Institute for Research in Economics (SIRE). His research interest is in applied labour economics, and health economics. He has led various research projects and participated also in large EU funded projects. He has published in a wide range of journals including the Journal of Economic Behaviour and Organization, Oxford Bulletin of Economics and Statistics, Labour Economics, and Industrial Relations.