Despite Brexit and Trump, London and NY will keep attracting real estate investors

Despite Brexit and Trump, London and NY will keep attracting real estate investors 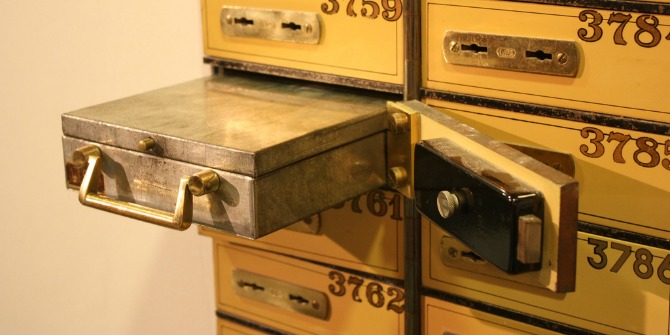 The transnational wealth elite are a group of people who individually come from one place, but invest their wealth transnationally since they entertain transnational jobs, assets and social networks. Although these elites appear to have a geographically diverse investment portfolio, they do not invest everywhere. Indeed, their real estate investment takes place primarily in first-tier global cities (e.g. London, New York, Singapore) and capitals of luxury tourist destinations (e.g. Davos, Courchevel, Cabo San Lucas, some islands in the Caribbean), and secondarily in second-tier global cities that are simultaneously urban cultural centres (e.g. Paris, Amsterdam, Miami).

In 2015, foreign real estate investment reached $62.7 billion, a 33 per cent increase since 2014. In 2012, 85 per cent of all high-end residential real estate in London and 50 percent in New York were acquired by foreign buyers.

Globally 69 percent of the asset managers and bankers that responded to the Knight Frank Global Wealth Attitudes Survey 2016 viewed residential-for-investment as the most popular real estate investment sector in the past six years; and 47 per cent thought it would become even more popular with wealthy investors over the next ten years. The survey respondents also indicate that, for their clients, residential real estate ‘‘as an investment to sell in the future’’ (55 per cent), ‘‘as a safe haven for their funds’’ (47 per cent) and ‘‘to diversify their investments’’ (46 per cent) was more important than ‘‘as a new place to live’’ (37 per cent) or buy-to-live.

New York and London (NY-LON) have a history of inviting property investments from transnational wealth elites. Globalisation, geopolitics and cycles of commodity prices shaped sequential episodes of cross-border real estate transactions in global cities. In the wake of the Iranian revolution and the hike in oil prices in the late 1970s, there was an influx of investment from elites from the Gulf Region into global cities. In the mid 1980s, Japanese investors flocked into NY-LON to acquire iconic buildings, such as the Empire State Building and Rockefeller Center.

The collapse of the Soviet bloc after 1989, the rise of the BRICS (Brazil, Russia, India, China and South Africa), in particular China, and the return of high oil prices in the 2000’s led to a new surge of transnational wealth elites investing in real estate in London and New York. A majority stake in post-crisis landmark buildings as the Shard, the Gherkin, One Hyde Park in London, and 15 Central Park West and One57 in New York is now in the hands of these elites.

To understand why NY-LON developed into hubs of a global network of plutocrats, we need to combine different explanatory narratives. First, the underlying process is the massive accumulation of wealth. The growing stock of capital in relation to the global economy, captured by Piketty’s R> G (meaning that the rate of return on capital is larger than the rate of economic growth), is a fundamental driver of inequality on a global scale, breeding a growing population of wealth elites. Together, the growing inequality and the surplus capital at the top underpin the flow of investments in super-prime real estate in global cities. As such, the use of NY-LON as a safe deposit box by wealth elites is a specific illustration of a broader state of overaccumulation that pushed for the ‘urbanization of capital’ as David Harvey depicted the process earlier.

Secondly, the relative stable political and legal environment in NY-LON and the instability at home make foreign real estate investment into an insurance policy for many of the non-OECD based plutocrats. The lack of investment opportunities (and related political-economic structures) at home to store wealth safely is also part of the push factors. It is unclear how the sweeping political changes of 2016 influence these gravitational forces of NY-LON in the long run.

The market dynamics in NY-LON are a third set of factors that explain the interest of the transnational wealth elite in super-prime real estate. The network externalities of first-tier global cities, London and New York in particular, generate a self-enforcing dynamic: investors buy real estate because others are attracted to these locations. Echoing Marx’s depiction of money as ‘‘general equivalent’’ or ‘‘universal measure of value’’, high-end real estate in prime locations is interchangeable with any currency or other form of capital, and therefore possesses similar qualities as cash. These locations are perceived as the most liquid markets in the world and are therefore suitable to act as a global reserve currency.

Fourth, the transnational wealth elites are attracted to these global cities because of a number of socio-cultural factors, including personal (family, studying), relational, business and sociocultural reasons (prestige, high culture). Indeed, the top five cities with the greatest number of wealth elites – London, New York, Hong Kong, Singapore and Shanghai – are all key international financial centres.

Finally, there is a connection between the offshore world of tax havens and NY-LON real estate investments by non-residents. The crackdown on tax havens such as Switzerland and Luxembourg has been an important push factor for capital to be stored elsewhere. Furthermore, besides tax avoidance and evasion, tax havens also allow to create smoke and mirrors mystifying the ultimate beneficial owner of properties.

The use of global cities as a safe deposit box for the transnational wealth elites has many consequences for the fabric of the cities involved, ranging from a disappearing sense of community to a lack of housing affordability. Moreover, we are witnessing the formation of a broader archipelago of global cities acting as a safe deposit box: second-tier cities such as Vancouver and Amsterdam are starting to feel the effects of the capital inflow of transnational wealth elites

From time to time the typical cyclical market dynamics will appear in the super-prime locations of NY-LON, and prices will go up and down. If historical analyses of housing wealth have taught us anything, it is the inherent cyclical nature of housing markets combined with the belief that ‘‘this time will be different’’. From this we may conclude that we need to be cautious in asserting the long-term durability but we can be certain of the short-term safe haven standing of real estate in London and New York in the uncertain political, economic, monetary and geo-political landscape we face today.

Rodrigo Fernandez is a postdoctoral researcher at the research group The Real Estate/Financial Complex at KU Leuven. Since 2011 he has been an associate researcher at SOMO, working on tax avoidance, tax havens and shadow banking. He has an interest in housing finance, financialization and offshore finance.

Annelore Hofman is undertaking research on the role of the state in real estate finance and development in the UK and the US, as part of her PhD studies at the research group The Real Estate/Financial Complex at KU Leuven, Belgium. She has an interest in public-private relationships, social inequality and urban re/development.

Manuel B. Aalbers is associate professor of Human Geography at KU Leuven, Belgium, where he leads the research group The Real Estate/Financial Complex. Before that, he was at the University of Amsterdam and Columbia University, New York. He has an interest in housing policy, mortgage markets, social exclusion, gentrification and urban development. His latest book is The Financialization of Housing. He also edited the book Subprime Cities.