Ethical problems in business start with biases in judgement

Ethical problems in business start with biases in judgement 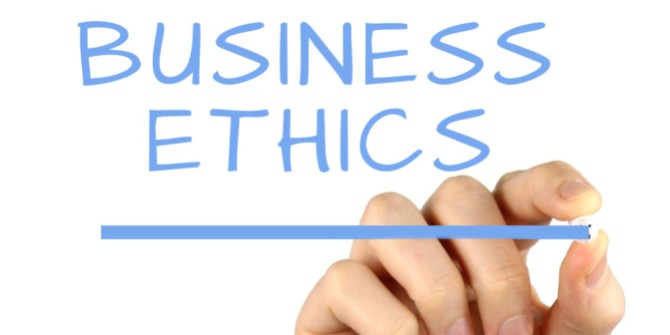 Decision-making is a complicated process. Making decisions that involve ethical choices is even more complex. In fact, many times leaders don’t even recognise when decisions involve an ethical component, which is when disaster can strike.

Unethical choices made by corporate executives and leaders have received increasingly high-profile attention in the media, resulting in far-reaching negative consequences for their organisations. This trend has brought business ethics to the forefront of many conversations; revamping corporate policies, creating high-profile positions within organisational hierarchies, and guiding education and training programs from executive coaching to MBA curricula. To that effect, and as any good manager will tell you, the key to improving a process is first better understanding it.

Much like us, leaders want to make the best decisions and, much like us, don’t always do so. The question becomes why not? In setting out to answer this question, we wanted to understand ethical decision-making as a process, find areas in the process that were problematic, and then recommend practical solutions.

Our research explored the ethical decision-making processes of 65 high-profile corporate executives by analysing the critical ethical decisions discussed in their biographies and autobiographies. Specifically, we identified the challenges that can hinder the process (biases) and ways in which these challenges can be avoided or ameliorated (strategies) by examining them against the outcomes of their decisions (ethical choices versus unethical choices).

We view the ethical decision-making process in three parts:

We mapped the leaders’ biases and strategies onto this framework and identified how they hindered or helped leaders in ethical decision-making.

We found that biases that interfered with the information-gathering stage of ethical decision-making were associated with fewer ethical decisions. These types of biases included problems with framing information and pre-dispositions toward a specific alternative. These biases can limit the amount of information considered when making decisions and also skew the leader’s perceptions.

Leaders should also consider the sources of their information. Inviting information from others just to include them in the process (sometimes for nefarious purposes like scapegoating) is problematic. Likewise, failing to acknowledge the limitations of one’s own knowledge base or expertise level, and thus failing to involve others when you should, is detrimental.

In order to help alleviate some of these issues, we identified strategies that appear to improve outcomes. Specifically, strategies that improve the information-gathering process were related to decreases in unethical decisions. However, increasing information is not a panacea; information overload must be avoided by stripping away and discounting information that is not relevant to the task at hand. Excessive, irrelevant information can further complicate an already complex process, and is just as problematic as not having enough information.

Often leaders are passionately attached to their work and organisations. While this can have some benefit, it also invites the opportunity for personal biases and agenda to creep into the ethical decision-making process. This “bias creep” has the effect of transposing personal value systems, which may be more emotionally laden, on top of organisational value systems. Doing so has the potential to reduce leaders’ ability to analytically frame information and/or increase the assumptions they make regarding the relevance of information.

It is also important to realise that ethical decisions are not made in vacuums. Every decision made by organisational leaders creates the context in which the next decision will be made and so on. As a result, the decisions made by leaders over a period of time tend to cultivate a certain type of culture. We felt it was important to consider ethical decision-making in this aggregate, cultural sense and made another interesting observation.

Over time, biases that impacted the problem-recognition stage of the ethical decision-making process reduced the ethical culture of the organisation. When leaders made decisions and were blinded to their potential unethical outcomes, this resulted in future decisions that continued down an unethical path. A common bias operating at the problem-recognition stage is an insensitivity to moral issues, perhaps due to hyper-focus on alternative aspects such as bottom-line. Such insensitivity results in a leader that fails to see ethical components of their choices and might inadvertently harm a stakeholder group.

Another such bias occurs when leaders choose to ignore negative feedback about the outcomes of prior decisions and proceed as if everything is going according to plan or simply assume that everyone is on board with the plan. Occasionally, leaders who do recognise prior questionable ethical decisions may become “gun shy” and prefer the status quo rather than acknowledging a problem or even “pass the buck” to avoid ethical decisions altogether.

Our research examined ethical decision-making in ways that made a complex process slightly more manageable. In the spirit of common organisational initiatives such as Total Quality Management, Six Sigma, and kaizen initiatives, we broke down the ethical decision-making process and found strengths and weaknesses from which to make process improvement recommendations. We believe that training current and future leaders to consciously avoid noted biases and employ identified strategies will help prevent future organisational catastrophes and reduce unethical business practices. The past doesn’t have to repeat itself… if we chose to learn from it. This framework creates a rare opportunity to do so.

Thomas A. Zeni is an Assistant Professor of Management and Industrial Relations in the College of Business & Economics at West Virginia University. He holds an MBA and Ph.D. in Industrial and Organizational Psychology from the University of Oklahoma. His primary research interests surround ethical decision-making, leadership, counterproductive work behaviours, and emotions. Dr. Zeni’s work has been published in leading academic journals, and presented at various professional and academic conferences.In addition to his research, Dr. Zeni is passionate about teaching. He brings over 10 years of general management and human resource management in both corporate and small business settings to the classroom. His primary teaching responsibilities are with the Masters in Industrial Labor Relations program at WVU. In 2015, Dr. Zeni was recognised with a Teaching Excellence Award from the Accreditation Council for Business Schools and Programs.