In most firms, boards are empowered in their advisory roles and don't limit themselves to only monitoring, write Ralph De Haas, Daniel Ferreira and Tom Kirchmaier 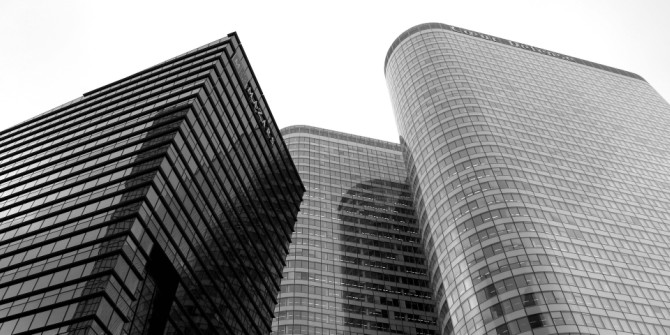 The board of directors forms an integral part of a firm’s governance mechanisms. Yet, how boards perform their dual role of supervisor and advisor of corporate management is difficult to observe from outside of the company. To open this black box, we survey 130 non-executive directors in various emerging markets to obtain detailed information about the inner workings of boards. We document substantial variation in the structure and conduct of boards as well as in directors’ perceptions about the local legal environment. Further analysis indicates that directors who feel adequately empowered by local legislation are less likely to vote against board proposals. They also form boards that play a stronger role in the company’s strategic decision-making. This suggests that a supportive legal environment allows directors to focus more on their advisory as opposed to their monitoring role.

Our recent working paper exploits data collected through an online survey of 130 current and past board directors (De Haas, Ferreira and Kirchmaier, 2017). These non-executive directors were on the boards of companies across 27 emerging markets and were all nominated by the European Bank for Reconstruction and Development. We use these nominees as entry points to access detailed information about the behaviour and conduct of their boards.

The resulting data allow us to create measures of advising and monitoring activity inside boards. In their monitoring role, directors are supposed to look after the interests of all shareholders – including non-controlling ones – and, sometimes, of other stakeholders, as stated in the local corporate law. While performing their duty, directors will often find themselves in disagreement with management and controlling shareholders. Such disagreement can lead to concrete actions, such as voting against management and/or controlling shareholders. In their advisory role, directors contribute with their business expertise to the formulation and implementation of a company’s strategy. Board advice is usually understood as active participation in decisions of a strategic nature (see e.g. Adams and Ferreira, 2007). For such advice to be meaningful, the board needs to be empowered to make strategic decisions.

To investigate the relative importance of the monitoring and advisory roles of boards, we analyse two subjective measures of decision making. The first relates to the board’s ability to participate meaningfully in strategic decision making. The second measure proxies for the frequency of disagreement between directors and the rest of the board. We find that in 52 per cent of all cases the board makes the final decision on strategic issues, while in 41 percent of companies it is the majority shareholder, and in the remaining 7 per cent it is management. This indicates that in most companies, board directors are empowered in their advisory functions and do not limit themselves to merely monitoring management.

The breakdown of answers reveals striking differences between countries. One possible explanation for these cross-country differences is variation in the perception of the quality of the legal environment. Our data show that there is wide variation in how board directors assess the quality of the local legal system and the extent to which it empowers them to fulfil their role. Indeed, when board directors feel more empowered by the local legal system (i.e., the ability of local laws to empower directors is above the mean), it is more likely that final decisions are taken by the board (58 per cent) than when directors feel less empowered (39 per cent). Our analysis indicates that in case board directors are adequately empowered by local legislation, it is more likely that the boards they comprise play a stronger role in the company’s strategic decision making.

The second measure of decision making inside the board is the proportion of directors who have ever voted against board proposals. Our data show that 69 per cent of directors have voted against board proposals at least once during their tenure. Our sample directors thus appear to be significantly engaged in monitoring activities. We expect independent directors to vote against projects that may harm the interest of non-controlling investors. Thus, a high frequency of voting against projects could be explained by a combination of high levels of director independence and a large number of proposals that are harmful to the interests of non-controlling shareholders. We note, however, that the fact that a substantial minority of directors never votes against board proposals is not necessarily a bad thing, as it is quite possible for disagreements to be discussed and cleared up in the boardroom without a formal vote taking place.

Formal legal protection on the book may not apply in equal measure to all board directors, or may be perceived in different ways, and our findings indeed suggest that those who feel most exposed to a lack of legal back-up are the ones that resort more frequently to active voting. To put it the other way around, those that feel the power of the courts on their side are also those that are most at ease in the boardroom.

Ralph De Haas (Maastricht, 1976) is the Director of Research at the European Bank for Reconstruction and Development. Prior to joining the EBRD, he worked at the Banking Supervision and Monetary Policy Departments of the Dutch central bank. Ralph holds a PhD in Economics from Utrecht University and is currently a part-time Associate Professor of Finance at Tilburg University. His main research interests include international banking and financial integration, development economics, and small-business finance.

Daniel Ferreira is Professor of Finance at LSE, a research fellow at the Centre for Economic Policy Research (CEPR), a fellow at the European Corporate Governance Institute (ECGI), editor of the Journal of Empirical Finance and associate editor of Management Science. He has a PhD in Economics from the University of Chicago. His research interests are in theoretical and empirical corporate finance and governance; and organisational economics.