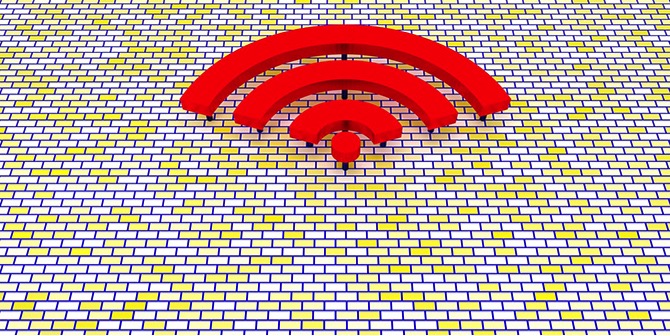 In December 2016, Rupert Murdoch’s 21st Century Fox reached an agreement in principle to buy satellite broadcaster Sky. After Fox formally notified the European Commission of its bid on 3 March, Culture, Media and Sport Secretary Karen Bradley has said that she is ‘minded to’ refer the deal to Ofcom on the grounds of media plurality and commitment to broadcasting standards.

Karen Bradley will decide by 13 March whether to refer the acquisition by Rupert Murdoch’s 21st Century Fox of the remaining 61% of British broadcaster Sky’s shares that it does not already own to the regulator Ofcom for review. Some excellent arguments have been made for referral to Ofcom and against the deal entirely on media plurality grounds because of concern over news production and distribution.

Bradley has the power to indicate a scope for Ofcom’s review in the grounds she gives for the referral, and she told the House of Commons that she is not ruling out anything if she decides to intervene. In addition to more traditional plurality and broadcasting standard concerns, Ofcom should be instructed to consider the public interest implications of the fact that Sky is also a major broadband supplier.

Not just news and sports

Sky is most recognised in the UK for Sky News and its premium subscription sports content. However, according to Ofcom, as of 2016 the company also held 23 per cent of the UK’s home fixed broadband market. Its takeover of the broadband provision arms of O2 and BE in 2013 allowed it to grow significantly in this area, supplying broadband as a standalone product or bundled services with subscription television and other services. Last year Sky also launched Sky Mobile, a mobile service focused primarily on data plans offering high quality streaming and download through 4G networks.

The company is therefore not only an important player in the production of news and provision of other content, but is also steadily growing as an internet service provider (ISP). Given that the ways people consume media content is increasingly reliant on their internet connection this puts Sky, and other ISPs, in the position of gatekeeper for many people’s access to content.

This might not be a public interest issue, or risk to plurality, if we had absolute net neutrality – meaning that ISPs could in no way differentiate the content that is carried on their networks – but we don’t. Traffic management by ISPs is allowed under EU rules if it is “reasonable”. While according to the Body of European Regulators for Electronic Communications (BEREC) there should be no blocking, slowing or degradation of services except when absolutely necessary and for a short time, it is still allowed.

EU rules do allow ISPs to enter into commercial agreements to give certain services optimised delivery on their networks or even zero-rating deals. Zero-rating is when a service is not counted in the customer’s data usage, so using them does “cost” part of their data allowance, and when the customer hits his or her data cap those services continue to be used as normal while others are blocked or slowed. The use of zero-rating agreements must be assessed on a case-by-case basis. BEREC guidelines for regulators making those assessments include, among other criteria:

These are certainly media plurality concerns that could be foreseen in an Ofcom review, and considered in the design of any undertakings if the merger is allowed to go ahead.

The challenge that “reasonable” traffic management and zero-rating agreements pose to media plurality are not purely hypothetical. In last year’s European Commission consultation on media pluralism and democracy, the Swedish public broadcaster’s response cited the zero-rating agreements that ISP Telia had with various platforms as having a detrimental effect on its access to audience and citizens’ ability to view its content. Along with other content providers, it felt forced to either enter into an agreement to pay for similar optimisation, or risk losing audience as its content was effectively delivered at a higher price to consumers.

The Swedish broadcaster along with 26 other Swedish publishers and content providers are fighting for stricter net neutrality rules in that country in order to ensure media plurality and citizens’ access to a diversity of content. The EU rules do not do enough to ensure traffic management cannot be used to influence consumer access to diverse content, and even worse policy might be in place in the UK following its likely exit from the EU. The UK government’s approach to ISPs and media in its passage of the Snooper’s Charter last year would indicate it is unlikely to go for the kind of stronger net neutrality the Swedish media and others are calling for.

If the Sky-Fox deal goes ahead without any undertakings we could see a future in which Sky’s role as an ISP has consequences for various kinds of media. 21st Century Fox owns massive production companies and television channels, holding the rights to a huge catalogue of content in addition to Sky’s news and sports. Imagine the possible implications for Netflix or Amazon who buy some of that content for distribution in the UK if 21st Century Fox also has complete control over the ISP that almost a quarter of the population depends upon to access those services. Those big players might be prepared to do the deals for optimisation necessary, but what might be the consequences for UK broadcasters or publishers that compete with Sky’s channels or its sister company’s newspapers? In addition to a very serious review of the implications of this merger on news production and dissemination and content standards, Ofcom also should be instructed to consider these potential consequences of Sky’s ISP role from a public interest perspective.

Sally Broughton Micova is Lecturer in Communications Policy and Politics in the School of Politics, Philosophy, Language and Communication Studies at the University of East Anglia. Prior to joining UEA she was an LSE Fellow in Media Governance and Policy and Deputy Director of the LSE Media Policy Project. She remains a Visiting Fellow at the LSE and since 2012 is also a visiting lecturer at the Institute of Communications in Skopje, Macedonia.