How a beer found success with an authentic use of history

History has a strong emotional appeal, inviting people to be part of something greater than themselves, write Mary Jo Hatch and Majken Schultz

How a beer found success with an authentic use of history 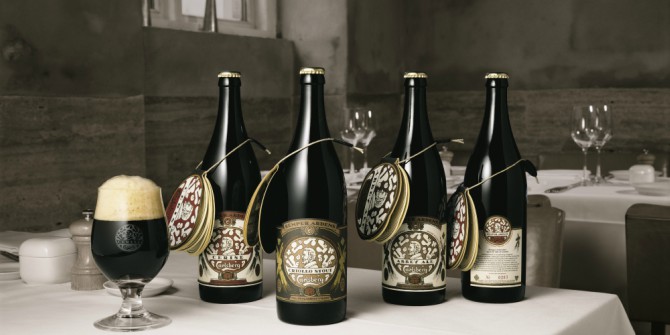 Countless times top managers newly appointed to a company immediately announce a better future for their stakeholders, one they declare with conviction will be notably different from the past. Many want to distance themselves from what came before, which they were not part of and in any case cannot change. So they direct attention forward by promising: “We can and will change our future!”

Although managers’ responsibilities are to influence the future, our study of historicising at Carlsberg Group indicates that the past can greatly benefit their efforts. An organisation’s past reminds people of the vision and innovations that made for today’s successes and invites employees and other stakeholders to see themselves as part of a history that will continue into the future. The attractions of being part of something greater than oneself and more lasting than the present moment engages people and, as our research shows, some find it an irresistible force.

Now, we know that among politicians and business leaders are some who manipulate with little or no respect for historical facts. Pundits claim this tendency has landed us in a post-truth world built from “alternative facts” and other non-rational atrocities. But skepticism arising from the manipulation of both truth and history should not lead you to conclude that truth and history are unreal or that references to them are unwarranted or unwelcome. In fact our study indicates that people can and do use history to uphold truths that have the power to influence those who hold power over them.

Like many other breweries, Carlsberg has a long history that includes a dramatic founding story. Not only was Carlsberg founded by an entrepreneurial visionary, it was influenced by the aspirations and conflicts of both the founder and his son, who together oversaw important contributions to the science of brewing and performed significant acts of philanthropy dedicated to the arts and sciences. However, with passing time Carlsberg Group became concerned with issues of scaling, efficiency and market share, as it strove to be a major player in the global brewing industry. Carlsberg’s history became more of a tourist attraction than an asset for developing the business (tourists can visit the old brewery on Carlsberg’s Copenhagen campus).

In spite of their mostly forgotten past, when it came time for the company to confront the upswing in micro-brewing in the 1990s, a small team of master brewers and marketers formed a skunkworks plot in which Carlsberg would develop the first modern micro-brewed beer in Denmark. In searching for a name for their new product they stumbled upon a motto favoured by the founder’s son Carl — Semper Ardens – Latin for ‘Always Burning’.

With the backing of passionate beer enthusiasts both inside and outside the company, Semper Ardens Beer produced a home run – a premium beer warmly welcomed by local markets. It took lots of negotiation inside the company to explain the name and convince top managers of the wisdom of using something old and forgotten written in a dead language, but the enthusiasm unleashed by the project prevailed, at least for a time. Five years after its successful launch the beer was downgraded from premium to discount status to generate greater revenue and eventually it disappeared along with the motto which receded back into distant memory.

But Semper Ardens made a second comeback. In the late 2000’s consultants again dug up the old motto, giving it a central position in a new corporate identity statement designed to unify a now much larger company recently built from acquisitions and embracing 500 beer brands. For the same intuitive and emotional reasons the Semper Ardens Beer team used the motto in their naming process, those who encountered Semper Ardens on this second occasion felt its emotional pull. For many we spoke to inside Carlsberg Group, the phrase spoke to what was authentic about Carlsberg, its passion for beer and brewing and for the company itself.

On both occasions during which Semper Ardens was rediscovered, top managers were not the initiators. We believe the urge to invoke the motto came from the company’s history. That is, Carlsberg’s history inserted itself into both processes with a seductive force that brought Semper Ardens to the attention of two different teams with very different briefs who both saw in it something authentic that persuaded them to use it.

In our article we reach the conclusion that, by evoking emotional resonance, history can persuade us and we can use history to persuade others. The key is to be genuine, to do the research required to back up historical claims, to fact check before acting on intuitive inclinations and thereby to invoke the powers authenticity unleashes. Faking authenticity may work for a time, but the real thing is hard to deny.

Our advice for managers is to listen carefully, when employees dress their ideas or concerns with references to history. The agency of historical ideas may not always be welcome in the present, but the power of the past to give meaning to current action is motivating to many employees and may be compelling for stakeholders. As Machiavelli noted long ago: all human affairs, whether they be constituted as sects, institutions or corporations break down when they drift too far from their beginnings. He claimed there is no remedy but to call them back and we believe that calling upon history is a means to this end. Our study shows that those who do, gain power from authenticity that surpasses truth without denying it.

Mary Jo Hatch is Professor Emerita at the University of Virginia’s McIntyre School of Commerce; a Visiting Professor at IEDC Bled School of Management in Slovenia; and International Research Fellow with the Centre for Corporate Reputation, at Oxford University’s Saïd Business School. She has had a career-long association with Copenhagen Business School, and has held visiting professorships at UCLA, Sweden’s Gothenburg University, and Singapore Management University. She holds a Ph.D. in organisational behaviour from Stanford University. (E-mail: mjhatch@virginia.edu).