When leaders are other-centred, concerned about the team and the community, employees respond in kind, write Mitchell Neubert and Emily Hunter 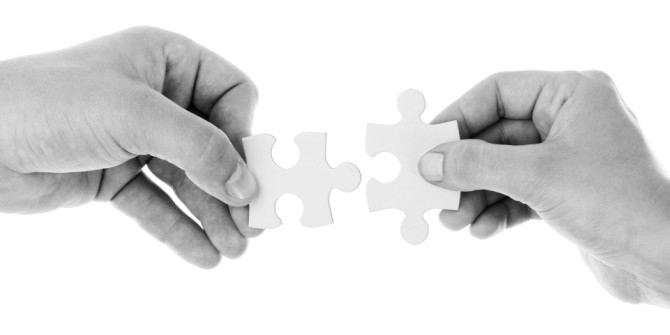 It is not uncommon today, in both non-profit and for-profit organisations, for servant leadership to be used as a term to speak well of current leaders or to describe what is expected of future leaders. After all, if an organisation values their employees or demonstrates concern for its customers or community, isn’t this servant leadership? It may well be, and let’s hope it is, but if most of us are honest we might be a bit sceptical that it really works or wonder if it is just a gimmick. Further, we might tend to believe that if someone is a servant leader he or she is likely a people-person or even a people pleaser, the kind of person that can be taken advantage of by employees.

In an initial study among people from a variety of organisations, we compared servant leadership to a form of directive leadership, the latter type not being harsh or insensitive but instead being primarily focused on providing information, direction, and feedback regarding what employees should and should not be doing. Alternatively, servant leadership as we measured it was primarily related to being other-centred, inclusive, and concerned about the growth of employees and the interests of the community. The results were promising; servant leaders were more likely to develop a mindset in employees that led to creativity and collaboration, whereas the directive leader was more likely to develop a mindset in employees of complying with rules and performing the job as specified. Instead of taking advantage of the servant leader and slacking off, employees of a servant leader tended to exert extra effort in their jobs to improve their work and help one another.

The initial findings were intriguing but seemed to leave open the door to the possibility that in work environments led by servant leaders, real work may not get done. In a follow-up study in a large retail chain, we found the opposite to be true. The other-oriented behaviour of a servant leader ended up contributing to a work environment of service to others that led to more engagement and sales behaviour and decreased thoughts of leaving the organisation, which is a significant challenge in retail. We also learned a bit more about the typical servant leader. Contrary to popular opinion the servant leader was more likely, but of course not exclusively, to be the thoughtful introvert instead of the gregarious extravert. In other words, the servant leader was a sometimes quiet, often humble, and consistently considerate leader.

Our most recent study extended the findings from these initial studies to a large, multi-hospital healthcare system. Healthcare is a unique context because it is likely to attract leaders and employees with a concern for people but it also requires clear and exacting standards and practices to meet regulatory requirements and ensure patient health and safety. In this context, servant leadership encouraged creativity, not of the kind that would be reckless disregard for policy but of the kind that finds solutions to novel problems not spelled out in a policy. Servant leadership also contributed to a work environment in which nurses were more satisfied with their shifts, which in turn was related to patients who felt well-treated by nurses, were more satisfied with their pain management, and would be willing to recommend the hospital to others.

When we considered how the level of structure in the unit, as measured by the existence of formal controls and procedures, influenced employee creativity, we found that, overall, nurses were less creative in highly structured environments but that the presence of servant leaders did encourage more creativity. In a twist from our expectations, nurses were most satisfied with their shift when working in a highly structured environment with a servant leader. Instead of servant leaders being restricted by structure, it seems to have enabled them to focus on other needs of employees. For employees, structure seemed to save them from expending energy wondering or worrying about how to do their work and, instead, it allowed them to heed the example of their leader and look for ways to enhance their service to others. So for leaders working in more structured environments, servant leadership can be a welcome complement to formal procedures.

There are additional questions that need answering about servant leadership but a consistent pattern emerged from our research. Employees don’t typically take advantage of the servant leader and disengage from their work, on the contrary. Employees who see and experience the other-centred and humble service of servant leaders respond in kind, helping others and engaging to make the workplace better for everyone. The best servant leaders aren’t passive nor are they people pleasers who let employees mount a mutiny that steers a course of compliancy. Instead, servant leaders work diligently, with a gentle but determined hand, to steer a course that benefits their employees and demonstrates concern for the needs of those their organisation serves and impacts.

Mitchell Neubert is a Professor of Management and the Chavanne Chair of Christian Ethics in Business at Baylor University, Texas. His purpose in his teaching is to equip students to act virtuously and make a positive difference in their organisations and society. He teaches a Principled Leadership course for undergraduate students, a Leading with Integrity course in Baylor’s Executive MBA program, and an Ethical Leadership course in Baylor’s on-line MBA program. He was awarded the 2013 Hankamer School of Business Teaching Excellence Award and was the 2016 recipient of the Hankamer School of Business Distinguished Professor Award recognizing academic excellence and service. He has co-authored two textbooks and published in numerous academic journals.