Globalisation won’t do away with variations in capitalism

Globalisation won’t do away with variations in capitalism 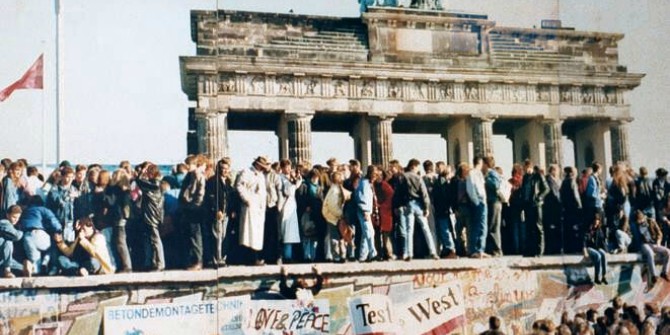 The Cold War from 1948 to 1991 polarised opinion between advocates of capitalism and supporters of Soviet-style socialism. But after the fall of the Berlin Wall the conversation became more variegated. There was a remarkable growth in the literature on ‘varieties of capitalism’ including works by Michel Albert (1993), Colin Crouch and Wolfgang Streeck (1997), Bruno Amable (2000), Masahiko Aoki (2001), Peter Hall and David Soskice (2001) and many others.

Driven both by empirical observation of manifest diversity of national capitalist systems, and by theoretical discourses on institutional complementarities and path dependence, this literature counters the traditional Marxist and market-fundamentalist notions that only one type of capitalism (or one developmental track for capitalism) is feasible, normal or desirable. It upholds that different capitalisms are not destined to gravitate towards one characteristic type: permanent divergence is possible.

‘Natural state’ thinking and its critics

Much of this literature is commendably empirical. It challenges the idea that entities or systems have a ‘natural state’. In the ‘natural state’ view, variety and divergence are possible, but they are always seen as disturbances from a single, typical state or trend. The philosopher Elliott Sober (1980) explained that ‘natural state’ thinking goes back to Aristotle, who thought that every type of entity had a natural state, and deviations from this state were due to temporary, interfering forces. By contrast, Charles Darwin saw variance as vital for the survival and adaptation of a species, providing it with evolutionary fuel.

This philosophical argument is very helpful because it reveals a covert issue lying beneath the burgeoning literature on varieties of capitalism. ‘Natural state’ thinking pervades both Marxism and many advocates of a market economy. For example, Francis Fukuyama (1992) famously declared that Western liberal-democratic capitalism was the end-state of historical evolution for all politico-economic systems. Fukuyama has since modified his position, but it is easy to find other examples of the idea that capitalism has a natural state toward which it gravitates. Often this natural state is deemed to be a Western-style capitalist economy.

Karl Marx adopted a version of Aristotle’s natural state model. Marx (1976, p. 90) declared in his Preface to the first edition of Capital of 1867 that he was following physicists by studying the capitalist mode of production in its ‘most typical form … least affected by disturbing influences’ and hence closest to its ‘pure state.’ He declared that England was then the ‘locus classicus’ for capitalism, and that Germany among others would follow down the same road.

Marx promoted a modified natural state model, where the natural state of the entity is not a single outcome, but a single path of development. Variation from this path would be limited and due to a ‘disturbing influence,’ rather than the forking of the road ahead. Apart from these disturbances, every country was regarded as more-or-less impelled to follow through the same stages and down the same path.

How the literature on varieties of capitalism challenges ‘natural state’ thinking

The post-1990 literature on varieties of capitalism challenged both traditional Marxist and pro-capitalist natural-state doctrines. Instead of the idea that all capitalisms would gravitate towards the same track and destination, this literature explained enduring differences between capitalisms. These included the influences of different cultures, path dependence, and institutional complementarities. The varieties-of-capitalism approach was an implicit revolt against the natural state model (Hodgson 2015, 2016).

This burgeoning literature on varieties of capitalism encompassed a number of different approaches. A number of studies point to possible complementarities between the interacting institutions of industry and finance in any given capitalist system. Masahiko Aoki (2001), for example, argued that the Japanese ‘main bank system’ of finance complements particular modes of management in industry, and team-based work incentives. Trying to adjust one set of institutions in this configuration, without addressing the others, can reduce the overall effectiveness of the arrangement. Trying to change all these institutions at once is ostensibly impossible. Hence Japanese capitalism represents a distinct path of development, without strong gravitational tendencies toward (say) Western capitalism. All this signals a departure from the natural state model.

Some convergence is happening – but how much?

But while this philosophical perspective rids us of the idea of necessary convergence, it does not imply that convergence cannot happen. Indeed, several writers have claimed that the crises of the early twenty-first century have led to the widespread use of austerity policies and to the global imposition of market-oriented policy solutions. Consequently, divergent capitalisms are being forced to comply with a dominant model.

Without doubt, in some respects, there is some global convergence going on. But we need to examine empirically its extent and speed. In my book Conceptualizing Capitalism I offer some preliminary evidence on this, showing, for example, that levels of inequality in income and wealth are widely divergent among developed countries.

Furthermore, even if capitalism were moving toward an integrated global system, this still would not imply that all national capitalisms were the same. There would be a global division of labour. If, say, China took over much of the world’s manufacturing and the UK specialise in financial services, then Chinese and UK capitalism would still be significantly different, even ignoring their hugely different historical legacies.

As long as capitalism exists, like all species it will exhibit a variety of forms.

Geoffrey M. Hodgson is a Research Professor of Business Studies in the University of Hertfordshire, and also editor of the Journal of Institutional Economics. He is one of the leading figures of modern critical institutionalism which carries forth the critical spirit and intellectual tradition of the founders of institutional economics. His broad research interests span from evolutionary economics and history of economic thought to Marxism and theoretical biology. He has written a number of books, including Conceptualizing Capitalism, and published widely in academic journals. For his personal website, click here.