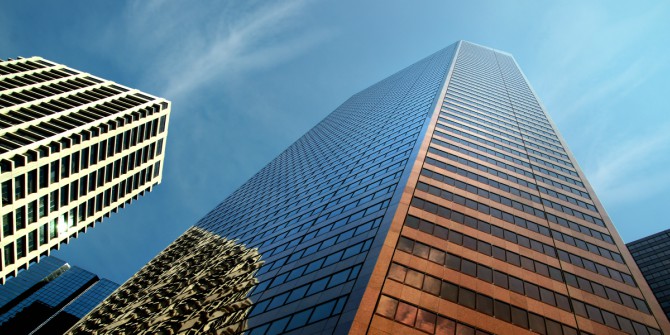 The context of risk management and risk preparedness has changed in recent years.

We are living through a period of multi-dimensional disruption that is often dubbed as the fourth industrial revolution. Developments in extreme connectivity and extreme automation have consequences beyond the world of technology: business models, industries, markets, regulatory, and governance regimes have been thrown into a flux. New dimensions such as cyber-risk have entered the fray.

It is increasingly difficult to differentiate between structural change and cyclical change. What used to be considered as structural and institutional constants – the concept of a non-negative risk-free rate for example – have turned into variables. It is harder to differentiate risk from uncertainty. Are we wasting time trying to estimate ‘standard deviation’ when the underlying distribution may be far from normal and bear no resemblance to its own historical series?

We are also living through a period of rapid feedback loops which can make risk factors combine and compound in intricate ways. In several arenas, risk has become endogenous (having an internal cause or origin) – i.e. dependent on seemingly risk-mitigating action – resulting in a potentially wide divergence between perceived risk and actual risk.

We see this in the build-up of loss-absorbing bank capital (loss absorbing capacity is the ability to suffer losses without falling below regulatory minima of capital) on the one hand, and a system-wide reduction in trading liquidity on the other. We see increased usage of unconventional prudential policy at a macro level and more granular micro-prudential regulation of investment banks at a ‘book level’ – not always in a mutually consistent manner.

For example, the imposition and withdrawal of a cap on the Swiss Franc (which had the effect of dampening local risk and heightening tail risk) had a direct bearing on subsequent value-at-risk calculations and trading risk capital. The ‘taper tantrum’ of May 2013 or the Chinese stock market volatility of August 2015 were arguably policy-induced sources of macro risk with consequences for micro risk.

We are also witnessing a slowdown if not a reversal of the kind of global co-ordination that was a key risk-diminishing factor in the immediate aftermath of the global financial crisis. Global financial standards are being rolled out in fits and starts, the pace of implementation is uneven, national regulators rightly impose entity-level constraints and administrative macro-prudential measures (including capital controls if required) are now an acceptable part of the central bank’s repertoire. This, together with geo-political flashpoints and a weaker backdrop for international conflict resolution adds considerably to the base level of risk in the system.

There is now a clear realization that risk management is much more than tools and metrics: it is about people, conduct, processes, and culture. While modelling and continuous refinement of risk models will remain key to decision-making, it is important to underline that models will not replace the role of decision-takers. Judgement calls need to be made and trade-offs need to be assessed. To that extent, risk resilience is enhanced through the deliberate design of decision-making processes. How do risk committees function within banks? How much constructive challenge is entertained? How do they ensure that a diversity of perspectives is considered?

Pulling it all together, it is clear that the range of outcomes that a risk manager is confronted with is significantly wider today than it has been in several years. What should she do? The first-order response is to allow for agility and to be prepared to change course repeatedly if required. However, to be prepared for multiple possibilities, one needs to carry multiple capabilities many of which will prove redundant with hindsight.

Optionality comes with its cost of carry and there is an inverse relationship between ex ante efficiency and risk resilience. So the second-order response is to acknowledge that trade-off, communicate it, and implement decision processes that allow for explicit, robust, and documented evaluation of costs versus benefit.