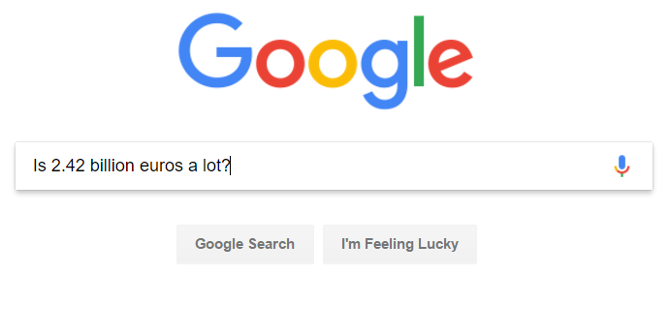 After years of investigation, the first of the European Commission’s decisions against Google is here. Obviously, most of the coverage in the mass media and online will focus on the high sum of the fine (a staggering 2.42 billion euros). However, the wider implications of the case reach well beyond the monetary fine. It affects what technology giants are allowed to do and what EU competition law means by competition.

I shall start by making clear that the following are just some initial reactions based on the press release and fact sheet. At the time of writing this, the decision (which will surely take several hours to read) is not yet available. But that does not prevent me from emphasising several aspects to try to inform the noise that will follow in the coming days.

First, let us summarise the case briefly. Following a number of complaints, the European Commission has been looking into several practices by Google under Article 102 of the Treaty of the Functioning of the European Union, which is the provision that prohibits dominant companies from abusing their position. The first of the practices that the Commission has been looking at is the one that gives rise to this decision. Namely, the Commission has been investigating whether the way that Google places Google Shopping results at the top of its general search tab is an abuse of its dominant position.

Figure 1. Example of Google shopping results at the top of a general search 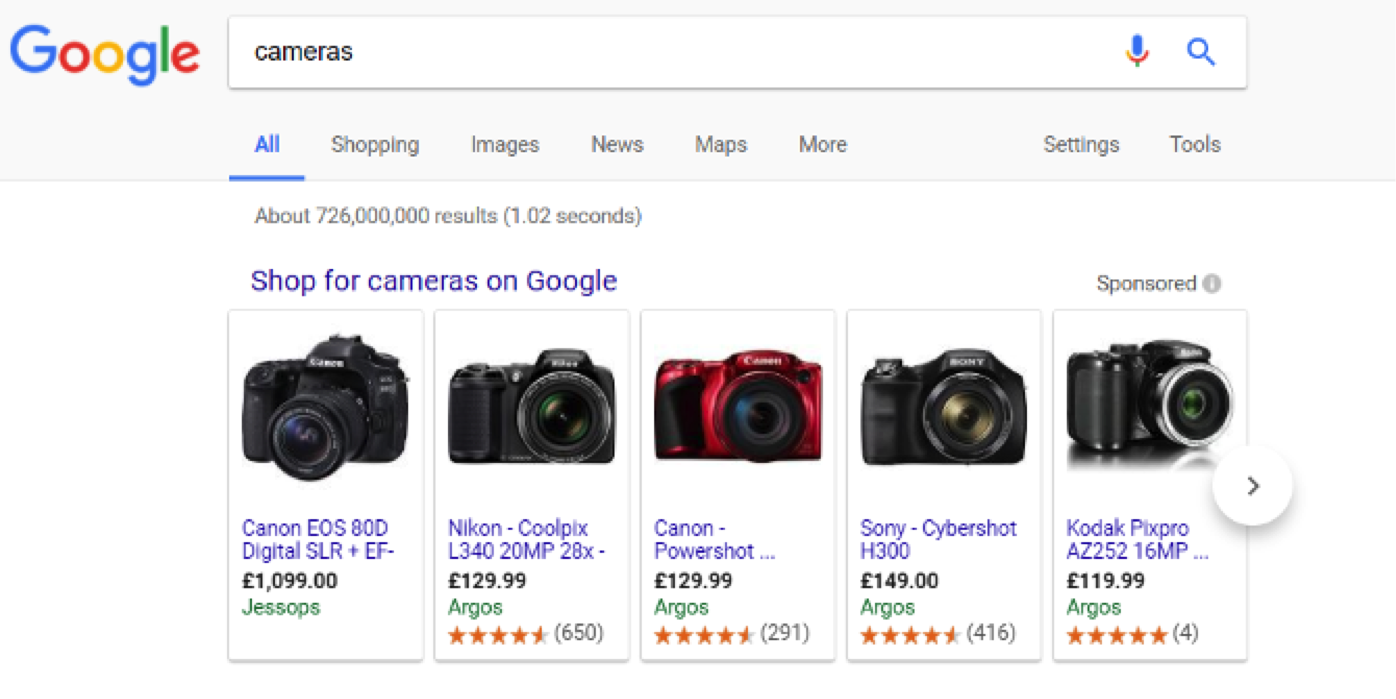 Note: Google and the Google logo are registered trademarks of Google Inc., used with permission.

For those reasons, the Commission has imposed the aforementioned fine, and has ordered Google to stop this abuse within 3 months. How Google is meant to do that appears to be left up to them. It is interesting to note that, even though the Commission has the ability to impose behavioural remedies, it has left the solution of how to comply with competition law to Google itself. It could be argued that this is not the best approach, as Google has already been trying to offer commitments in the past (i.e. Google has suggested ways in which it would change its practices to appease the Commission’s concerns of abuse), and none of those offers have been to the satisfaction of the Commission. Therefore, one could question whether Google is going to come up with something satisfactory in the next few weeks. The most likely result, in my opinion, is that it will come up with an appeal to the General Court.

The General Court would then be faced with solving another major case with deep consequences for the meaning of competition law and technology companies. Such a case, if brought, is likely to linger for quite a while and provide work for lawyers and legal commentators for years to come. First, the court would have to keep in mind that whatever decision they came to would affect not only how Google behaves towards Google Shopping, but any of its other services (e.g. Google Maps).

Moreover, the court would probably bear in mind that this is one of the decisions that would affect what ‘abuse’ means, and, by implication, what ‘competition’ means for Europe. This means that such a judgment would be analysed to see who it is trying to protect, whether Google’s rivals or the final consumer. Bearing in mind that the US authorities closed a similar case in 2013 concluding that Google was ‘improving the quality of its search results’ and thus it ‘benefited [the] consumer’, the Commission’s decision, if upheld by the courts, would suggest that the Atlantic ocean of competition has just got a tad bigger.

In conclusion, the headline of the size of the fine is only the tip of the iceberg. This decision is highly relevant for the field of competition law as it has far-reaching implications for the behaviour of Google-like companies, and it is only the first of several Commission decisions that are due on Google. There is a lot to be read and written on this. This post has given some initial reactions, but there will be much more to say on this in the days, months and years to come.

Carlos Arrebola is a research student at the University of Cambridge focusing on the European Union and Competition law. Prior to that, he studied Law and Economics at Universidad Carlos III de Madrid. He is also Research and Blog Impact Officer for the Impact of LSE Blogs project, in which he has been exploring the impact that LSE Blogs have on the academic community. He is on Twitter @carrebola