A loophole in bankers’ bonus cap

Many top bankers bypass the EU regulation on bonus cap. Most of them are located in London, writes Angelo Baglioni

A loophole in bankers’ bonus cap 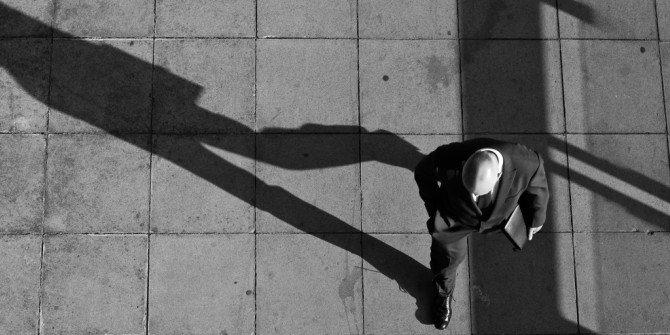 Sometimes we ask ourselves: after the damages caused by the financial crisis, what has been done to limit the misbehaviour of those who run the banks? The answer is that a huge number of regulations has been introduced, but often they are bypassed. An example for all: the loophole in bankers’ bonus cap.

A loophole in the bonus cap

Let’s take a step back. In the years that preceded the outbreak of the financial crisis, the use of incentives for bank managers was widespread, such as: cash bonuses if some targets were achieved, company shares and stock-options. One of the main disadvantages of these tools is that they encourage risk taking, because they reward managers if they get high results but do not penalise them if they create disaster.

For such reason, a European regulation (included in the Capital Requirements Directives – CRD IV) was introduced in 2013, which states that the variable component of the compensation may not exceed 100 per cent of the fixed component. Only if the shareholders’ meeting gives its approval (by a qualified majority) this limit can be increased to up to 200 per cent of the fixed component. However, this rule has a flaw. It only applies to people who are identified as “relevant”: those who can have a significant impact on the risks that a bank can take. But who decides who the relevant people are? The bank itself, albeit according to predetermined criteria (EU Regulation 604/2014).

The results of this regulation have been highlighted in a report by the European Banking Authority (EBA) on “high earners”, defined as those financial sector employees earning at least one million euros a year. The report shows that 14 per cent of these people are not classified as relevant, therefore they are exempted from the limit to the variable component of the remuneration. Notice that among the high earners sitting in the board of directors, one out of ten are classified as not relevant, whereas the EBA itself states that it would be reasonable to expect that they were all considered relevant (page 7 of the report).

The most striking evidence is that there is a whole area of the ​​banking business that seems to be massively escaping the limit, namely asset management. In this business line, the ratio between the variable and the fixed portions of compensation packages, for those earning at least one million, is 468 per cent on average. This is because more than a third (36 per cent) of these people are not considered relevant to the bank’s risk profile (in addition to enjoying specific exemptions in some countries).

Is this wide exemption area reasonable? The answer may be positive from the banks’ point of view: whoever works in asset management deals with assets that are separate from a bank’s balance sheet, so it does not put the equity capital of the bank itself at risk (although it can cause severe damages related to the risk conduct). However, those who run the asset management area put investors’ money at risk. But this does not seem to interest those who set the remuneration of bank managers, that is to banks themselves, with the approval of the supervisory authorities.

Notice that according to the EU Regulation those who receive a compensation of more than €1 million should always be considered relevant to the banks’ risk profile, except in rare cases approved by the competent authorities, upon notification to EBA. But the EBA itself complains in its report that this constraint is largely bypassed (p.10). And so, asset managers continue to earn generous bonuses when they get good results without suffering any consequences in the opposite case.

Brexit and the millionaires

Let me conclude with some data quite relevant for Brexit. Out of 5,142 high earners in the European financial sector, 4,133 (over 80 per cent) live in the United Kingdom. What are they going to do with Brexit? Much will depend on the outcome of the negotiations under way. In particular, a crucial event might be the loss of the “European passport”, which still allows financial institutions based in London to operate across Europe.

EU policy-makers have already sent some aggressive messages, saying that banks located in the UK will not be allowed to enjoy the EU passport just by opening some light branches in continental Europe and keeping the bulk of their business in London. Therefore, to keep their passport, several international banks could be induced to transfer a substantial part of their business from the UK to other European countries. And with them, some millionaires could be forced to leave the City, despite the fact that the bonus cap, due to a EU regulation, will no longer apply in the UK.

Angelo Baglioni is Professor of Economics at Università Cattolica del Sacro Cuore in Milan. In the past (1988-1997), he was an economist in the Research Department of BCI (now Banca Intesa Sanpaolo). His main research interests are in the fields of financial intermediation, central banking, and corporate governance. Recent topics include: liquidity crisis, bank leverage and pro-cyclicality, sovereign debt crisis in Europe.