Millennials may be missing out on acquiring important skills, writes Ken Fireman 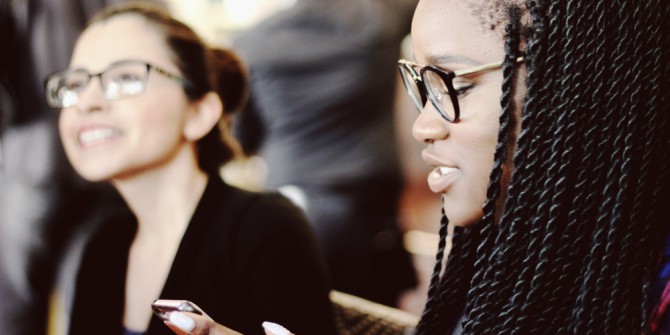 The trend has a catchy name, melding the vibe of edgy jazz clubs with the tech savvy of the smartphone era: the gig economy. And it’s catching on, especially among Millennials; a Brookings study found that the number of Americans, many of them young, employed as freelancers, contract workers and in other nontraditional work jumped 60 per cent between 1997 and 2014.

The rise of these young gig workers is reshaping the American workplace by altering the expectations people have about their work, the ways they communicate with each other on the job and the competencies they develop there, wrote SAGE Business Researcher freelance correspondent Damon Brown in his recent report, The Gig Economy.

It’s a phenomenon born partly of choice, as Millennials take advantage of the new opportunities created by social media technology and the advent of the sharing economy, Brown wrote. It’s also a result of the backwash from the Great Recession and an economy that is providing younger people with more limited opportunities for traditional employment.

“The Millennial struggle is definitely unique to our economy,” Katasha Kay, a self-described “recovering broke Millennial” and creator of the financial website Broke Girl Rehab, told Brown. “When my mother was my age, she was able to walk into an office – with no degree and no experience – and land a middle-class job as an IT professional. That’s impossible now.”

The fallout from these developments is reflected in the findings of a survey conducted earlier this year by the Deloitte consulting firm. It found that nearly one-third of Millennials worldwide prefer freelance work to full-time employment, and that the number of Millennials who expect to leave their current jobs within two years exceeded those who plan to stay for at least five years.

Not coincidentally, the gig economy took off at the same time that the internet was creating new ways to generate revenue and expanding freelance job opportunities, Brown wrote. Once-costly websites could now be launched for free, Web domains bought for under $10 and social media profiles set up as virtual storefronts within minutes. And the smartphone, introduced by Apple in 2007, has enabled the creation of businesses such as Uber and Airbnb that don’t rely on traditional employees or modes of communication.

The iPhone and its imitators have also changed the way people interact – and created a generational communications gap in the workplace between Millennials raised on e-conversations and older employers accustomed to face-to-face or telephone talks. This gap is important because it may be shortchanging Millennials by leaving them wanting in some important communications skills, Jodi Raymond, the founder of a Michigan-based human resources firm, People Matters, told Business Researcher.

“Building and maintaining effective relationships over time is an essential part of day-to-day life in the corporate world,” said Raymond, speaking about where she believes gig-economy Millennials may need to improve their skills. “Welcoming and acclimating new team members, listening deeply, sharing ideas without alienating teammates, working with challenging personalities, valuing and bringing together diverse perspectives, managing conflict and handling criticism are all aspects of being part of a team.”

Another valuable skill, Raymond said, is “the ability to quickly understand a corporate culture and the ability to effectively operate within it. It includes identifying and interpreting formal and informal structures, building allies and relationships across departments, and behaving professionally. Being in an organization grows patience for bureaucracy and knowing how to still make an impact while staying within the written and unwritten boundaries.”

Kay says that having – or lacking – such skills can really matter. “I’ve noticed that for people who don’t have experience working in an office, they operate at a level that’s cute when you’re just a solopreneur,” she told Brown. “But when you’re managing a team and landing $100,000 contracts, that lack of professionalism makes everything fall apart fast.”