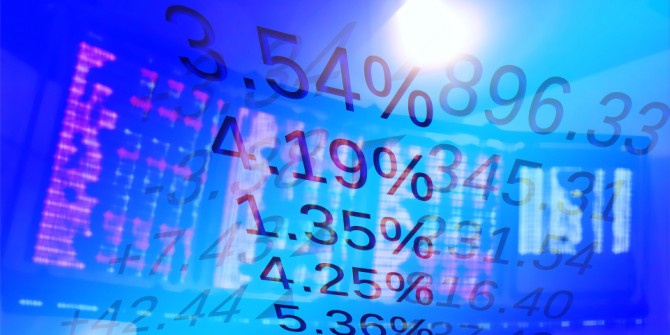 Speaking in January 2014, Michel Barnier (then the European Commissioner for Internal Market and Services and now the Commission’s chief negotiator with the UK over Brexit) justified new rules on securities exchange, which will come into full force in January 2018, in the following way:

‘The MiFID II reform means that organised trading of financial instruments must shift to multilateral and well-regulated trading platforms. Strict transparency rules will ensure that dark trading of shares and other equity instruments which undermine efficient and fair price formation will no longer be allowed.’

Barnier’s statement reflects the belief that centralised, transparent markets provide better price discovery than ‘over-the-counter’ markets, where negotiation and trade can be kept private (‘dark’) to the parties involved for a long time. But is this belief correct? Would information percolate less effectively in a decentralised market than in a centralised one?

Financial economists such as Darrell Duffie (Stanford University), Semyon Malamud (EPFL) and Gustavo Manso (UC Berkeley) have developed a theory that predicts no difference. But this, too, is theory, and just because one can find an argument to support a view does not make it true. One can only tell by testing the theory.

Our recent article published provides clarification. In a series of controlled experiments, we set out to test the theory that opaque markets make price formation less efficient. We discovered that, contrary to Barnier’s belief, decentralised trading does not seem to stand in the way of information aggregation.

We distributed private signals about the true value of the traded asset and observed that these signals became rapidly reflected in traded prices. More precisely, while trades did not necessarily take place at the correct price, those transaction prices stayed within narrow bounds of the correct price, implying that everyone was trading fairly.

While there necessarily was more price volatility than in a centralized market, the average transaction price correctly reflected value. In finance parlance, the market quickly became “informationally efficient.” Market participants may not have been aware of how effective information was being aggregated, which explains why prices remained volatile throughout trading.

The study also points to the link (or the lack thereof) between the above-mentioned informational efficiency and the allocative efficiency of markets. Finance scholars focus on the former because prices are used as signals to aid managers in capital budgeting. Economists, on the other hand, are primarily interested in allocative efficiency, which concerns the extent to which the possible gains from trade are exhausted. The realized gains from trade in the experimental dark markets range from 0 to 49 per cent. Significantly, there appears to be no particular relationship between informational and allocative efficiency.

In contrast, the same experiment conducted over centralized markets generates higher informational efficiency, but the gains from trade range from negative values (meaning that inefficient trades were conducted) to a high of only 30 per cent.

How can one explain the differences in the two market institutions in the gains from trades dimension? Our conjecture is that the prices in centralized markets serve as “public signals” about values, and thus induce the well-known ‘Hirshleifer effect’ (Hirshleifer, 1971) whereby in complete markets with initially uninformed traders, the receipt of a public signal prior to trading impairs risk-sharing and therefore reduces welfare (in comparison to the ‘no public signal’ case).

The findings do not mean that decentralized markets work in all settings. In the experiment, the design followed closely that of the theory of Duffie and co-authors. Crucially, traders knew whether the counterparty was interested in buying or in selling. That is, the intentions of the parties (to buy or to sell) were known. The design resembles that of an over-the-counter market such as the FX (foreign exchange) markets, where participants generally know net desired positions of the main market makers, but not resale values.

Our findings demonstrate a more general point, which is the need for rigorous testing of economists’ claims in a controlled setting before policies are enacted. While this is established practice in fields such as aviation and pharmacology, laboratory testing of the kind that we present in our article is yet to be introduced in finance. Without controlled experimentation, Barnier’s points of view, and those of dissenting economists, are mere imaginary conjecture.

Elena Asparouhova is a Professor of Finance at the University of Utah David Eccles School of Business). She received her doctorate degree in Social Sciences from the California Institute of Technology and her Masters in Statistics from Sofia University, Bulgaria. Prof. Asparouhova’s research interests are in the area of theoretical and experimental financial economics. They include but are not confined to: the theory of asset pricing, experimental finance, general equilibrium theory, and econometrics. Her recent work has been centered on the effects of competition in financial markets under delegation and under asymmetric information, information percolation in dark markets, the role of perfect forecast in multi period markets, and market equilibration. She is also involved in experimental research on the interaction of humans and robots in financial markets. She is interested in using experimentation to test the theoretical predictions of standard models as well as to discover robust phenomena on which to build new theory where those models’ predictions are known to be indeterminate. Her papers have received best paper awards at the Journal of Financial Markets and the Review of Finance. Her experimental research “Lucas in the Laboratory” was awarded the best paper at the Behavioural Finance and Capital Markets Conference in Australia, and her new working paper, co-authored with Peter Bossaerts and Wenhao Yang on costly information acquisition in dark markets received best paper award at the Financial Management Association’s 2017 meetings.

Peter Bossaerts is Redmond Barry Distinguished Professor and Professor of Experimental Finance and Decision Neuroscience at The University of Melbourne, and Honorary Professorial Fellow at The Florey Institute of Neuroscience and Mental Health. He pioneered the use of controlled experimentation (with human participants) in the study of financial markets, and helped bring decision theory and game theory to cognitive neuroscience. His work deals with decision making under uncertainty when uncertainty emerges because of risk or complexity. He graduated with a PhD from UCLA, and spent most of his career at the California Institute of Techology (Caltech). He also worked at Carnegie Mellon University, EPFL (Ecole Polytechnique Fédérale Lausanne, Switzerland), the University of Utah, and Yale University, among others. He is Fellow of the Econometric Society, the Academy of the Social Sciences in Australia, and the Society for The Advancement of Economic Theory.