Flexible working is slowly going mainstream, and it isn’t just for mums

It’s also for senior people, those on the way up, people with children and those with other passions or needs, write Emma Stewart and Karen Mattison

Flexible working is slowly going mainstream, and it isn’t just for mums 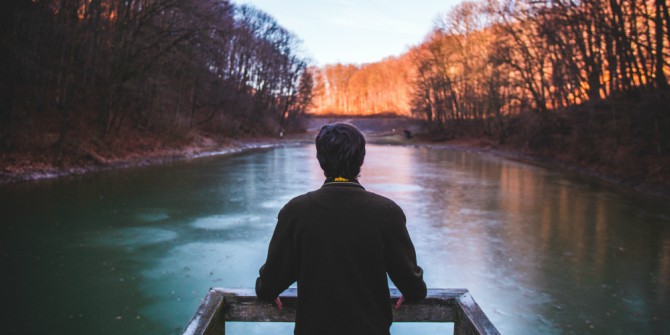 It’s only five years since we launched the first Timewise Power List; but a great deal has changed since then. At the time, the business conversation around part-time and flexible working was in its infancy. There was a prevailing view that working part-time wasn’t an option for senior employees, and that really it was just a perk for parents (or more specifically, mothers).

But we were sure that this wasn’t the case. Anecdotally, we knew that there were high-level people who were working part-time; but no one was talking about it, and we wanted to know why. So we carried out some research and discovered that senior part-timers were actively hiding their flexibility. 41 per cent said they would never use the words ‘part-time’ because they would be negatively stereotyped, and 14 per cent let colleagues assume they worked full-time hours.

2012: shining a light on senior part-timers

We knew it was important to challenge these assumptions; and so, in 2012, the Timewise Power List was born. It set out to celebrate the people who were working part-time at a senior level and tell their stories, proving that it was possible.

Since then, we’ve highlighted a total of 250 incredible senior individuals, and inspired others to view part-time work as an option, both for themselves and their teams. In fact, the conversation has now changed so much that, instead of saying “Senior people can’t work part-time”, people are now more likely to say “It’s OK for senior people; they have the power to work part-time. What about the rest of us?”

We know from our recent research that ‘the rest of us’ value flexibility really highly: 87 per cent of full-time employees either work flexibly already or wish they could, with the numbers similar for men (84 per cent) and women (91 per cent) and across the generations. And as the previous Power Lists have shown, a range of routes to flexible working are evolving over time.

All of which is why, with this year’s Timewise Power 50, we decided to tell a range of stories about how people are making flexible working work. Our winners are therefore spread across five core categories: Power Part-Timers; Power Job Sharers; Power Returners; Power Climbers and Power Founders.

We were delighted with the calibre of entrants, and it wasn’t easy for our expert panel to narrow the list down to our winning 50. But the final list certainly proves just how much wider the opportunities in the flexible world have become since 2012.

Take our Power Founders, for example; five brilliant individuals who have set up their own successful businesses, such as Denise Nurse, Chief Executive of law firm Halebury and Choc On Choc boss Flo Broughton. Our winners have shown that it’s possible to carve out flexibility by going it alone, and are empowering their employees to work flexibly too.

Then there are our Power Returners, who are showing that taking time out doesn’t have to limit career progression. For example, Sarah Bearpark’s five-and-a-half year break didn’t stop her becoming Principal Environmental Consultant for engineering firm Mott MacDonald. And similarly Robert Carmichael is now a Relationship Director at Lloyds Banking Group, following a three-year break.

Our Power Job Sharers cross a range of sectors and even national borders. Liz Robinson and Nicola Noble are flying the flag for flex in the education sector, sharing the role of Headteacher at Surrey Square Primary School. And Linda Carpenter and Christian Willms are really pushing the boundaries at Ford, sharing their Director role despite being based in two different countries.

Then there are those who are on their way up, and doing so flexibly. Our Power Climbers include BT’s Catherine Dafydd, who started working part-time after an accident in 2013, and Cabinet Office employee Robyn O’Connor, who works part-time to care for a family member. Both have been promoted while working part-time.

And it’s also becoming clear how many people are choosing to work flexibly to create time for other interests and passions. Our Power Part-Timers include EY’s Riaz Shah, who negotiated a 50 per cent contract so he could found a school for disadvantaged children in north London. Another example is Laura Farnsworth from Lewis Silkin, who has developed a babysitting app as well as spending time with her children when she isn’t at work.

Today’s stories show that flexible working is for everyone

These are just some of the terrific people we’re celebrating with this year’s Timewise Power 50. But one thing is clear: in 2018, flexible working doesn’t just mean part-time and isn’t just for mums. It’s for senior people and those on the way up; it’s for people with children and those with other passions or needs; and it’s achievable in more ways than ever before.

So while we still have a way to go until the supply of flexible jobs outstrips the demand, things are changing. The flexible working environment looks pretty different compared to 2012; we can’t wait to see what the next five years will bring.

Emma Stewart is co-founder and Joint CEO of Timewise

Karen Mattison is co-founder and Joint CEO of Timewise.