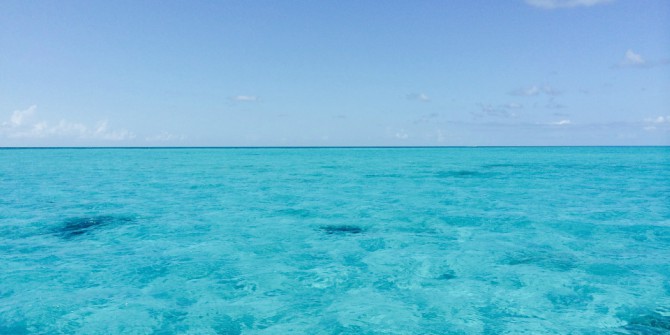 Apple CEO Tim Cook took great umbrage when a U.S. senator chided him in 2013 for seeking “the holy grail of tax avoidance” by shifting profits to Irish shell subsidiaries. “We pay all the taxes we owe – every single dollar,” Cook retorted. “We don’t stash money on some Caribbean island.”

True enough. The island where the tech giant parked its offshore profits the following year, when Ireland clamped down on the subsidiaries, was in a different body of water: the English Channel. The island of Jersey, it turns out, has no corporate profits tax at all.

Apple’s manoeuvres were typical of a practice favoured by a long list of multinational corporations and super-rich individuals, writes SAGE Business Researcher freelance correspondent Alison Vekshin in her report, Tax Havens. For years, they have moved profits around the world to take advantage of such havens, which offer low rates, loopholes, anonymity and lax residency rules. The use of such vehicles has cost the U.S. Treasury $100 billion annually, according to an estimate by Reed College economist Kimberly Clausing. About 20 per cent of all U.S. corporate profits are booked in tax havens, according to Gabriel Zucman, an economist at the University of California, Berkeley

Apple announced in January that it would bring home about $38 billion to take advantage of the new U.S. tax law, which cuts the corporate tax rate from 35 per cent to 21 per cent and allows companies a one-time repatriation of profits at even lower rates: 8 per cent on illiquid, or hard-to-sell, assets and 15.5 per cent on cash and cash equivalents.

But there is no indication that the tax law, or anything else, will significantly curb the prevalence of shifting profits to tax havens, Vekshin writes. Neither U.S. nor global enforcers are fully equipped to tackle the practice, which is enabled by a phalanx of attorneys and accountants. Discrete reform efforts create a whack-a-mole system in which one country’s restrictions become another’s opportunity to attract wealth. And U.S. tax laws don’t fully reflect the realities of a globalised, digital economy in which companies increasingly deal in intangible assets that are highly portable.

“The main obstacle to current enforcement is that multinational companies spend billions in designing their tax avoidance strategies, while tax authorities have very limited resources – and sometimes shrinking resources, as in the U.S. – to challenge them,” Zucman told SAGE Business Researcher. He suggests reducing tax avoidance by allocating corporate global profits proportionally according to where companies make their sales. “While Apple can send its profits to Bermuda, it cannot send its customers to Bermuda,” Zucman says.

The new U.S. tax law, in addition to allowing the one-time repatriation, requires companies to pay an annual minimum tax on profits generated by intangible assets such as copyrights, trademarks and patents from subsidiaries in low-tax countries. It also places some limits on corporate “inversions,” in which a U.S. multinational merges with a foreign company in a low-tax country and moves its headquarters there, reducing its tax bill, Vekshin writes.

The use of overseas tax shelters does have its defenders, such as Chris Edwards, director of tax policy studies at Washington’s Cato Institute, which favours limited government and free markets. For example, tax havens provide a way for residents of countries governed by oppressive or corrupt regimes to avoid expropriation, Edwards told Vekshin.

And then there is Bono, the Irish rocker who has become an international icon by promoting social causes ranging from African debt relief to anti-poverty campaigns and corporate social responsibility. He and his band, U2, caught considerable flak in 2006 when they moved part of their business to the Netherlands, one of the world’s most popular tax havens, to avoid some new taxes in their home country.

In media interviews responding to the criticism, Bono was unapologetic – and called his Irish critics hypocrites for ignoring the fact that Ireland itself had used low taxes to draw foreign companies to its shores.

“I can understand how people outside the country wouldn’t understand how Ireland got to its prosperity but everybody in Ireland knows that there are some very clever people in the Government and in the Revenue who created a financial architecture that prospered the entire nation,” he told the Irish Times. “It was a way of attracting people to this country who wouldn’t normally do business here. And the financial services brought billions of dollars every year directly to the exchequer.”