British industry is likely to end up in a weaker position, writes Monica Horten 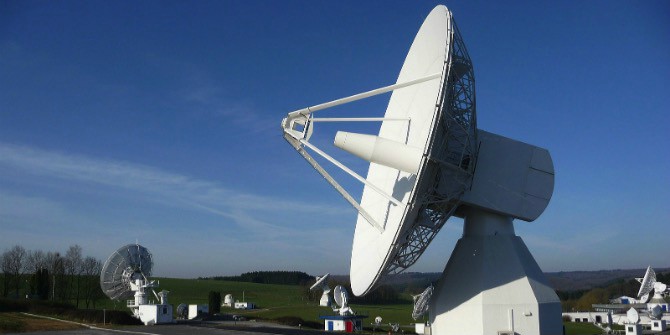 One of the first tangible effects of leaving the European Union is that Britain will need a new, bi-lateral treaty on satellite navigation systems as well as a security treaty with the European Union,  in order to retain its place in the prestigious Galileo satellite programme after March 2019. Even then, Britain may end up with only observer status, and limited benefits, depending on how the agreements are established, and there is likely to be a gap in time before such an agreement could be concluded. This is a consequence of Britain’s exit from the EU on a sector that is vital to both innovation and security.

Galileo will be a constellation of 24 satellites and 6 spares. When completed in 2020, it will provide an alternative navigation system to GPS. It will come with a higher specification that will feed into innovative new technologies, including autonomous cars. Its strategic importance relates to an encrypted system known as the Public Regulated Service (PRS)  which provides secure signals that cannot be jammed. The PRS is intended for military and law enforcement users, including customs and border forces, as well as the emergency services, and search and rescue.

Britain has contributed to Galileo since the programme  began in 2002. It provides a foundation stone for a British  industrial policy goal to get 10 per cent of the global space market by 2030,  (the Space Innovation and Growth Strategy 2014-2030  Space Growth Action Plan.)  The UK Space Agency was created in 2010 to promote space-related innovation and development in line with that policy goal (Space News 9 November 2017 )

Post-Brexit, Britain is unlikely to be able to retain the same participatory status in Galileo that it currently enjoys. The possibility that Britain’s participation could be jeopardised by Brexit (Oral Evidence-Brexit:Space p3) is a cause for consternation and concern, due to the crucial nature of the Galileo system for both civil and military communications. For example, Airbus has said that British participation in Galileo is critical to any future partnership on security and defence.

The government is, therefore, wanting to get a post-Brexit deal that could keep Britain in the programme after March 2019 when Britain is due to leave officially. Theoretically, the options for Britain could be to follow the example of either Norway or Switzerland. However, we will struggle to keep the same level of privileged access that is currently enjoyed.

If Britain follows Norway, it could get full access to the Galileo project, with an open door to negotiate access to a military-grade encrypted system, but that would mean that Britain would have to go the higher level route of EEA membership. It would also need a security treaty. If Britain follows the Swiss model, it would be able to manufacture and sell certain technologies to the Galileo programme, but would only have observer status. That would still be subject to a security treaty, and the route to accessing the encrypted system would be subject to a separate request.

The future of British involvement in the Galileo satellite programme encapsulates the wider dilemma over how to maintain essential business and regulatory frameworks post-Brexit. The problem flows from provisions in the Transition deal agreed last month as part of the overall UK-EU Withdrawal Agreement, which appear to have been agreed, unchallenged, by the government.

Galileo is operated by the GNSS Agency, which is an EU agency, overseen by DG Growth. Britain will be automatically excluded as a consequence of the UK-EU Withdrawal Agreement (Article 123) which shuts us out from participation in EU ‘institutions, bodies and agencies’ one year from now. We will specifically be excluded from any decision-making processes. The Withdrawal Agreement additionally precludes Britain from having access to any information that relates to the security of the EU.

According to a report in the Financial Times, the European Commission has written to the Home Office saying that Britain cannot be told about long-term plans for the Galileo system after 2019. The reason given was that ‘Britain would become a third country’ and as such, would need a security agreement in order to be able to exchange sensitive data. The Financial Times also reported that Defence Secretary, Gavin Williamson, ‘hit the roof’ on being told this.

A close reading of the UK-EU Withdrawal Agreement (coloured version) Article 122.7(b) does indeed say that Britain will be excluded from the sharing of sensitive information where it relates to programmes that will continue after 2019. It also says that the EU will notify the British government where this applies:

It begs the question, how should a modern-day Sir Humphrey explain to his minister that his government has been hoisted on its own petard? The Prime Minister, Theresa May, wants to negotiate some form of post-Brexit participation in the Galileo programme.  She spoke of it in her Munich speech on security, calling for the “right agreements for business”. In her speech of 2 March on Britain’s future relationship with the EU, May spoke of wanting to explore terms with the EU to stay in ‘agencies critical for the aerospace industries’. The British government appears to be relying on the fact that both Norway and Switzerland, which are non-EU members, are able to participate in Galileo, and argues therefore that Britain will be able to participate too. However, this argument ignores some key facts.

Norway does indeed participate in the European Global Navigation Satellite Services  (GNSS) Agency which runs the Galileo programme for which it has agreed to contribute €70 million. It hosts two ground stations for Galileo in Antarctica and on the island of Svalbard. The legal basis of Norway’s participation in Galileo relies on the country ’s membership of the European Economic Area (EEA), and, in addition, on a security agreement covering “procedures for the exchange of classified information”. This is enshrined in a co-operation agreement with the EU (Cooperation agreement on satellite navigation between the European Union and its member states and the Kingdom of Norway).

The agreement was negotiated following directives from the Council dating back to 2005. It was signed with the European Commission on 22 September 2010, and came into force provisionally following a Council of Ministers Decision on 14 February 2011, subject to ratification by the Member States. The objective of the Norway agreement is to “strengthen the cooperation between the Parties by complementing the provisions of the EEA Agreement applicable to satellite navigation.” It does build in a PRS participation, but this will be subject to a second agreement. It is understood that Norway is still in the process of negotiating a PRS agreement, almost eight years after the signing of the original agreement (Oral Evidence – Brexit: space p16).

The Swiss agreement is done on a different basis from Norway’s and gives fewer benefits. Switzerland is not an EEA member, but it does have a security agreement with EU (Agreement of 28 April 2008 between the Swiss Confederation and the European Union on the security procedures for the exchange of classified information). It signed a  Co-operation Agreement on GNSS (Co-operation agreement between the European Union […]and the Swiss Confederation […]on the European Satellite Navigation Programmes on 18 December 2013. This Agreement states that Switzerland’s participation in the European  GNSS Agency is subject to conditions laid down in a separate umbrella agreement for Swiss participation in EU Agencies.  The agreement is about industrial co-operation and reciprocal benefits. It seems that the EU wanted access to state-of-the-art hydrogen-maser clocks that are made in Switzerland and used by the Galileo satellites.

The Swiss only have observer rights on the GNSS Agency committees and have no voting rights.  Switzerland had to agree to retrospectively pay in €80 million for the period from 2008-2013, and it pays an ongoing fee based on GDP.  It has the right to provide GNSS services, except for the PRS. Access to PRS would be subject to a separate agreement, which the Swiss government would have to instigate. Access to the PRS service is governed by a European law adopted in 2011 (Decision No 1104/2011/EU Of The European Parliament And Of The Council of 25 October 2011 on the rules for access to the public regulated service provided by the global navigation satellite system established under the Galileo programme.

The EU is now investing €12 billion in its space programme from 2014-2020, and some €3 billion is understood to have been spent on  Galileo contracts (Financial Times). Under the norm of ‘juste retour’ (Oral evidence: Brexit: Space p3). British companies would usually be entitled to contracts roughly equivalent in value to what Britain has invested in the programme. Industry estimates suggest that Britain has paid in some 12 per cent of the annual budget and received back some 15 percent of the share of the work (Financial Times).

The British space industry is currently worth around £14 billion (Oral evidence: Brexit: Space p7 ).  Much of the British success is built on the back of the EU space programmes. Industry representatives have pleaded with the government to keep us in Galileo. The industry told the Lords Select committee that they are being subjected to punitive Brexit-related clauses in contracts, and that timing is critical otherwise companies stand to lose out on upcoming tenders  (pp 4,5,6,9). They warned Britain may never be able to fully re-establish its current position  (pp 16-17). For example, Airbus told the Select Committee that it is ‘currently engaged in a tender for the ground control segment but “Due to the Brexit environment, the conditions of tender and the security constraints, we do not believe it is possible to sustain a lead from the UK for that activity” (p1).

Some British politicians hark back to the 1950s when this country gave up its own investment in a space programme.  This rather misses the point that times have changed. Space is a long-term business and the investment levels are such that only the large economic blocs can afford it. If Britain wants to benefit from the space industry in 2030, it needs to be participating in the new projects that are being commissioned now. Brexit, however, seems to be getting in the way. The timescales alone – to negotiate a bespoke bilateral agreement, would seem to narrow the chances of the government delivering in time for the UK space industry to capitalise on the 2018 rounds of contracts. Moves are already being considered to take parts of the industry into the EU 27 to secure business.

However, the Galileo dilemma highlights a much wider issue for British industry. These tensions are likely to be replicated across many other sectors where business needs to participate in EU agencies for regulatory or research and development purposes. Pleading for bespoke bi-lateral agreements is unlikely to resolve the situation – as the Norway and Switzerland examples above illustrate, either we will not have the correct foundations in place, or we will be left with an inadequate status. And it could take years. Overall, British industry is likely to end up in a weaker position. It suggests that a recalibration of policy is needed.