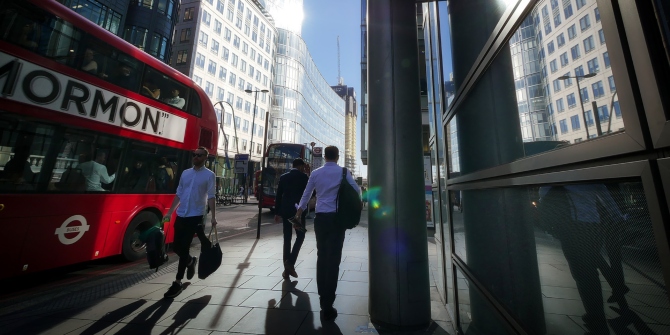 Sovereign Wealth Funds (SWFs) are investment funds set up by national governments as a means of saving – potentially across generations – a proportion of foreign exchange inflows, typically as a result of windfalls from natural resources, but also, in some circumstances, from manufactured goods export booms and/or even agricultural surpluses. They may also serve as a stabilisation device in the case of unexpected shocks to the global economy. Although two-thirds of SWFs have only emerged after 2000, there are now as many as 78 SWFs globally, with an estimated combined worth of US$ 7.45 trillion. SWFs are key players in the global financial ecosystem, as reflected by their size, which exceeds the combined size of global hedge funds and private equity houses .

Of particular significance is their propensity to invest in equity securities. Indeed, the latest estimates suggest that they hold shares in one out of every five listed firms worldwide. In addition to absolute size, SWF investments have grown significantly in recent years with the values of funds invested having doubled since 2007.

The Norwegian Government Pension Fund-Global (NGPF-G) is the largest SWF in the world with a market value totalling NOK 8,473 billion, including equity investments in over 9,000 companies worldwide. NGPF-G, interestingly, is not a pension fund, but could help fund state pensions. It is managed by the Norwegian Ministry of Finance, but operational management lies with Norges Bank Investment Management, a subsidiary of the Norwegian Central Bank. Other major SWFs include the China Investment Corporation, the Abu Dhabi Investment Authority, the Kuwait Investment Authority, the Hong Kong Monetary Authority, the State Administration of Foreign Exchange of China, and the Government of Singapore Investment Corporation. The quality of governance and transparency of SWFs varies, but the NGPF-G is typically seen as having the highest standards of any SWF. In line with this, it publishes its ownership stakes in all its investee companies.

We study the effect of NGPF-G on employment in its UK investee firms before and after the 2008 financial crisis. Our focus on NGPF-G arises from its atypical approach when compared to other SWFs, given its clear focus on socially responsible investment (SRI), including workers’ rights. NGPF-G has gone as far as exiting from investee firms that have not reacted sufficiently to its criticism of their labour relations and/or other ethical, environmental and governance concerns.

A classic such example is Wal-Mart Stores Inc., which has been part of NGPF-G’s list of excluded companies since 2005, when the Norwegian Ministry of Finance accused Wal-Mart of preventing its employees from unionising, among several alleged infringements of labour and human rights. While NGPF-G has exited on a number of occasions from firms that ultimately do not adhere to its ethical standards, in a first instance it always tries to engage with such firms, voicing concerns and giving them the opportunity to address any contentious issues it might have with their environmental, social and governance practices. If the issues, however, remain unresolved, and despite its long-term orientation, it does not hesitate to sell its shares in the offending company and publicise why it has done so. Hence and despite the relatively small stakes it holds in its investee firms (it typically holds stakes well below 10 per cent of the equity), NGPF-G is an active and vocal shareholder.

We identify 508 UK firms with NGPF-G ownership in at least one of the years over the 2006-2013 period, which includes several years before as well as several years after the 2008 financial crisis. We then match these firms with firms without NGPF-G ownership from the same industry but with an equal likelihood of having SWF ownership. We use a number of firm characteristics that have been highlighted by previous studies to increase the likelihood of SWF ownership. We are able to match 111 of our 508 NGPF-G investee firms in such a way. The matching is done to ensure that we compare like with like as NGPF-G investee firms may be different from the average UK listed firm. We can confirm that post-matching there are no significant differences between NGPF-G investee firms and their matched non-NGPF-G firms.

What do we find? Adjusting for differences in productivity and wage costs across firms, we find that non-NGPF-G firms significantly reduced their demand for labour in the immediate aftermath of the 2008 financial crisis – that is in the year 2009. In contrast, there was no such reduction in demand for NGPF-G firms. This suggests that NGPF-G buffered any negative effect of the 2008 financial crisis on employment in its investee firms.

Our findings are consistent with NGPF-G’s socially responsible agenda in terms of its desire to take a long-term view of employment. They also raise a number of issues relevant to HR managers, trade unionists and businesses more generally.

First, our results highlight the need for firms to identify and seek to understand the likely employment philosophies of key investors; our earlier research on private equity institutional buyouts reveals adverse effects on jobs. The increased understanding of agendas that are imposed or encouraged by specific investors would allow HR managers to react accordingly. Second, firms genuinely pursuing a more sustainable business model would do well to seek investment from like-minded investors. Third, our work shows that even relatively small investments can potentially be very influential in determining corporate behaviour. This also raises the question as to what the likely employment consequences of investments by other, less responsible, SWFs might be.

Marc Goergen is professor of finance at Cardiff Business School as well as a research associate of the prestigious European Corporate Governance Institute. He is a former member of the ICAEW Corporate Governance Committee. He has published widely on corporate governance, finance and HRM in leading academic journals. He is also the author of three research monographs as well as a successful textbook on corporate governance.

Geoffrey Wood is Dean and professor of international business at Essex Business School. He has authored/co-authored/edited sixteen books, and over one hundred and sixty articles in peer-reviewed journals. Geoff’s research interests centre on the relationship between institutional setting, corporate governance, firm finance, and firm level work and employment relations. He is editor in chief of the British Journal of Management and associate editor of the Academy of Management Perspectives.

Marijana Baric is a lecturer in management and human resource management at the University of Buckingham. She completed her PhD as well as an undergraduate degree (economics and management) at University of Sheffield. Marijana’s work focuses on studying the informal economy from a social exchange perspective. Her research interests also extend beyond the policy orientation, to many aspects of organisational behaviour. Marijana has been involved in projects funded by the European Foundation of the Improvement of Living and Working Conditions as well as Marie Curie Actions.