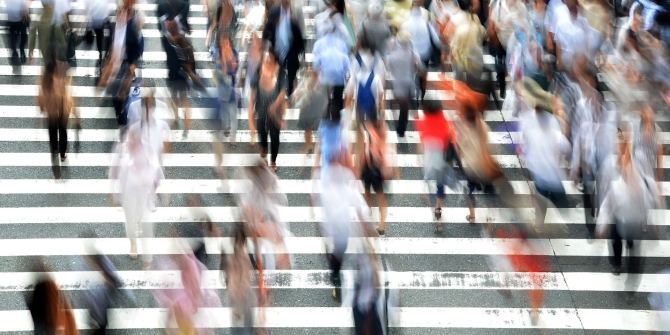 If there is one overriding narrative is that the future of work consists of more insecure, poor quality and low wage work and/or no jobs at all as robots, AI and automation replace human beings. These narratives are wrong, at least in the foreseeable future, which I arbitrarily put at 20 years. Futurologists and science fiction writers are better qualified than me to speculate about work beyond 2040.

In the rest of this blog I draw on trends over the past 20 years as a rough guide to what might happen over the next 20 years, though the picture is no different over a more recent period of, say, the last five years.

The structure of employment

The share of non-permanent work in the UK has barely changed. Indeed, the UK has more permanent employment than most other OECD economies. Nor has the duration of the average employment relationship measured by years spent in a job with the same employer changed. The same is true in the US.

New developments on the margins of the labour market are relentlessly hyped. The share of people who do some work in the gig economy is very small and mainly consists of supplementary low wage work. The huge focus on zero-hour contracts is out of all proportion to their size, at less than 3 per cent of the workforce. The rise in recent years appears to have more to do with better reporting than increased incidence.

The quality of work

The quality of work has recently had more attention following on from the Taylor Review, with a revival in the notion of “good work”. This is a tricky area, as most measures rely on subjective assessment by workers and few surveys ask the same questions in the same way and even fewer do so over time.

An analysis from the British Social Attitudes Survey suggests that job quality has improved on most (but not all) dimensions since 1989. The same survey looking at the period 2005 to 2015 suggests we feel about as secure now as we did before the crash, but that work may have become a bit more stressful. The European Working Conditions Survey also shows average job quality in the UK has not fallen between 2005 and 2015 and remains high by EU standards.

However, while there has been overall improvement for most people in some ways, this is not true for everyone. The British Social Attitudes Survey shows job quality has fallen significantly for those over 55 and those in routine and semi-routine jobs. Many people are in jobs that offer them less security and progression than they want. Many of these poorer quality jobs are permanent.

The impact of technology

Much has been made of the impact of automation, robots and AI on work as we enter the fourth industrial revolution (or possibly the fifth or even sixth). However, over the past decade or so we have seen a global fall in productivity and in most economies increased employment rates, despite the financial crash. Some major OECD economies such as Germany, the US, the UK, and Japan are approaching full employment. In the UK the number of administrative jobs – in the past in the front line for automation – has been going up since 2011. We might say that we have lots of jobs and not enough productivity, which might point to not enough successful automation rather than too much.

A comprehensive review of recent literature focused on the impact of new technologies on services, by Loughborough University on behalf of the CIPD, found that many studies included no original material, some were based on speculation, and were disproportionately focused on healthcare and transport. The evidence base, it concluded, was embryonic. The most widely quoted figure from an academic study, that 47 per cent of jobs are in danger from automation, is a misquote from a speculative exercise that is entertaining but unrealistic. OECD work based on more credible assumptions that tasks, not jobs, are typically automated, has come up with a much more modest figure.

However, there is nothing new about dynamic economies seeing millions of jobs lost to automation and other new technologies in every decade. The same technologies create large numbers of jobs across the economy by reducing costs, expanding existing markets and opening up new ones for new services and goods. The old judgement made back in the 1960s that automation removes jobs but not work is still true today.

The structure of the labour market will be much the same in 20 years as it is today, but with some change in the margins – for example, more people in gig work using digital platforms and fewer people in conventional self-employment. The UK will remain a high employment economy with most people in work in permanent jobs with average employment relationships remaining just as durable as they have in the past.

The UK labour market is likely to continue to sustain large numbers of good quality jobs and average job quality is more likely to increase than decrease. But significant numbers of poor quality jobs will persist and for some people in them conditions may get worse, not better.

Bridging that gap and improving work more generally will depend on how seriously this and successor governments take the post-Taylor quality of work strategy. There is more to do in regulating and resetting the non-permanent employment relationship to improve the position of workers on zero hours contracts and those who work in the gig economy. We need much better enforcement for the rights that already exist for all in employment.

New technologies will continue to be one of the big disrupters of the labour market. They will change the way people do their jobs and work is organised. They will help drive the rise and fall of industries, create and destroy business models, expand some jobs and eliminate others. The challenge remains of how to minimise the adverse impacts and maximise the positive aspects of technological driven change. The “sector deals” of the evolving industrial strategy are one mechanism that could focus future efforts by employers, trade unions, and government on addressing this issue.

Ian Brinkley is currently interim chief economist at the Chartered Institute for Personnel and Development (CIPD) since October 2016. Previously he was at the Work Foundation between 2006 and 2015, including as director between 2010 and 2013, and the Trades Union Congress between 1980 and 2006, including as the TUC’s chief economist between 1996 and 2006 and head of the social and economic department between 2004 and 2006. Prior to 1980 he worked as a researcher at the Centre for Environmental Studies and at the University of Kent.

Ian Brinkley is currently interim chief economist at the Chartered Institute for Personnel and Development (CIPD) since October 2016. Previously he was at the Work Foundation between 2006 and 2015, including as director between 2010 and 2013, and the Trades Union Congress between 1980 and 2006, including as the TUC’s chief economist between 1996 and 2006 and head of the social and economic department between 2004 and 2006. Prior to 1980 he worked as a researcher at the Centre for Environmental Studies and at the University of Kent.