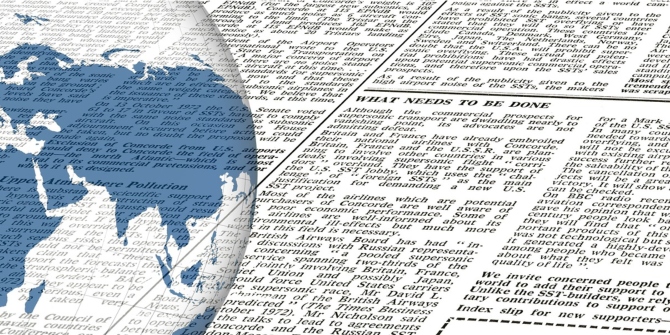 What happens to corporations that misbehave? Are they all punished? Are they all punished in the same way? Despite the cases that attract significant media attention and the potential legal consequences of misconduct, there is no guarantee that all corporations that misbehave will face the same punishment (or even any punishment).

One of the more visible types of punishment, and one that is of primary concern to corporate leaders, is a declining stock price. For example, a week after the initial coverage of the emissions scandal at Volkswagen in 2015, its stock price plummeted 50 per cent. In contrast, in 2014, the price of General Motors’ stock dropped only 1.8 per cent a week after the media exposed that faulty ignition switches in its cars were linked to 124 deaths. Both GM and VW are large auto manufacturers, and in both cases, executives appeared to wilfully engage in unethical behaviour. Why did investors react so differently?

There is ample evidence that stock markets react negatively to unethical corporate behaviour. There is also ample evidence that markets react more negatively to misconduct that relates to primary exchange partners (e.g., customers, lenders, suppliers). Beyond that, however, we still know little about why market reactions to different incidents vary. Investors react to new information, but in the case of misconduct, precise details about norms and laws broken, ultimate consequences, and who bears responsibility are often not known immediately. Investors usually react, however, to the initial news of misconduct. These reactions can have immediate consequences for the firm and help shape public perceptions of the misconduct. If investors react strongly, this can increase scrutiny and lead other stakeholders to form negative perceptions.

Acts of corporate misconduct, in other words, are not judged as such through a straightforward judgement. They are socially constructed, meaning that “misconduct” is an assessment that emerges as audiences make sense of information and agree that a firm has behaved unethically.

If the media report that a firm was fined a specific amount, investors can easily assess impacts on future profitability. Such fines, however, are not the only consequences of concern to investors. To the extent that investors observe or expect exchange partners to react negatively, e.g., consumer boycotts or increased interest rates, they will adjust their expectations about the firm’s future profitability down, leading to a lower share price as some (or many) investors sell. Investors, however, face distinct challenges to assessing these “reputational penalties.” Corporations under scrutiny have strong incentives to limit the amount of information they disclose, which gives them more control over the situation and initially protects their reputation. Under such conditions of information asymmetry, the media play a critical role in broadcasting information.

Exactly how does media coverage influence initial investor reactions? To answer this question, we examined stock market reactions to initial media coverage of a diverse sample of 345 acts of misconduct by firms headquartered in the UK, Netherlands, France, Germany, Belgium, and Luxembourg between 1995 and 2005. We used an event study methodology in which we analysed the extent to which market reactions were more negative around the day the misconduct was exposed than what would have been expected otherwise.

The most intuitive prediction is that more coverage will lead to more negative reactions. To our surprise, we found that the volume of coverage did not matter. We found, however, that the content of coverage did. The explanation, we argue, lies in how we use available information to make assessments of and attributions about behaviour. When a firm is accused of unethical behaviour, there is uncertainty about whether it happened, how bad it was, and who was responsible.

The media often do not have complete information about the misconduct, and the details may not emerge for a long time. Investors, therefore, will look for signals that the misconduct is real and that it could lead to reputational penalties. If the media present ambiguous signals, investors will have a difficult time drawing conclusions. However, if the media provide clear and credible information that unethical behaviour occurred and that the company is responsible for it, investors will more easily agree that the firm misbehaved and it will incur reputational penalties. In reaction, more investors will sell, and the stock price will drop.

We found that investors reacted more negatively to three types of information reported in the media:

Our findings, therefore, show that it is not the amount of coverage that matters, but whether the media report clear and credible information about the misconduct. More broadly, we show that the media play an important role in enhancing the market’s efficiency in punishing and deterring misconduct. Since the most common social media platforms often drive readers to traditional news content, when it comes to perceptions of corporate behaviour, the traditional media likely remain very important.