A reform whose goal was to spur innovation appears to have had the opposite effect, write Hans Hvide and Benjamin F. Jones 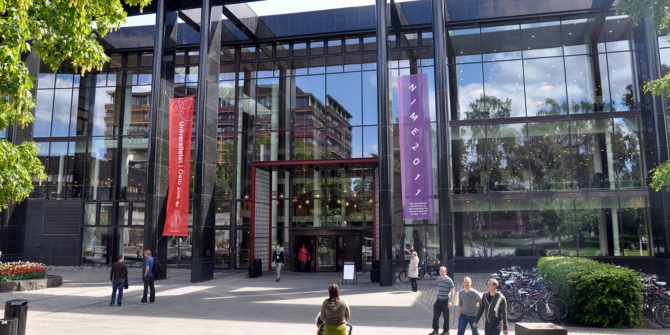 University workers contribute not only through research and teaching activities, but may also start successful high-technology companies (e.g., Google and Genentech) and create valuable intellectual property (e.g., the Hepatitis B vaccine and the pain medication Lyrica). Moreover, universities can be important foundations for local innovation clusters, such as Silicon Valley (Bresnahan et al., 2001).

Several European countries, observing the growth in university patenting in the United States in the last several decades (Mowery et al. 2004), in the early 2000s enacted legislation seeking to emulate the U.S. system (Lissoni et al. 2008). Prior to the reform, a university researcher retained blanket rights to his or her invention, the so-called “professor’s privilege”, while post-reform the university typically got two-thirds of the income rights – a system similar to in the U.S. and many other countries (Lissoni et al. 2008).

In a recent paper, we use comprehensive data about workers, businesses, and patents, to analyse the impact of the reform in Norway. The figure plots the difference in per capita startup rates for university researchers and non-university employees for three years prior to the reform, enacted January 1st 2003, and five years post-reform.

The figure shows that, post-reform, university researcher startup activity dropped by about 50 per cent. By comparison, as can also be seen in the figure, the background rate of startups in Norway as a whole did not change. The sharp, relative decline among university researchers is similarly found when they are compared against individuals with increasingly similar sociodemographic characteristics (e.g., individuals with a Ph.D.). The results for patenting activity are similar, suggesting an approximate 50 per cent decline in patents per university researcher compared to the patenting rate among non-university inventors.

One explanation for the decline might be a lack of experience among universities: newly instituted technology transfer offices (TTOs) at the universities may have been initially unskilled at commercialisation and needed time to improve. However, even four years after the reform, there seems to be no sign of improvement; the negative effect of the reform appears to continue, as illustrated by the figure. In the patenting analysis, we can follow university researchers until seven years post-reform and the same picture emerges; there is no bounce-back and, if anything, commercialisation rates appear to decline with additional time.

Another explanation for our findings could be that the reform eliminated the less-promising start-ups and patents, so that although the quantity of university-based innovation went down post-reform, the quality went up. The data, however, suggest that the quality also declined. After the reform, startups by university researchers become less likely to survive and grow more slowly. Meanwhile, university-based patents receive fewer citations. Thus, not only does the quantity of commercialisations by university researchers decline, but there are declines in several quality measures as well.

A theoretical perspective that may explain the findings emphasises the problem of university researcher incentives, and how these can be balanced with any rights given to the university itself. How to balance ownership rights between investing parties is a classic question in economics and also provides canonical perspectives in studies of innovation (Holmstrom 1982, Grossman and Hart 1986, Aghion and Tirole 1994, Green and Scotchmer 1995).

Our stark empirical findings appear in sharp contrast to the motivations behind the Norwegian policy reform. The findings may also raise questions about similar reforms in other European countries that eliminated the professor’s privilege: were the Norwegian results representative, one would imagine that the quantity of start-ups and patenting by university researchers would rise substantially, as would the quality, should universities give the researchers full rights. Since the post-reform regime looks like the U.S. regime, among others, the interest in the external validity of these findings may also extend to countries outside Europe.

Hans Hvide is a professor of economics and finance at the University of Bergen and a research affiliate at the Centre for Economic Policy Research (CEPR). He has consulted for a large number of government offices and private firms. His work focuses on economics of entrepreneurship and on behavioural finance.

Benjamin F. Jones is Gordon and Llura Gund Family professor of entrepreneurship and strategy at Kellogg School of Management at Northwestern University. He is faculty director of the Kellogg Innovation and Entrepreneurship Initiative (KIEI) and associate dean for innovation and impact.