Are freelancers a breed apart?

Are freelancers a breed apart? 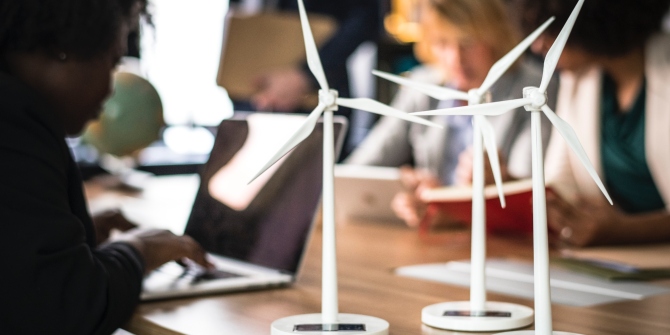 Amelia is a web designer. After graduating from ITC in Milan in 2013, she went through a series of precarious, underpaid, jobs in ITC firms until a friend of a friend commissioned her with the development of his firm’s website. It was then that she realised that being a freelancer could be more profitable and satisfying. Amelia now manages her own career, usually collaborating on 3-4 projects at a time for different firms.

Freelancers’ (also known as independent professionals, portfolio workers, self-employed, iPros, etc.) rate is increasing all across Europe (but the same applies to the U.S. and other developed economies), and now it reaches 14 per cent of European labour force according to Eurostat.

Do we know enough about freelancers’ jobs and careers? The answer is no – just mention that the EFIP report provocatively included this sentence on its very cover: “iPros are virtually invisible in academic literature”.

The protean and boundaryless career concepts became popularised in the 90’s in order to address changes such as increased organisational outsourcing and de-layering, consequent jobs flexibility and workforce segmentation, with unavoidable employee accountability for their own careers and employability.

However, it must be noted that the protean and boundaryless careers concepts were postulated for workers who, although being more autonomous, networking, and hedonistic than in the past, typically looked for being employed within an organisation, thus neglecting an increasing quota of the workforce: freelancers.

Freelancers are a sort of hybrid of both employees and entrepreneurs: on one hand, they can be considered as employees because they usually have long-term relationships with client organisations; on the other, they can be considered entrepreneurs because they assume all business risks on their own and client organisations do not determine their career prospects. Therefore, building strong relations with actual and prospective client organisations (thus, being more employable) and putting substantial effort in developing and maintaining strong professional networks with other freelancers (as a source of potential job opportunities and also for trade union protection) is fundamental for freelancers to buffer against the risks of being on their own and thus to more easily reach career success and satisfaction.

Through an online survey carried out with 425 Italian freelancers, we found that a boundaryless mindset facilitated the enactment of activities aimed at fostering one’s employability, thus having a stronger attitude in building relationships across organisations is fundamental to freelancers for being more employable. More importantly, freelancers who took responsibility for their career management were more employable, more committed to freelancing as a profession, and perceived their career as more successful.

Activities aimed at developing one’s employability and commitment towards freelancing as a profession were sequential statistical mediators, meaning that career success for the more boundaryless and protean among freelancers is the final step of a process that encompasses behaviours aimed at developing one’s employability, and attitudes about one’s loyalty towards the profession.

These findings extended our understanding of protean and boundaryless careers by demonstrating that these behaviours serve not just those who react to organisational memberships (i.e., employees) but to those whose careers are almost entirely non-contingent upon any singular organisational membership (i.e., freelancers). Career success and its relation to these constructs is something not associated just in relief to organisations but to the individual and ongoing expression of these attitudes and behaviours.

Important implications can be drawn for freelancers, their associations, and client organisations:

Recalling a quote from the father of the protean career concept (Hall, 1996), a protean career is “a contract with oneself, rather than with the organisation.” This may be no better personified than by Amelia and the other freelancers, who present themselves as a breed apart from the wider occupational force.

Jon Briscoe is professor of management at the Northern Illinois University, U.S. His key research concerns career management and cultural differences in careers across countries. In addition he studies leadership, leadership development, and values in organisations. He is a co-founder of the 5C (Cross-Cultural Collaboration on Contemporary Careers) research group and a past president of the careers division of the Academy of Management.

Jon Briscoe is professor of management at the Northern Illinois University, U.S. His key research concerns career management and cultural differences in careers across countries. In addition he studies leadership, leadership development, and values in organisations. He is a co-founder of the 5C (Cross-Cultural Collaboration on Contemporary Careers) research group and a past president of the careers division of the Academy of Management.