We need to address the growing income differentials in Britain before we sleepwalk into a dystopian future, writes Deborah Hargreaves 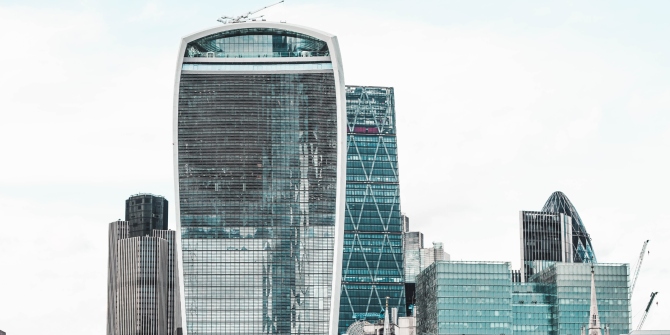 An economy where the highest paid business leader pockets £265 million for one year’s work, while the number of working families in poverty rises to a 20-year high, is one that needs to address its income gaps.

Denise Coates, the chief executive of gambling group Bet365, has been paid £265 million in 2017 at a time when many of those in work are struggling to afford their bills. Insecure employment conditions and stagnant wages have tipped an increasing number of families into poverty.

Britain is deeply divided with the political fault lines over Brexit closely linked to depressed wages and poor economic outcomes for a growing number of people. The Joseph Rowntree Foundation says that the number of workers in poverty hit four million in 2017 with about one in eight of the economy classified as working poor.

And yet we are paying our corporate bosses ever increasing riches. Average pay for the chief executives of our biggest companies in the FTSE 100 was up by 23 per cent in 2016 to £5.7 million (and that doesn’t even include Ms Coates, who runs a private company). Even the median pay rise for company bosses was 11 per cent, compared to average wages which have not kept up with inflation over the past ten years.

As I argue in my book, we have seen top pay quadruple since the late 1990s while average wages have been stagnant. This has opened up a huge gap between those who run our companies and those who work for them.

One of the driving forces behind burgeoning corporate pay has been the trend towards rewarding executives in company shares related to certain measures of performance. This gives a business leader a short-term focus on the share price, rather than a long-term commitment towards investing and building a sustainable company. Performance-related pay can also have perverse consequences. One way of massaging the share price is to cut costs; this can buoy returns, but stifle investment in plant and equipment as well as workforce wages.

Many companies have also reacted by buying back their shares from the stock market and cancelling them. This decreases the number of shares in circulation, so the price goes up. But the boost to the shares is generally short-lived and buying back shares is a poor use of company funds when compared with the benefits that could be achieved by increased investment.

Britain’s Labour party has recently suggested it would reform executive pay by getting rid of payment in shares and share options and giving top bosses a salary in cash.

These proposals caused the inevitable outcry in Britain’s boardrooms but they would sensibly strip packages back to basics and pay the bosses in the same way that the workforce is rewarded – cash. Top pay has become so complex and confusing that even some of the chief executives who benefit from it admit that they don’t understand the way it works. This begs the question as to how it can motivate executives if they can’t fathom what they are getting paid for.

Remuneration committees that set top pay are usually full of like-minded financiers or executives from other companies, who feel fairly comfortable awarding big packages. This is why I have argued that the workforce should get a vote on the rewards for those running their companies. Among other measures, the Labour party’s report also called for customers and employees to be given a vote on remuneration for company bosses. This would be complemented by having workers on remuneration committees and boards to remind them that the staff have not enjoyed the sort of increases awarded to the bosses in recent years. Companies should not be run as cash points for shareholders, but should have a broader responsibility to society.

Scandals over pay and corporate behaviour have undermined the public’s faith in the business sector since the financial crisis in 2008. This is a vital issue for the economy and for society because if our current economic set-up is not seen by the majority of people to be fair, they will be attracted by populist alternatives.

I believe that this is part of the reason for the strong Brexit vote in some parts of the country. Those who felt left behind by the economy and out of touch with the prevailing ethos in Westminster, sought to give our politicians a kicking.

It is worrying for those who believe in free markets and capitalism as if the public loses faith with the status quo, they could be attracted to more radical alternatives. Our leading companies have done little to address the disaffection about executive pay and unless they take the matter into their own hands, they could face the imposition of more draconian legislation.

For the health of our society as a whole, we need to address the growing income differentials in Britain before we sleepwalk into a dystopian future.