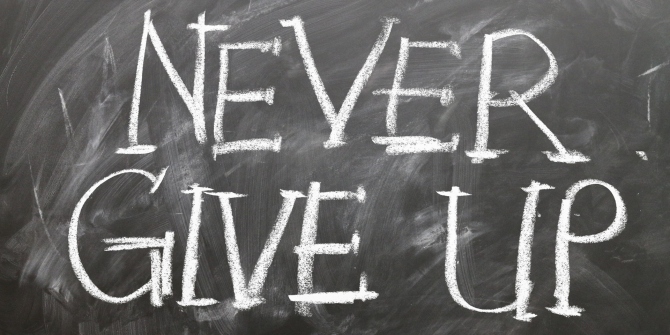 The importance of perseverance is recognised by intellectuals, sportsmen, and business people alike:

What these quotes do not reveal, however, is whether perseverance is solely a matter of personality – which some lucky people own and others cannot acquire – or whether we can actually influence it. In our study, we investigate this simple, but critical question: Can you influence a peer’s perseverance? And how?

In short: yes, you can! And there are two distinct ways: learning and peer pressure.

Think of running a marathon

An amateur runner who aspires to complete a marathon can benefit from joining a group of experienced runners. One reason is peer pressure. Committing to regularly practicing together and announcing to the group one’s intention to run the marathon can help not to procrastinate. The other reason is learning. Listening to what experienced runners say and observing that they have succeeded finishing a marathon can boost one’s own perseverance, too. Yet, to choose a group of runners, it is important to know which effect is at work, under which conditions they are working, and when there are actually negative peer effects.

In our study, we investigate both effects, learning and pressure, in a lab, where 336 subjects made anonymous decisions on computers. In order to challenge perseverance, we let subjects work on a tedious task (see Figure 1), while they could always surf the web instead. Participants received a monetary bonus for solving at least 5 out of 10 subtasks correctly in 50 minutes. To unlock each subtask, a website filled with eye-catching content covering many categories such as fun, sports, celebrities or news had to be passed such that there was always the tempting alternative to give up and surf the web.

Figure 1. A small example of the tedious task that requires perseverance

Notes: Solutions here are 2 and 11. In the experiment, there are ten subtasks each consisting of 99 words, which also include upper and lower cases. This task is particularly depleting, given many words contain almost the right pattern (e.g. “AbC”, but without being followed by a vowel).

In the “learning from peers” variation, participants interacted in a chat with an experienced peer prior to working on the task themselves. We found that chatting with a successful peer can have an encouraging or a discouraging effect on perseverance, depending on how this peer communicated. When the experienced peer had achieved the bonus herself and then communicated that most of the participants could probably do so, too, unexperienced chat partners were most likely to persevere until the end and achieved the bonus (see Figure 2). If, however, an experienced peer who had gotten the bonus then communicated that most of the other participants would not manage to succeed as well, this had a discouraging effect. It seemed to convey the message “I did it, but I am exceptionally good at this. You should not even try”. What about unsuccessful peers? We found that experienced peers who had themselves not gotten the bonus had no influence on others’ perseverance, regardless of what they communicated. 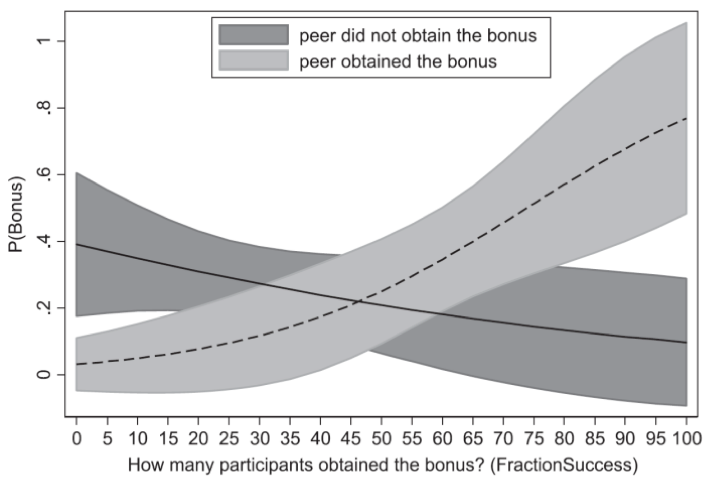 In the “peer pressure” variation, each participant had to justify her performance to another participant, again in an online chat, but this time after the task. This variation also showed a significant impact on perseverance, but not a long-lasting one. Those who had some peer pressure managed more often to solve at least one or two subtasks (see Figure 3), but this did not lead to a larger fraction of participants going up to the bonus.

Notes: Fraction who solved at least one subtask, respectively at least two subtasks, is higher when participants are observed by a peer to whom they have to justify their performance.

These insights have suggestive implications for organisational design, in particular team composition and promotion decisions. If perseverance was solely a matter of personality, human resource departments could only try to select the right types, but not influence them. In contrast, our study has shown that there are simple ways we can positively affect someone’s perseverance. Beyond the rather obvious effects of pressure, it is possible to foster perseverance by a combination of exemplary success and humble communication. But beware: those who emphasise their own success rather than motivate others can have a discouraging effect. The additional observation that unsuccessful peers have no effect at all points to the necessity of legitimate authority for being able to give influential guidance. Finally, mentors and managers would be well advised to take the gender of those they advise into account: While it seems easier to motivate women, it also appears easier to demotivate them by picturing oneself as the exceptional achiever.

Lydia Mechtenberg is a professor of economics at the University of Hamburg (Germany) and work-package leader in the EU-Consortium DEMOS – Democratic Efficacy and the Varieties of Populism in Europe. She investigates the workings of markets, organisations, and institutions, using game theory and lab, field, and survey experiments.

Lydia Mechtenberg is a professor of economics at the University of Hamburg (Germany) and work-package leader in the EU-Consortium DEMOS - Democratic Efficacy and the Varieties of Populism in Europe. She investigates the workings of markets, organisations, and institutions, using game theory and lab, field, and survey experiments. 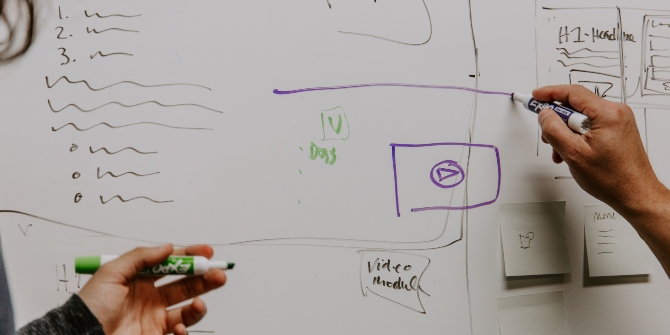 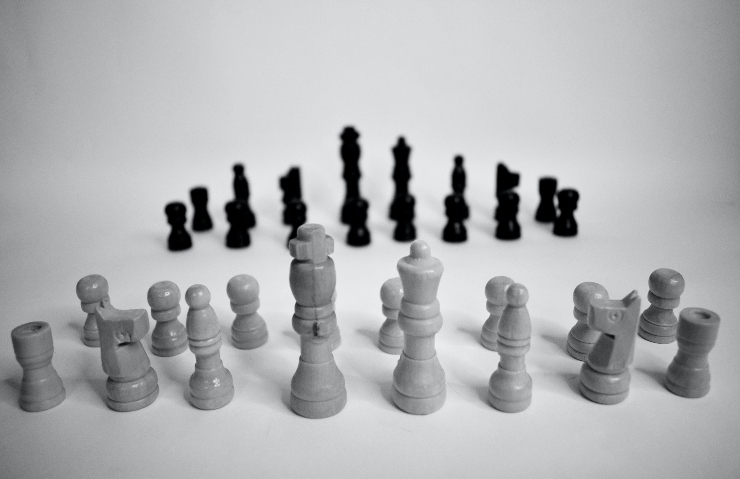 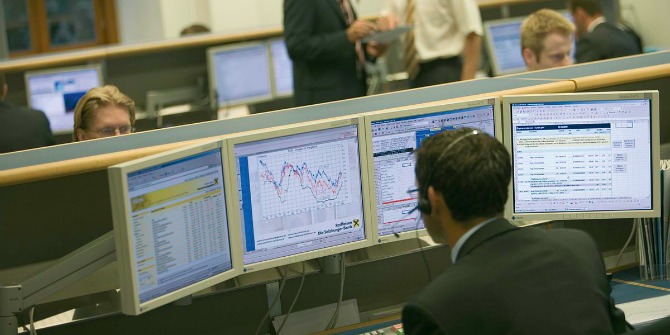