Huge amounts of political and economic resources were thrown at the bank culture problem after the financial crisis, but 'everything and nothing' has changed, writes Huw Macartney 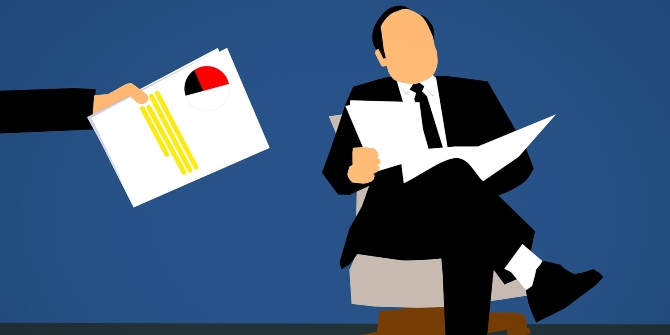 Each year I give an undergraduate lecture on student loans. It is a thoroughly depressing two-hour slot. But each year it also reminds me how the student experience has changed since I began my undergraduate degree in 1997. One memory stands out in particular. It is the memory of visiting four large UK retail banks in my local village and being offered £50-£100 to open one of their credit card accounts. Free beer money for me I reasoned; and someone in the bank moved one step closer to reaching their sales targets. A win—win outcome.

Since the mid-2000s, though, this “culture” in the banks has come under a lot of scrutiny. In the UK customers became aware that the payment protection insurance they had been obliged to buy was virtually worthless; in the US mortgages were being sold to households who had no hope of making the repayments once the introductory offers expired; and then stories of Wells Fargo employees chasing potential checking account customers around shopping malls – to meet an end-of-month sales target – emerged in the mid-2010s.

So, what is bank culture? Academic accounts tell us that a corporation’s culture refers to the beliefs and actions of its employees. Culture drives behaviours and strategies. It is what employees of an organisation live and breathe daily. Neoclassical economics usually assumes that behaviours stem from financial incentives: offer an employee a big enough bonus and he or she will sell life insurance to a corpse. Behavioural economics shows that status and approval are equally important: getting the biggest bonus is often more important than the actual financial sum itself. Some studies have therefore concluded that culture may even be the determining factor behind the long-term success and sustainability of a firm. As the financial crisis showed however, the opposite can also be true.

After the financial crisis and numerous scandals – rate-fixing, money-laundering and mis-selling – policymakers in the UK and the US made banking culture a top priority. A multitude of new institutions were established, and new laws passed. Huge amounts of political and economic resources were thrown at the bank culture problem.

My most recent book argues, however, that after this monumental political and economic effort everything and nothing has changed in Anglo-American banking culture. What do I mean? Well, as is often the case, what you see depends on where you stand.

For the 150 or more bank employees that I spoke to in both the US and the UK their work environment – their “culture” – has become extremely claustrophobic. Every email is scanned and scrutinized; casino-style cameras – monitoring employee behaviour patterns – have been introduced; in some banks sales targets have been completely abandoned; and criminal penalties have been introduced for misconduct. Bank staff feel constrained and derided. Countless times I was told that the world of banking has changed beyond recognition.

But I argue that this is an unhelpful way to think about bank culture, because it over-emphasises the internal perspective on cultural reform. Put differently, the degree of bank culture reform should also be examined from a broader perspective. The question ought to be: has the culture reform agenda helped remedy the inequality and instability that the largest banks contribute to and profit from? Seen from this perspective the answer – I argue – is, no. Banks – particularly in the UK and the US – are arguably amongst the most important corporations, wielding massive influence over democratic politics and a huge role in shaping society.

Debt is the most obvious example of the latter. Given relatively stagnant wages in both the UK and the US and the dependence on consumer spending – consumption – to drive these economies, it seems we cannot live without our credit cards. This process empowers the banks, as guardians of the credit economy. And it is also one reason why banking culture matters to us all.

From this wider perspective I argue that banking culture in the Anglo-America economies has changed very little. Wages in the financial sector are still disproportionately high. Pro-economic recovery measures such as quantitative easing and low interest rates have boosted asset prices and aided the profitability of the banks, but there is little evidence that these measures contributed to an economic recovery. And the figure below shows that after a slight dip bank bonuses at some of the top US banks soon rocketed again. This is why I say that everything and nothing has changed. 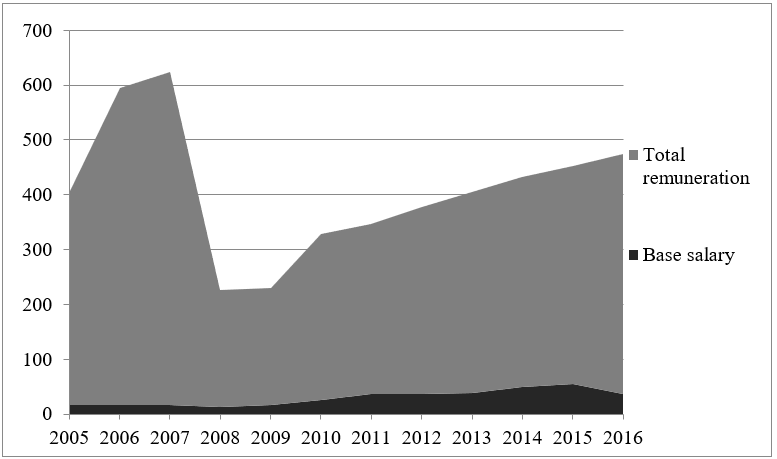 But in the book I also argue that the bank culture debate had another important impact that is often overlooked. This is because politicians used banker-bashing to score political points in an early version of populism. Banker-bashing was an attempt to restore some credibility to the embattled institutions of government in the UK and the US. Large financial penalties that made great headlines but were weak on content were the most obvious example of this. But – on the evidence of Trump and Brexit – the response to the bank culture debate was not tough enough. It bought a little time, but nothing more.

Huw Macartney is a senior lecturer in political economy at the University of Birmingham’s department of political science and international studies. His research focuses on banking and financial market regulation. He is the author of three books and over a dozen journal articles on these themes.