Retail banks are far from obsolete: they are needed more than ever in the age of data

Technology now frees them to go back to their pre-internet role of empathising, helping, and maintaining your privacy, writes Alex Fraser

Retail banks are far from obsolete: they are needed more than ever in the age of data 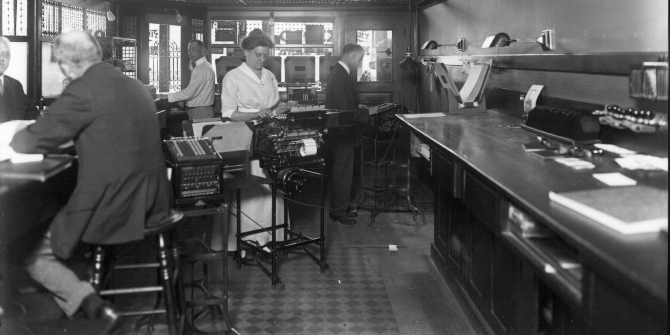 The internet has fundamentally reformed a number of industries. Newspaper publishing lost the deep moat that investment in printing presses and distribution once represented. Music publishing went the same way. Now the quantity of data that online devices can gather makes it possible to start programming useful machine learning and artificial intelligence applications. Alexa can parse your mood.

What will this instant and ubiquitous analytical capability mean for banks? In my view, banks have a fundamental societal role to play that sets them apart from the digital treadmill.

The past five years have been about the incumbent banks trying to emulate the fintech challengers. But we are close to the point where a good digital experience is just a hygiene factor. All the banks have good mobile apps, good interfaces, faster payments, real-time updates, all can nudge behaviour. The question for incumbent banks now is: should they keep trying to keep up with the latest in fintech apps, or build on their own strengths?

What banks do best

Bill Gates, the founder of Microsoft, argued that everyone needs banking products, but no one needs banks. That suggests that banks as we know them now will inevitably be subsumed by big tech. After all, isn’t it true that the more data that can be brought to bear on analysing a customer’s needs, the better the outcome?

It is certainly true that the more data brought to bear, the better the insight into a customer, but that is not always the same as the best customer outcome. Banks exist to carry out some very fundamental services for society – that is why governments bailed out large banks when they got into trouble. Banks turn short-term deposits into longer-term loans. Maturity transformation is what makes business development and mortgages possible. Yes, much of the risk analysis is now done by computer, but only a banker can decide whether to trust the entrepreneur standing in front of them. And the entrepreneur must be able to trust the banker – not to have conflicts of interest or to abuse their position. The risk management that banks undertake will – at its best – always be both an art and a science. When everyone has instant, accurate information on any topic at their fingertips, trusted relationships with experts will be what makes a difference.

The way we borrow now

The loans that retail and commercial banks make to businesses and individuals should drive employment, growth and productivity. Much of the GDP growth of the past 15 years, however, has arguably been driven by consumer lending. The underlying reasons for low productivity and wage growth in the UK are difficult to untangle (and the subject of a lot of debate). However, one thing is clear: the UK now has problems with persistent consumer debt.

Such debt costs the people who service it a great deal of money – far beyond the initial amount borrowed – and it causes a great deal of harm. The FCA recently introduced what it called a “radical” reform of overdrafts to protect consumers, in particular the most vulnerable. It noted that “in 2016, more than 50% of firms’ unarranged overdraft fees came from just 1.5% of customers”. These customers, of course, tended to be people living in deprived neighbourhoods.

Surely the banks are the culprits on this? It is true that most of the money owed on credit cards and via overdrafts is provided by the incumbent banks. But that is why they are the institutions best placed to solve the problem. They can help people learn to manage their money better – even when resources are very tight – because they see daily what the underlying problems are. And that is not the only reason. Banks are also in a good position to help people manage their money because they are trusted and because it is in their business interests to repay that trust.

The way we live now

Sounds improbable? There have certainly been some unsavoury scandals in banking since the 2007/2008 financial crisis: rigging Libor and the mis-selling of payment protection plans spring to mind. However, who will ensure that you do not lose out if you buy faulty goods with a credit card? The online retailer, or the bank? Do you expect your money to be safe in your bank account? Few would worry about that. That is because deposits up to £85,000 per eligible person, per bank, are covered by the Financial Services Compensation Scheme (FSCS), which is funded by the banks themselves. Most people run no risk at all with a bank account.

They do, however, run increasing risks when it comes to wider financial security. The gig economy is here to stay. Defined benefit pension schemes are a thing of the past – even for those in full-time, permanent employment. People are spending longer in retirement. Many of us in later life will have to make complex and important financial decisions that were once dealt with by employers or the state. To do that, we will need trusted financial services companies that will keep our data private, help us achieve our financial goals and be there to deal with complaints if we feel that something has gone wrong. Those companies are most likely to be large banks.

The past is the future

Before the internet and cheap, high-speed, computing, a bank manager was “an amalgam of accountant, solicitor, tax expert, financial adviser, adviser on current economic problems, and a sort of financial father confessor. Sometimes he must be a psychologist and at times a psychiatrist,” according to James Dandy in The Branch Banker, 1960.

I would argue that the flood of data we have now has not made retail branch bankers obsolete. On the contrary, mobiles apps provide them with the opportunity – and perhaps the duty – to go back to the central economic role they played in the pre-internet age – with machines to free them from routine. Who would you rather talk to about your financial problems? Alexa – which reads your mood to a range of sponsors? Or a bank manager – who can empathise, will maintain your privacy, and might know how to help?

Alex Fraser is the chief executive of The London Institute of Banking & Finance.