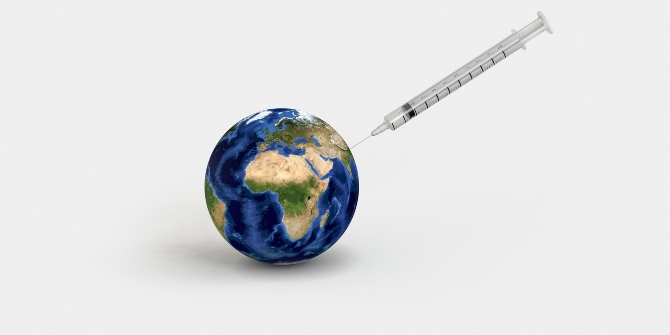 Although it can be difficult to predict exactly how the next health crisis will impact us, there are valuable lessons to be learned from the current one. Lessons which should be brought to the table in future political discussions across the world. Because it is clear that politicians and other decision-makers now look at our preparedness and response systems with newfound attention compared to just a few months ago.

The ongoing crisis has opened our eyes in two areas especially, namely testing of diseases and the development of vaccines.

As for testing of diseases, many of us were inadequately prepared. Many countries could have avoided the widescale shutdown of society we have seen if the necessary capacities for testing and putting potential carriers into quarantine had been in place.

The shortage of test kits and the need for increased test capacities are challenges that are already being addressed. We have been building the road as we are driving on it, and in the coming months, we will see testing of people being ramped up in many countries.

“I shake my head in disbelief when I hear politicians argue that we need vaccine production at the national level.”

Our current experiences with capacity building and organisation of testing is something we can learn from, so as to be better prepared in connection with the next health crisis. Having massive stockpiles of test kits for all sorts of viruses is not a viable solution, as every virus differs and tests must be tailored to the specific situation. Instead, we should consider building a flexible preparedness and response system which can be upscaled at short notice when the need arises. Collaborating at a European level in this regard would be an obvious idea.

The COVID-19 crisis has also helped us to recognise that security of supply in relation to vaccines constitutes a critical infrastructure. Until now, developing vaccines for viral epidemics has not been good business for pharmaceutical companies. In most cases, epidemics are contained before a safe vaccine can be ready for market. Moreover, there is an issue with the incentive structure for a vaccine that the entire world needs access to and which should be as inexpensive as possible. What is the incentive to develop it?

The business model for vaccines can be compared to that for antibiotics. The EU has already taken steps to focus on the development of new antibiotics, as production on market terms is not viable. Antibiotic resistance is an example of an already recognised global health crisis which can only be solved through international cooperation.

In many countries there is a debate on how to become self-sufficient in the area of vaccines, but the answer is clear: It is not possible. The thought is appealing, no doubt, but we live in a globalised world, which means that diseases spread more rapidly than we can prevent them. And in a world with extensive trade across borders, we are all part of the solution.

I shake my head in disbelief when I hear politicians argue that we need vaccine production at the national level. It would be unwise to go down that road. It makes no sense to let the countries develop vaccines individually, when we have an opportunity to pool together and utilise a global capacity of researchers and the economic foundation behind their work. This type of production should take place in a public-private partnership and would be best served in a European or – as has been the case so far – international framework.

One of the problems of developing new vaccines is that we do not know which one will prove most effective. In fact, we may end up with more than one type of vaccine, e.g. one for prevention and another for the seriously ill. Every vaccine relies on its own technology, and according to the WHO, there are currently well above 100 vaccine projects in progress.

In addition to this, medical production is subject to strict safety requirements which will be difficult to uphold in a vaccine-manufacturing facility that does not run continuously at full capacity. In Denmark, for instance, setting up such a production would be hopeless: It would remain at a standstill most of the time, leaving us with over-capacity in an industry that in the long term would not be cost-effective.

At the European level, we need to come up with common solutions for all the countries which may ensure a fast-track approach to developing vaccines during crises. The Covid-19 crisis transcends national boundaries, so will the next health crisis and so should the efforts on prevention, treatment and developing vaccines. It is only through a European collaboration between public and private actors that we will be able to achieve an adequate test capacity for various types of viruses and a fast development of vaccines that can then be produced in sufficient numbers.

Lars Rebien Sørensen is chairman of the board of directors of the Novo Nordisk Foundation. He was CEO of the Danish pharmaceutical company Novo Nordisk from 2000 to 2017.

Lars Rebien Sørensen is chairman of the board of directors of the Novo Nordisk Foundation. He was CEO of the Danish pharmaceutical company Novo Nordisk from 2000 to 2017.