Guest blog by current student Sam Woolston who shares his experience of working abroad in Italy and Cyprus:

The first sign that my summer might include working in a foreign country came at the end of Lent Term. I received an email from a Head Teacher of a language school I had previously worked at asking me if I would be interested in picking up an English teaching job over the summer. Initially, it felt like a bit of curve ball opportunity, but I picked up the ‘phone to find out more. I mentioned that I would be love to take part, but felt unsure whether I could deliver lessons given a lack of teaching qualifications and previous experience. The reply was that I would receive free training and that everything I needed would be provided. The position was for two weeks in Italy, and it was currently a breezy 30 degrees. I very quickly made up my mind!

Still not quite knowing what I signed up to, I landed in Italy a few weeks later which kick-started what would turn out to be one of the more eventful fortnights of my life. I was met by Mr Green, an eccentric man who introduced himself as ‘one of the schools many martial arts teachers’. The next morning, I was introduced to an enthusiastic assembly of 100 Italian teenagers as ‘a leading economist and linguist from the LSE’. I kept quiet and accepted this near fraudulent accolade as gracefully as possible. Minutes later, I was in my classroom setting up the first lesson when thirty students traipsed in ten minutes early, opened their books and looked at me in anticipatory silence.

I became a very organised person and eventually became immune to the effects of class timetables being changed, children switching classes, missing homework and vanishing resources. I quickly became good at judging lessons which would hold the interest of my groups. I ended up creating really successful classes merging the English syllabus with political and economic themes and fun activities. In one lesson, the students created their own political parties, held a debate in English, and subsequently voted. The next day, it emerged that the populist student parties had won the exercise, and my fictitious classroom state built a wall and crashed out of the Eurozone. The two weeks flew by, and the feedback from the students following the school was overwhelming. I was consistently rated the best teacher, and English beat everything (even Martial Arts) in the summer schools subject rankings for the year. I was very proud.

Whilst becoming an English Teacher in Italy was something I would never normally consider, this accidental placement was a fantastic experience. A heartwarming, yet slightly tragic moment was when a student hugged me and said they would give up on their dreams of becoming a doctor to pursue economics. I learnt a lot about working with others, self-reliance and thinking on my feet. Consequentially, I now also have a particularly impressive array of answers to interview questions which are bound to crop up in the coming months: achievements I’m particularly proud of, conflict resolution, overcoming adversity, and effective communication. Pretty much all of my infamous ‘STAR‘ answers could easily start off with ‘Last year, when teaching in Italy…’

Another unexpected twist to my summer was the discovery of a bank insight programme in Cyprus. I heard about this programme through a Careers email which hit my desktop during the exam season. The message advertised an ‘all paid for opportunity’ in Limassol. The line up of speakers was incredible, featuring a Nobel prize winner and experts who came to talk about ‘The Cyprus Problem’ and ‘The Rise of China in Finance’ amongst other topics. I wrote a cover letter, attached my CV, and was accepted so quickly I became slightly worried it was too good to be true. So merely a week after stumbling off the plane from Italy, I was back at the airport meeting the six other successful LSE applicants.

This turned out to be an incredibly eclectic, fun, and by no means conventional opportunity. Students came from Moscow, Warsaw and some were Cypriots. We became a super fun bunch of international students! We met the CEO of the bank and a number of its board of directors. Its auditors came in to talk about regulatory trends and gave us an afternoon of soft skills training. We got to meet representatives from the European Investment Bank who spoke about various projects promoting the development of Cyprus and quizzed politicians and economists, including Sir Christopher Pissarides, on a huge range of topics. The LSE students were particularly inquisitive in their bid to learn the causes of things before anyone else. We also were taken on a series of excursions from Limassol. This included a yacht party on a three story catamaran and a trip to the presidential palace to meet the First Lady.

For students keen on building their own summer experiences, the following tips may seem familiar but are tried and true. During term-time, keep checking your LSE mail as there are some gems of opportunities that get posted (and often missed by other students). Another great starting point is LSE CareerHub which posts an incredible number of opportunities right through summer. Never be afraid to reach out to contacts and make the most of the family connections where you can, and remember that old work colleagues and bosses will usually look out for you! Finally speculative applications, although challenging, can pay dividends. Don’t underestimate the number of organisations all too happy to snap up a bright young LSE undergraduate for work experience!

I would also urge students not to worry too much if they have not yet landed their mammoth internship with an industrial monolith. Organising summer experience from scratch initially was stressful; I hit the infamous ‘application brick wall’ several times. But persistence pays off and you could end up with an amazing itinerary. My summer plans materialised in the latter half of Lent and Summer Terms and it was great to be able to pursue a wide range of interests in several countries over the break. In addition to my trips, I was excited to get picked for LSE’s new Research Assistant programme in April so do look out for these kinds of opportunities closer to home! I also made successful speculative applications in July for work experience in journalism and finance. The people at those organisations were so friendly and happy to show me what made their work successful. They were also brimming with useful advice and will be amazing contacts for the future. With a proactive attitude it’s possible to create a fantastic summer plan packed with experiences encompassing any number of your interests in multiple countries. 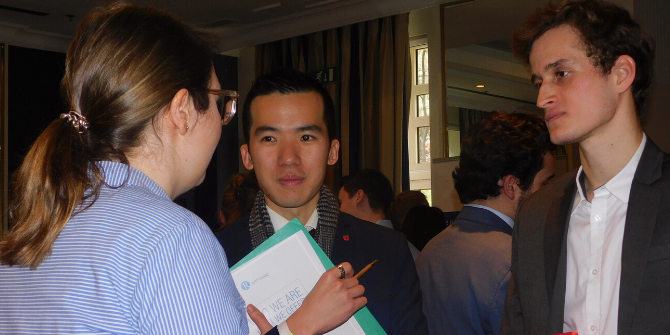 Book your place for the European internships fair in Brussels! 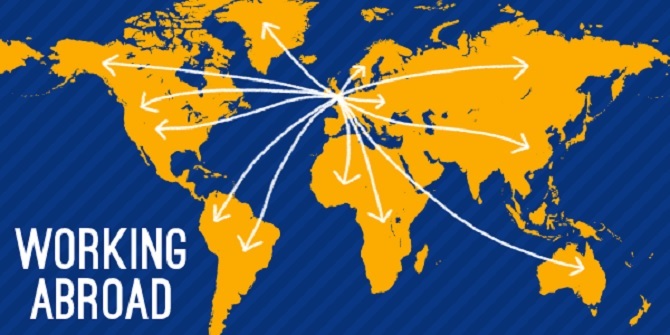 Bad Behavior has blocked 171 access attempts in the last 7 days.