An Evening with the Circle of Intrapreneurs

An Evening with the Circle of Intrapreneurs

On Thursday 7 February, students from across the School joined the Circle of Intrapreneurs to discover and explore how to create social impact. The event, a collaboration between LSE Careers, the Department of Geography and Environment and LSESU, was full of insights and tips for those interested in intrapreneurship – but what is intrapreneurship? Graduate Intern for the Department of Geography and Environment, Josh Hardman, writes about the night and explains all in today’s guest blog! 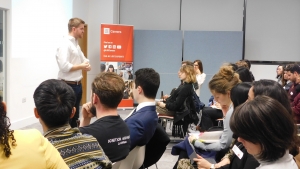 The evening kicked off with a talk from Tim Heard, co-founder of the Circle of Intrapreneurs and Head of Intrapreneurship at Barclays and an interactive poll which immediately revealed that intrapreneurship was an unfamiliar concept to many; with a good chunk of the audience believing the organisers to have confused their i’s with their e’s!

Luckily Tim gave us a broad overview of intrapreneurship, explaining that it entails harnessing corporate assets, resources and talent to initiate and sustain socially positive change while maintaining a business justification. It was here that Tim made the distinction between philanthropy and ‘good business’, where intrapreneurship falls into the latter category. Beyond the ethical benefits of intrapreneurship, Tim explained how being an intrapreneur is more stable than being an entrepreneur, and allows us to effect large-scale change.

The theme of ‘carving out’ your own path within a corporation was introduced here and was recurrent throughout the presentations.

The gist was: it doesn’t matter so much who you work for or what you do to begin with; you can create your own role within a company. His parting message certainly chimed with the audience, and should provide comfort to many soon-to-be or recent graduates: you don’t have to have it all figured out, just the right mindset. 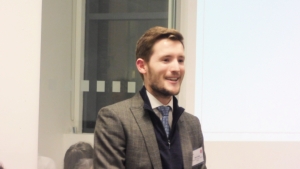 Next up was Matt O’Shea of Refinitiv, whose moment of social intrapreneurship inspiration struck when he was sat at an Ed Sheeran concert. Despite the concert being sold out, and his having to pay through the nose for tickets, Matt couldn’t help but notice empty seats in the corporate sections.

After investigating, Matt realised that corporate tickets, often reserved as gifts for clients, were frequently going to waste. So, he came up with Ticket Aid, a project to reclaim wasted corporate tickets and sell them to true fans, but with a twist: revenues go to a charity of the ticket donor’s choice. As such, Matt could market the service to corporations as a way to boost their fundraising capabilities and reduce their corporate waste, thus providing an indirect revenue proposition and sparking a conversation within Refinitiv about how they can drive positive social change, leveraging their resources for good.

Key takeaways from Matt? Be creative in how you incorporate your social mission into the corporate environment; and worry less about the organisation you work for, and more about how to carve out space for your passion within your role. 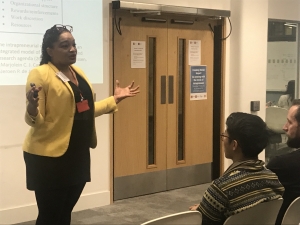 We then heard from Dr Nadia Millington, Deputy Director of MSc Social Innovation and Entrepreneurship who through some large-scale examples of social intrapreneurship, such as the work done by Unilever’s Shakti women’s aid project and Acre Africa’s seed-based farmer insurance scheme. Nadia also highlighted the benefits of social intrapreneurship for corporations themselves, such as the idea of self-renewal of employees, explaining that by giving employees the autonomy to pursue their own ideas and interests, firms are rewarded with an invigorated staff.

The final speaker of the night was LSE alum Nick O’Shea of Ignition Brewery who took to the floor admitting he is ‘not quite an intrapreneur’, but rather the founder of a social enterprise. Nick, who studied Economics before working in the Civil Service, established Ignition Brewery which is staffed almost entirely by people with learning disabilities. Nick, however, is keen to highlight that this fact is not used to market the brewery. Rather, the brewery makes it self-evident that people with learning disabilities can create something amazing, and has resulted in Nick’s former colleagues from the Civil Service visiting his brewery on fact-finding missions to inform adult social care policy. 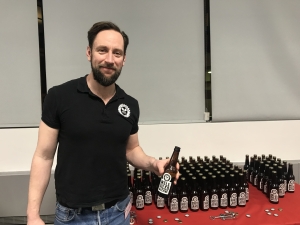 Ignition Brewery is an exemplar social enterprise: paying a London living wage, re-investing profits in expanding the initiative or ‘giving it away’, and led by someone with ambitions to positively change the culture in adult social care, the brewing trade, and society at large.

As talks for the evening drew to a close, an ‘exit poll’ was conducted and was definitive in showing that attendees now had a firm grasp on the concept of social intrapreneurship, and could understand how it could fit into their careers. Students and intrapreneurs then had the opportunity to network, ask questions and continue to get inspired!

If you’re interested in finding out more about social intraprensurship and the Circle of Intrapreneurs, head over to their website. And don’t forget that LSE Generate, the home for entrepreneurship here at LSE, support students and alumni with socially-driven ventures, so your journey for social impact can start whilst you’re here at LSE! 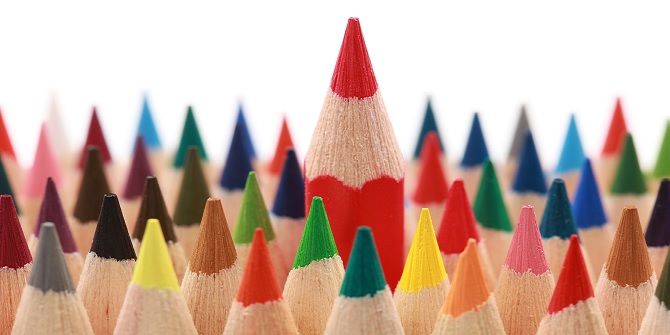 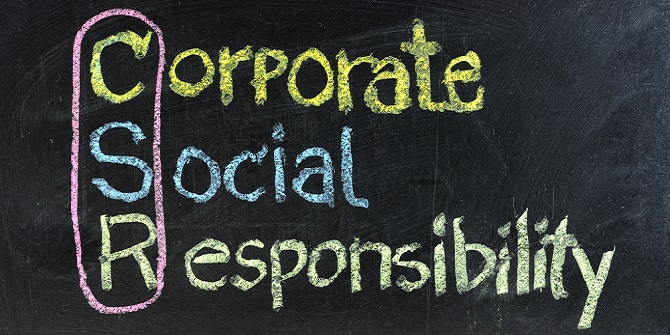 What are Corporate Responsibility careers?

Bad Behavior has blocked 1233 access attempts in the last 7 days.