Insights into the Brussels Bubble

Insights into the Brussels Bubble

Master’s student and Marketing and Communications Assistant for LSE Careers, Coralie Delettre, shares her experience of our recent European Internships Fair and reflects on her time in Brussels in this guest blog.

LSE Careers’ Brussels internship fair was a great opportunity to meet employers working in European affairs as well as peer into the inside of the so-called ‘Brussels bubble’. Talking to the representatives of the many organisations represented, many of whom were LSE alums themselves, gave great insights into the opportunities available but also the culture and work environment in Brussels. In addition, the alumni panel held at the Committee of the Regions allowed us, as students, to see an institution from the inside as well as to ask our questions directly to LSE alumni who were in our shoes just a few years ago.

The fair was very nice and a great place to meet employers face-to-face and hear directly about their open positions and internship opportunities. Because many organisations are recruiting interns for Summer 2019, it was worthwhile bringing along copies of your CVs to directly give to employers with your availability.

Reading up on the companies beforehand was also very useful – in my case, this was done on the Eurostar on the way from London to Brussels – as many of the names didn’t necessarily ring a bell but are quite well-known in the Brussels ecosystem. Since there are a lot of different organisations represented, including many public affairs consultancies, a few communications agencies, EU institutions, NGOs or trade associations and even media companies like Politico, it was also good to have an idea of who was there beforehand to really target interesting companies. The fair environment can be quite exhausting, so I opted for talking to fewer organisations that I was interested in and having in-depth and memorable conversations with them, rather than speaking with as many people as possible. I found that many of the public affairs employers I talked to asked specifically which sectors I was interested in within European politics. Having a think about how to answer that question beforehand and having specific examples to back it up was useful to stand out against a lot of other students, many of whom are also specialized in European affairs. The fair was also a nice opportunity to mingle with students from Sciences Po and the College of Europe, and exchange experiences and perspectives!

Following the fair, an alumni panel was held at the Committee of the Regions. It was very cool to get to step inside one of the EU institutions and hear specifically about the work of the CoR. We were joined by six alumni working in Brussels in very different roles, which allowed us to witness the diversity of paths that can be taken: Despina Manousos, who chaired the panel, is a policy adviser at the European Parliament; Federico Bruni is an economic consultant at Frontiers economics; Arnolds Eizensmits is a consultant at Bureau Brussels; Alessandra Pozzi Rocco is General advisor at the Office of the Belgian Prime Minister; Misachi Ogawa is a Parliamentary Assistant;  Dominique Orsini founded and is the managing director of Political Edge, a risk advisory firm; and Elettra Di Massa is part of the Junior Professional Programme at the European Commission.

Members of the panel shared their own very diverse experiences and how they had gone from LSE to working in Brussels. They highlighted that traineeships are very often the way to break into the Brussels bubble – even if they may seem like a step-down, graduates should see them as a good way to test out whether working in Brussels is right for them. Traineeships are the way to build a network and will often lead to a full-time position! Still, in order to not get stuck in a cycle of traineeships, the panellists advised us to choose the right traineeship by looking at the pay, a good indicator of whether the organisation will really be valuing your work, and talking to the employer and the team to suss out whether they would be a good fit.

The alumni also talked about the importance of having a plan and starting early, but also remaining flexible and ready to grasp opportunities you may not have considered before! Working in smaller firms, although they might not be as well-known as bigger organisations, can be great to gain experience and responsibility from the get-go.

One of the most striking things that came out of the panel was the importance of networking in Brussels – but panellists highlighted that you can make networking work for you and leverage your preexisting connections, for example, your former classmates and colleagues! The culture of networking in Brussels is also very straightforward, and people are very open to meeting for coffee and giving advice and tips. As a newcomer in Brussels, you shouldn’t be afraid of invading people’s professional space – but make sure that you come prepared to coffee meetings or networking events, and always follow-up with your contacts. Networking doesn’t have to be overwhelming or scary – but it does take time and effort!

Dominique singled out two paths in Brussels: EU institutions, on the one hand, are big, hierarchical, and offer quite linear and stable career paths. They value knowledge. On the other hand, the whole ecosystem around the institutions is more suited to people seeking freedom, creativity, and non-linear careers. Think about what kind of environment would suit you most and use traineeships to test out whether they are the right fit you or not!

In terms of competencies that are valued in Brussels, having an EU-related degree can be important but is not the only way to make it in. Alumni shared the importance of combining skills to stand out and being willing to learn. Languages are always very important at the European level, but knowledge of politics, diplomacy, as well as business and communication, are also valued.

All in all, the internship fair and alumni panel gave me a much better idea of the opportunities available in Brussels, and a lot of elements to figure out whether I would see myself working there and, if so, how to go about breaking into the Brussels bubble!

Missed this year’s event? Catch-up and listen to the panel event here. 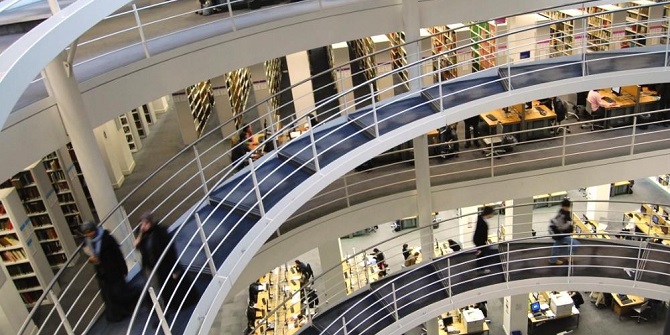 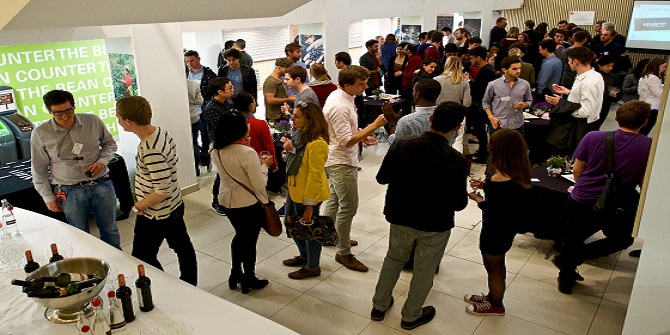 How to find a job in a startup

Bad Behavior has blocked 1140 access attempts in the last 7 days.