As part of Political Risk, Conflict and Security Week, LSE Careers hosted a panel of alumni working in political risk, conflict and security, who shared their experiences, advice and tips for students interested in this sector. 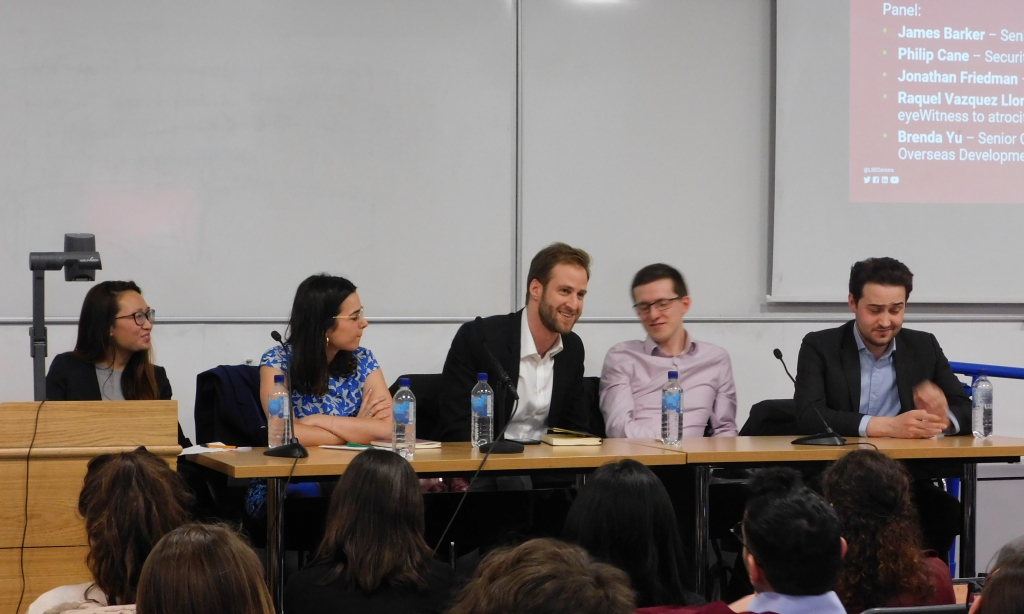 James Barker, who is currently a Senior Director at Kroll, started off by admitting that he didn’t really think about a career until the day he graduated. He joined Kroll as an intern and worked his way up to senior director, and described his role as more problem-oriented, as Kroll usually gathers intelligence for companies after things have already gone wrong. Always an avid fan of spy movies, he particularly enjoys being in on the secret and the actual practice of investigating. He outlined the upsides of working for a smaller organisation, and the opportunity to be exposed to clients and more responsibilities from the get-go.

Philip Cane is a Security Risk Analyst at De La Rue, and he ended up in political risk after working for a think-tank on humanitarian issues as well as a small insurance consultancy firm. He was head-hunted by De La Rue to become a travel risk analyst, and particularly enjoys the variety of the role.

Jonathan Friedman is a Partner at Wallbrook and has a keen interest in working at the intersection of the private sector and politics. He advised students that they don’t have to have everything figured out now, and that they shouldn’t fit themselves to the job – rather, a career can become a process of self-discovery. He warned that political risk is a tough industry with a surplus of applicants and advised students to think about due diligence as a possible alternative way in. To break into this industry, he summarised the most important skills:

Raquel Vazquez llorente is a Senior legal adviser at startup EyeWitness and a human rights lawyer passionate about using technology to prosecute international crimes against humanity. She has worked for different organisations, including the UN in Cambodia, and described her path as ‘not very straightforward’ but she always wanted to work in criminal international justice. Raquel especially emphasised the importance of one’s value system. She advised students to make sure to sit and think for themselves, to not end up in a career by default or settle for easy. She encouraged attendants to also think about bosses and managers when considering where they want to get a job and to try and experiment with their career – always keeping in mind their values.

Brenda Yu is a Senior Communications Adviser at the Overseas Development Institute, but she started out working in business development. She pivoted towards global affairs and got a short-term consultancy post for the UN refugee agencies, working on public service announcements and raising awareness before World Refugee Day. She then joined World Vision working in humanitarian crises as part of the press team and found herself a focal point during the Syrian refugee crisis. It proved to be very emotionally draining to work in the field, which is why she made the decision to join ODI, an international development think-tank bridging the gap between policy and research. 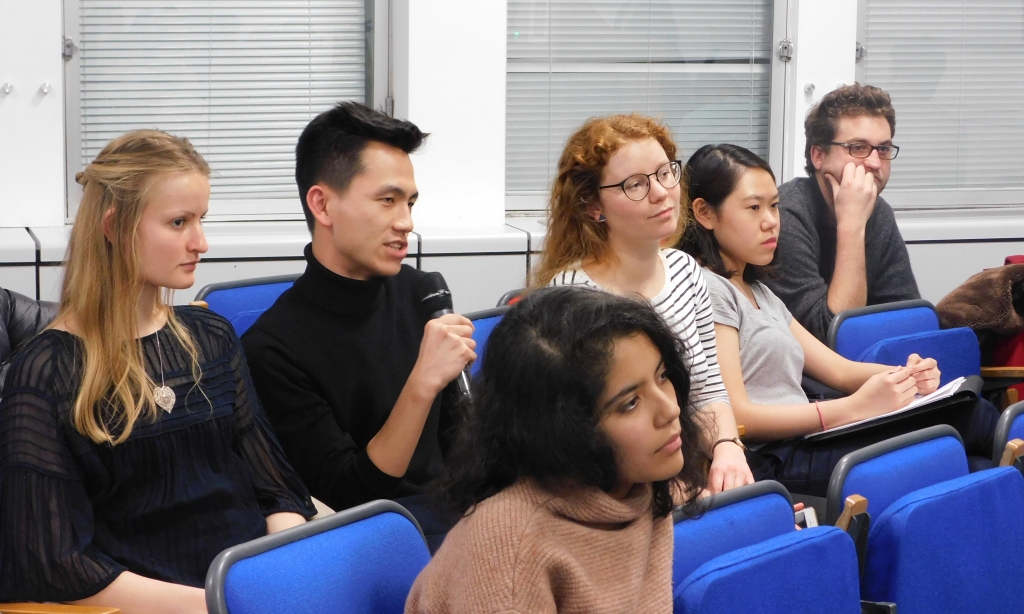 In the Q&A, students asked about how to market an LSE degree and make your CV stand out in the industry, in response to which the speakers emphasised the importance of transferable skills. They advised students to show they are hungry, ambitious and have relevant job experience – which can be gained by volunteering or taking on some internships to show their interest in the sector. CVs should also have a narrative and make obvious who the candidate is and what they care about. For the political risk sector, having a focus on certain regions and knowing different languages is important, and travelling can count as valuable experience – Philip Cane shared a story of going to North Korea after graduation, which proved an interesting talking point in his post-grad interviews.

When asked about the thing they hate the most about their day-to-day job, the speakers emphasised that there is a very high rate of burn-out in the development sector, and that political risk often operates under very strict and stressful time constraints. Another frustrating particularity of the job is that as a political risk consultant you might spend months on a project, but whoever you present it to might never read it or apply your advice. You will also have to get past the question of why and how things happen as oftentimes companies don’t care – they only want you to give them very actionable information about how long a crisis will last, and to engage in ‘crystal ball’ exercises.

The panel was split on the question of whether it is better to specialise or to be a generalist – some argued that political risk firms need people able to think across different areas and to be generalists who also know when to ask the specialists. While it’s not required, starting out as a specialist can still be a good way to get your foot in the door. Jonathan Friedman shared his experience of starting out as a Turkish specialist, which gave him the opportunity to talk about Turkey on TV and raise his profile, before pivoting to other roles within his company.

In general, the panel highlighted that there is no one path to a successful career in political risk and security – but that it should be driven by your interests, your passion and your values.

To learn more about opportunities in specific sectors and industries, have a look at our Employment sector pages on the LSE website!